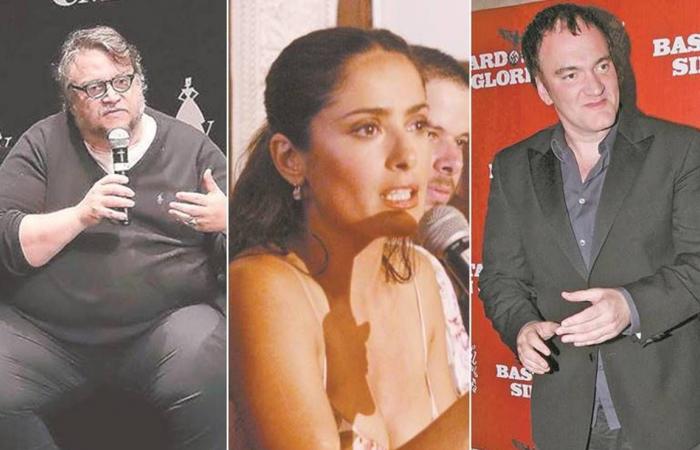 On October 3, 2003, with the film “Nicotina” at the Convention Center, the Morelia International Film Festival. This year, amid the pandemic, it celebrates coming of age with a hybrid edition that begins Wednesday. Daniela michel, its founder, lists 18 historical moments. The 2020 programming will be free on the digital platform; It begins in person with the restored version of “Amores perros”.

Filmmaker with glory. The dinner that was held with director Quentin Tarantino, which lasted 6 hours, after the presentation of his film Bastardos sin Gloria. It was in 2009.

Here comes Coco. The world premiere of the film COCO, from Disney, especially significant
because the film was inspired, in part, by places and traditions in Michoacán.

Also read: Guie’dani’s Navel, a film in Spanish and Zapotec, aspires to represent Mexico at the Oscars

The actor with the tortillas. Willem Dafoe came in 2016 to present the film Father, but wanted to visit Pátzcuaro, where he took photos with locals and learned how to make tortillas.

The director’s lullaby. Alfonso Cuarón was in Morelia to present ROMA and was accompanied by Libo, the lullaby who inspired the central character of the film and who made Yalitza famous. In 2018 Cuarón received the first edition of the Artistic Excellence Award, in addition to a sculpture made by Javier Marín, called El hombre que renace.

Mentor. The first edition of Impulso Morelia, a project by José Maria Riba to support films in progress.

The Mexican James Bond. The tribute to the Moreliano actor Julio Alemán in 2008; he insisted on singing for his public on the street.

The reborn. Alejandro González Iñárritu had confirmed his attendance for the Birdman premiere but had an unforeseen event in his filming of The Revenant and canceled days before. However, he changed his filming plan to come to FICM. It was one of the most beautiful gestures I have ever seen.

It’s never enough. Guillermo del Toro’s conference. There were so many people in line that he repeated the conference for that audience.

Hosts. The Berlinale Spotlight, which consisted of representing all the sections of the Berlin Festival within the framework of the FICM.

Charolastra. The times we have received Gael García Bernal in inaugurations and functions, since 2004, with Motorcycle Diaries.

The pioneer. actress Salma Hayek reached the first edition. She was very generous with her time and gave an award.

From genius to genius. The conversation that Werner Herzog and Barbet Schroeder had in Spanish the first year of the festival.

18. The endearing presence of friends and mentors who made FICM what it is today and who are no longer with us: José María Riba, for me the best friend in Mexican cinema; Pierre Rissient; Pepe Escriche, founder of the Huesca Festival; set designer David Antón and my fellow programmer Joaquin Rodríguez.

Also read: They will analyze the impact of Covid-19 in the cinema and the extinction of FIDECINE, at UNAM

Divas night. The presence of Isabelle Huppert and Juliette Binoche, who received the Medal of the Film Library, made with film silver.

Cinema and magic. The visit of the filmmaker and psychomago Alejandro Jodorowsky attracted thousands of admirers to his conference.

Of legend. The feature of the film Bonnie and Clyde, in the presence of its legendary director Arthur Penn.

First. The visit to Mexico by Thierry Frémaux, director of the Cannes Film Festival, who went to Pátzcuaro to inaugurate the Emperor Theater.

Hungary time. The visit of the Hungarian filmmaker Béla Tarr, who presented the first retrospective dedicated to his work in Mexico.

These were the details of the news FICM 2020. The city that caught Del Toro, Salma, Tarantino … for this day. We hope that we have succeeded by giving you the full details and information. To follow all our news, you can subscribe to the alerts system or to one of our different systems to provide you with all that is new.