This is why scientists think women are better suited to space... 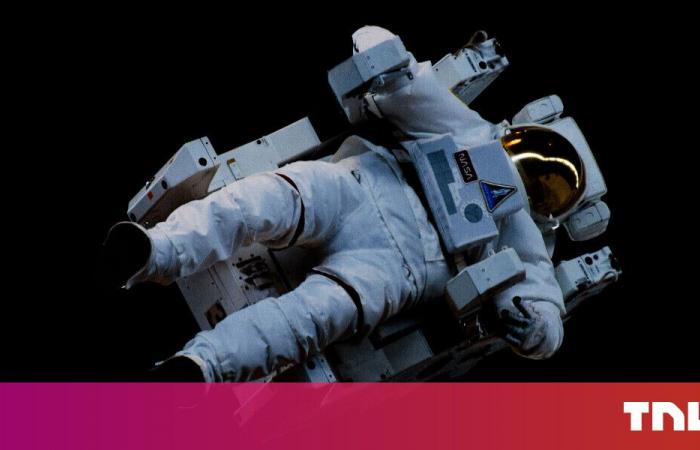 Are women better astronauts than men? This question will be central to our selection of crews for the Moon, Mars and beyond, as we conduct the colonization of space.

In the struggle for gender equality, women have already proven that they are capable of anything – including conquering outer space – and that even the sky is not the limit to their success.

“The first all-women spacewalk on the International Space Station was conducted in October 2019, and many other milestones have already been achieved by female astronauts. But there is still no first woman on the moon (or on Mars), ”writes Katharina Buchholz for Statista.

The first woman in space

Valentina Vladimirovna Tereshkova was born in Russia in 1937. At the age of 18, she designed parachutes in a textile factory to promote her love of skydiving.

In the early 1960s, the Soviet and American space programs were each busy reaching milestones in space exploration and staging their opponents. Soviet officials tried to beat the United States by sending the first woman into space and selected Tereshkova as the first woman in space.

Tereshkova was launched into space on June 16, 1963 aboard the Vostok 6 spacecraft. After 3 days, Vostok 6 re-entered the atmosphere, culminating in Tereshkova, which successfully jumped to Earth after ejection to 20,000 feet. (This was standard for cosmonauts at the time).

“After her historical space travel, Valentina Tereshkova received the award of the Order of Lenin and Hero of the Soviet Union… In 1966 Tereshkova became a member of the Supreme Soviet, the national parliament of the USSR, and she was the Soviet representative of numerous international women’s organizations and events. She never entered space again, and her flight was the last space flight by a cosmonaut until the 1980s. “ The History Channel reports.

Although women were successfully trained as American astronauts In the 1960s, it took the US 15 years to fully accept women into its astronaut corps. In 1978, NASA approved six women as the first female astronauts in the US space program.

One of them was Sally Ride, a physics doctor who joined the STS-7 crew as a mission specialist on April 30, 1982. She was also the first American female astronaut to return to space a second time in 1984.

“Ride made history again when she became the first American woman to fly a second time on October 5, 1984, on the STS-41G shuttle mission, where she was part of a seven-person crew that spent eight days in space. Another woman, Mission Specialist Kathryn D. Sullivan, was also part of that crew. This made her the first NASA space flight with two women on board (Sullivan was the first American to walk in space during this mission).
The History Channel reports.

After that, more than 59 women, including cosmonauts, astronauts, payload specialists, and foreigners, and several other women, flew into space Astronauts are now preparing for their first flight beyond Earth.

Despite tremendous progress, since Sally Ride was her first flight, over 80% of astronauts are still men. The 2013 class of incoming astronauts was the first to achieve a 50/50 split from women to men.

There are several reasons that suggest women Astronauts can outperform men in some ways, including:

“More importantly, men have problems with vision deterioration that women don’t experience as often or as badly. NASA astronaut Scott Kelly, who has spent a total of 520 days in space and has eye problems to prove it, wrote in his autobiography, half-jokingly, “If scientists can’t figure out what’s causing these eye problems, we may have to send to Send an all-female crew to Mars “ Nadia Drake writes for National Geographic.

Women have already proven to be great astronauts. However, there aren’t enough studies to conclude whether Women should make up most – or all – of the first colonists in space.

This article was originally published on The cosmic companion by Dr. Ana Luiza Dias and James Maynard. You can read this original piece here.

Astronomy news with the cosmic companion is also available as a weekly podcast that is broadcast by all major podcast providers. Every Tuesday, catch the latest astronomy news and interviews with astronomers and other researchers working to uncover the nature of the universe.

These were the details of the news This is why scientists think women are better suited to space... for this day. We hope that we have succeeded by giving you the full details and information. To follow all our news, you can subscribe to the alerts system or to one of our different systems to provide you with all that is new.