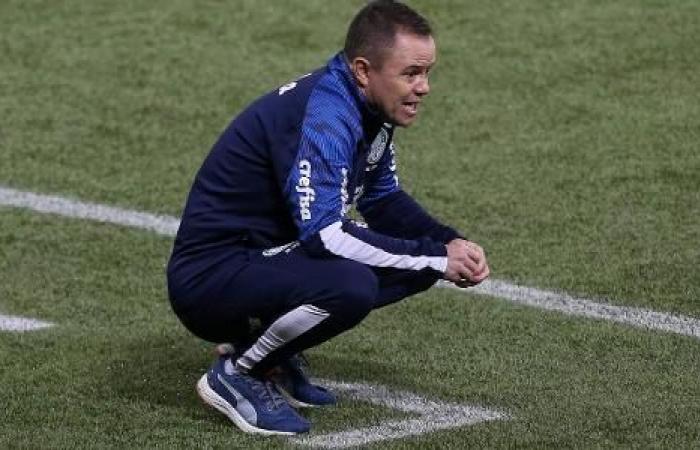 At least for now, Palmeiras plans to spend the same amount on the new technical commission that it paid for Vanderlei Luxemburgo and his teammates. This means about R $ 1 million per month including the technician and his assistants’ salaries.

With Miguel Ángel Ramírez, the idea was for the Spaniard to earn US $ 100 thousand, which meant just under R $ 600 thousand. The account was going to increase with the maturity of at least four assistants that he would bring from Ecuador.

The high exchange rate is an obstacle to negotiating with foreigners, preferred by the board. For comparison, in 2015, the same US $ 100 thousand that São Paulo paid to Edgardo Bauza meant R $ 400 thousand.

The value of the United States currency has risen since the beginning of the year. In January 2020, the currency was worth just over R $ 4. The price was already rising even before the pandemic and skyrocketed with the disease reaching the whole world. Today, it is around R $ 5.60.

In an eventual negotiation with the Spanish Quique Setién, the board would argue with the coach that the investment power of the Brazilian teams is lower and that he would need to drastically decrease his earnings if he comes up with the project at Palmeiras. To get an idea, he earned 500 thousand euros in Barcelona, ​​which today would mean more than R $ 3.3 million per month.

With Gabriel Heinze, negotiation can be easier, since he is unemployed and the payments for technicians in Argentina are not so high compared to Europe. The point is that the Argentine is known in his country for not being someone who negotiates his contracts in a hurry.

Alviverde’s current speech is calm enough to find the ideal candidate after the failure with Miguel Ángel Ramírez. Palmeiras continues in search of a coach to take over the team immediately and avoids giving details of how the negotiations are.

These were the details of the news Palmeiras wants to settle with new coach without changing financial level... for this day. We hope that we have succeeded by giving you the full details and information. To follow all our news, you can subscribe to the alerts system or to one of our different systems to provide you with all that is new.