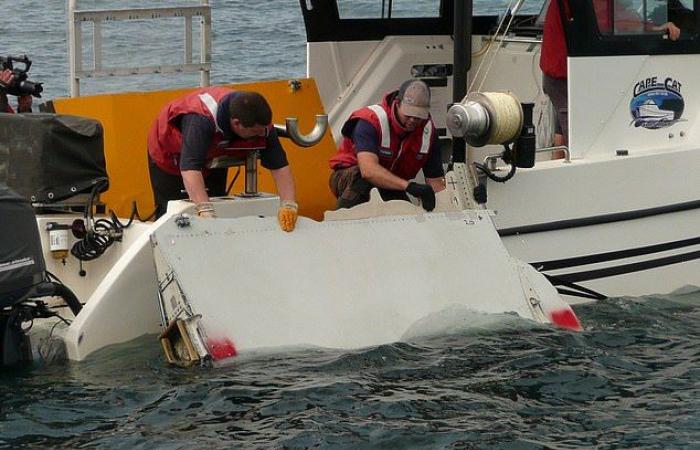 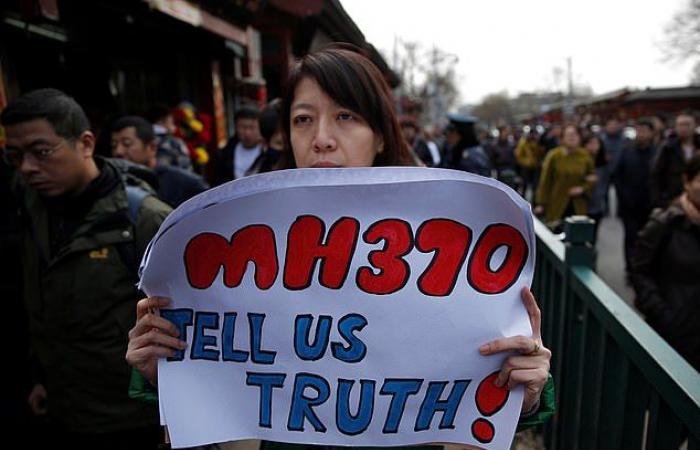 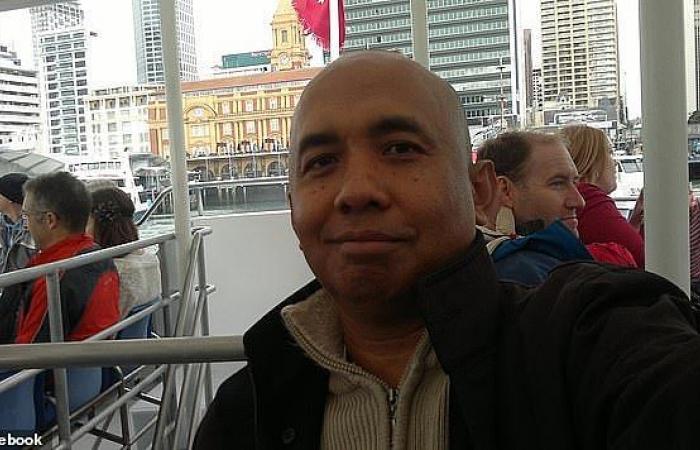 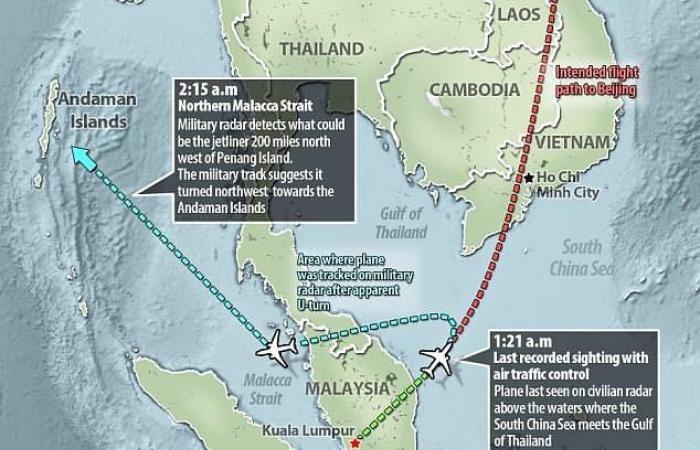 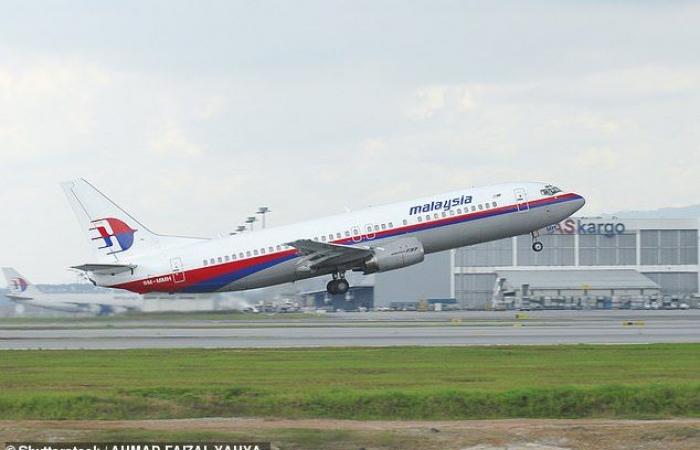 Aviation experts have claimed they finally found the crash site of Malaysia Airlines Flight 370, which disappeared in March 2014 with 239 passengers on board.

Despite a four-year international search of $ 200 million across an area of ​​more than 120,000 square feet, the wreckage of the aircraft was never found, creating the world’s greatest mystery in aviation. 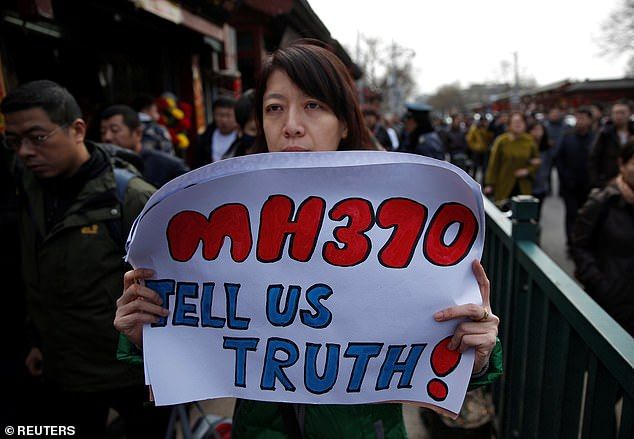 Catherine Gang, whose husband Li Zhi was on board the missing Malaysia Airlines flight MH370, holds a banner as she walks outside the Yonghegong Lama Temple on March 8, 2015 after a gathering of family members of the missing passengers in Beijing

US-based engineer Victor Ianello and his team said this week that the Boeing 777 is within 100 nautical miles of these coordinates, according to AirLive.

Mr Ianello, who assisted Australian officials in the search, believes the plane passed 4,340 km past Indonesia before the crash.

Another aviation expert, Byron Bailey, a former pilot, also said investigators were looking in the wrong place and should have looked south of the search site.

“I’m sure the captain tried to drop the plane as far south as possible in a remote location and leave as little wreckage as possible to sink.” Mr. Bailey said.

He claims the search was within 30 km of the location of the plane wreck.

“If I’m wrong, it probably means that the plane was taken over by aliens or is in a hangar somewhere in Kazakhstan. I would bet my house on it. As far as I’m concerned, we know where it is, we’ve always known where it is, ”he said. 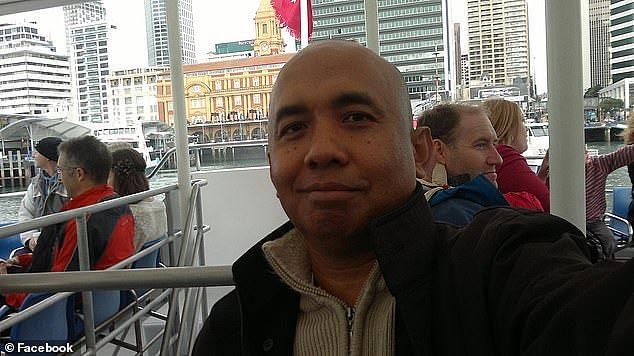 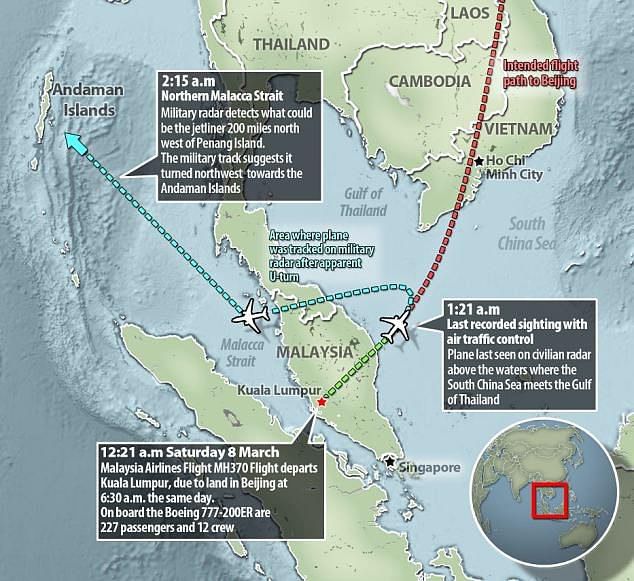 Former Australian Prime Minister Tony Abbott claimed in February that Malaysia had secretly concluded that the pilot at the head of doomed Flight MH370 had committed mass murder-suicide.

Mr Abbott sensationally revealed that, just days after the tragedy, he was told by the “top levels” of the Malaysian government that Captain Zaharie Shah was a suicide rather than that they were to blame for the plane.

In public, the Malaysian government’s investigation remained inconclusive, but privately, Abbott claimed the front-runners knew the real explanation within a week of their disappearance, but said the search teams were never informed.

“My very clear understanding of the top levels of the Malaysian government is that from the start they thought it was murder-suicide by the pilot,” Abbott said in a Sky News documentary.

Malaysian investigators publicly gave Captain Shah the all-clear and searched for areas where they believed a “ghost plane” – which continues to fly without anyone being able to control it – could have reached before it ran out of fuel and fell back to earth.

The search for the aircraft’s possible trajectory was based on an understanding that the pilots were dead or somehow incapacitated before the plane crashed.

In this scenario, the aircraft would have continued on its designated path, but deliberate action by a pilot to crash the aircraft meant that it could have landed well outside the areas searched up to that point.

Mr Abbott requested a new search for the plane, saying if there were areas that had not previously been searched because the teams were working on the assumption that the pilot did not deliberately shut down the plane.

“If there’s a part of this ocean that could have been reached on this basis that hasn’t been explored, let’s go out and explore,” he said.

Other ideas that were circulating at the time were an attempted hijacking, a fire on board, or catastrophic engine failure. However, these theories have raised questions about why a distress signal was never sent. 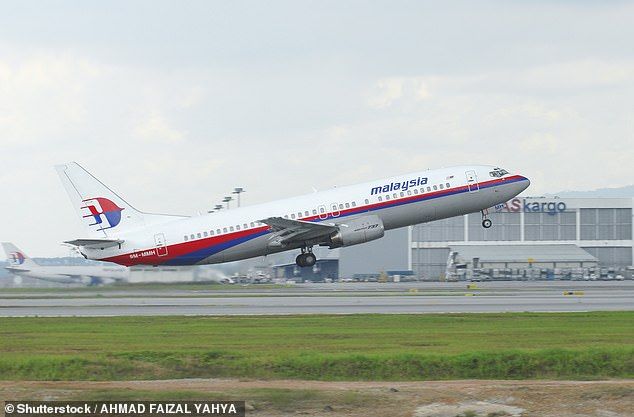 These were the details of the news New hopes for MH370 six years after the plane went missing... for this day. We hope that we have succeeded by giving you the full details and information. To follow all our news, you can subscribe to the alerts system or to one of our different systems to provide you with all that is new.