What history tells us about our future: the long night of... 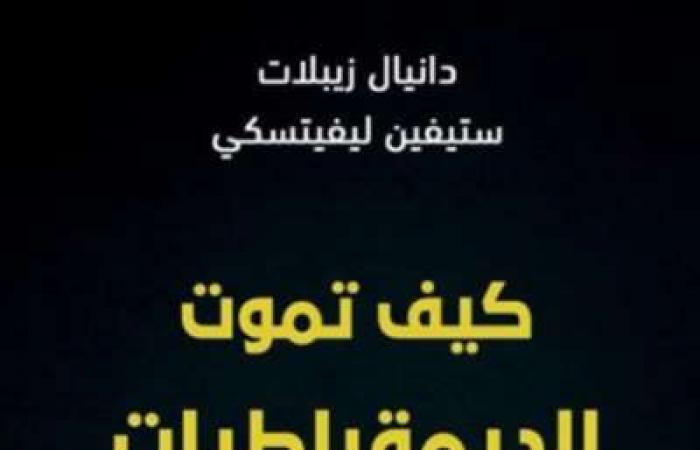 The great majority of people today believe that communism was an integrated political, ideological, intellectual, and sociolinguistic unit. Living in this system means that one must obey the precise directives of the ruling party, to the point where one was expected to become indistinguishable in words, thoughts, and actions from millions of other citizens. Stalin’s Russia, Mao’s China, Communist Albania, and North Korea are the closest examples to people’s minds. As for liberal democracy, it is still believed to be a system of rich diversity. But this belief has been diverted from reality, to the point that the opposite view now appears closer to the truth. Liberal democracy is a powerful unification mechanism that blurs differences between people and imposes uniformity in opinions, behavior and language. Finally, Dar Sutour (Baghdad – translated by Raad Zamel) announced the imminent release of the Arabic version of the book “How Democracies Die – What History Tells Us About Our Future” by Harvard University political science professors Daniel Ziblatt and Stephen Levitsky. The book comes against a backdrop of a political climate marked by increasing ideological polarization in Western democracies, especially the United States. “How Democracies Die” is a rhetorical cautionary theme presented by the authors of the book, as follows: “The tragic paradox of the electoral path to tyranny is that the killers of democracy use the same institutions of democracy, gradually, politely, and even legally, to kill them.

Democracy killers are using the same institutions of democracy

The liberal Democrats wholeheartedly embraced a belief in the inevitability of history. No alternative political paradigms have been drawn or even seriously considered, as the effectiveness of the democratic system remains impressively high. Therefore, liberal democracy will likely continue to expand, and the system will continue to affirm a set of beliefs / rules – as the authors of the book call them – that believers in the liberal democratic order claim not only to live in, but are also the only set of beliefs worth living in. The liberal democrat feels privileged and fortunate because he is not like these “idiots” or unfortunate “miscreants” of the Communists and the National Right who have failed to accept the obvious. All these factors combined reinforce the Democrats ’belief that if the world is to live and develop, it must move in only one direction… the special direction of the liberal democrats.
So the liberal Democrats are absolutely right when they continue to suggest that history is over, and that if the world is to continue to exist in a satisfactory manner, it must develop in the same fashion. Of course, it is quite possible that some new rights will be invented to make everything more convenient.
However, the liberal democratic ideology and its resurgences will prove to be more absurd than before … that people who proudly worship their intellectual independence and revolutionary struggle will surprise everyone once again by adopting it with humility. We can imagine literature that increasingly talks about nothing, the discourse of diversity more vociferously and more concealment of an American-style homology. But all this will be another scene in the same final chapter of the long story that began historically: The long night of liberal democracy!

These were the details of the news What history tells us about our future: the long night of... for this day. We hope that we have succeeded by giving you the full details and information. To follow all our news, you can subscribe to the alerts system or to one of our different systems to provide you with all that is new.