Truce from Yemen to Syria and Iraq casts its shadow over... 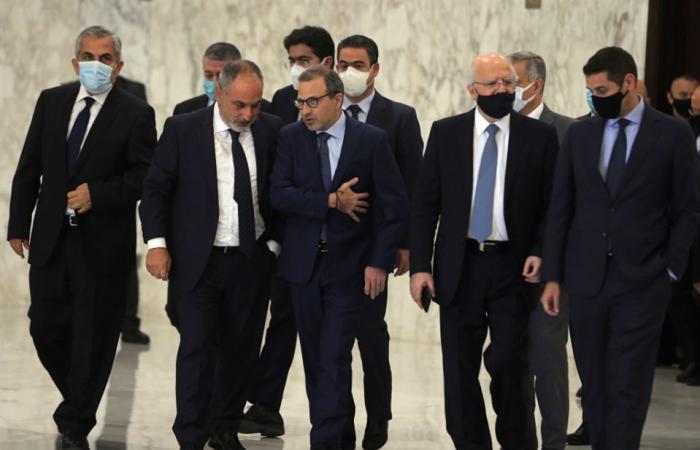 The country will enter the “dangerous zone” at the end of this year. The stampede is most intense on the way to a settlement or an explosion. Here, in Beirut, there are those who see an internal tendency to calm, especially with the region entering the orbit of reducing tension. Yemen, an unannounced truce in Marib, preceded by the largest prisoner exchange process between the two parties to the conflict since the start of the conflict, and between them the arrival of the new Iranian ambassador, Hassan Erlo, to Sanaa. Iraq, conditional lull in attacks against US forces. Syria, a Turkish withdrawal from military points in Hama, and a visit by an American official with the aim of reaching a “deal” for the release of American journalist Austin Tice. This is being achieved, while Lebanon was announcing the start of indirect negotiations with the Israeli enemy over the demarcation of the maritime borders. In the Lebanese calendar, the coming weeks and months will bear difficult challenges, starting with the US elections, passing through others in Syria, and ending with the Arab-Israeli normalization train. All of them lead to question marks, not the least of which is the question about the fate of the government that is supposed to be formed by the Prime Minister-designate, Saad Hariri, as well as its reform program, its negotiations with the International Monetary Fund, and its dealings with changes in the region and the world. While it is not possible to say for sure about the extent to which her birth is linked to the thalassemia pathway, but it will undoubtedly be a helpful factor, even if it is not fixed. Amid this climate, news comes about an Israeli strike in southern Syria, and a drone launched by the Houthis towards Saudi Arabia, and the United States of America continues to use the weapon of sanctions, the last of which was on the Iranian ambassador to Iraq.

It has been proven until now that there was no government in Lebanon before the American elections. However, a number of signs that followed Hariri’s assignment suggest that the political battle between him and the President of the Republic, General Michel Aoun, and the head of the “Strong Lebanon” bloc, MP Gebran Bassil, will be tedious in the composition stage, contrary to what the pre-commissioning period suggested. No sooner had the Hariri decree issued until the ceiling of the fighting subsided. Initially, Parliament Speaker Nabih Berri confirmed that the atmosphere was optimistic regarding the formation of the government. Then Bassil surprised everyone by participating in the parliamentary consultations and meeting with Hariri, noting that he announced at the last meeting of the bloc that he would not do so. Even the declarations made by the parties, it appears that the Terms and Counter-Conditions game are subject to modification in its rules. Does this have anything to do with what is happening in the region? Or is it related to considerations of subjective political forces?
It is not possible to overlook a basic internal factor that combines these forces that pushes them to round the corners with regard to composition. First, the country’s financial, economic, living and security conditions no longer tolerate the absence of an effective government. In addition to the French initiative, which, admittedly, provides “palliative agents” that eliminate the risk of a complete collapse, and may be the only way to rescue. But the emergence of a sudden desire to facilitate the birth of the government also relates to accounts with each party, which would push it to remove obstacles and meet the other, can be summarized as follows:
As for Hezbollah, stability in the country remains at the top of the list of domestic targets. Chaos and collapse mean that it will incur a great cost, especially since its Secretary General, Hassan Nasrallah, pledged not to allow Lebanon to starve. At a stage like this, the party will face a great responsibility related to its environment, so if the choice is a compromise to ensure stability that protects all Lebanese and distributes responsibility to everyone, then there is no objection to it. The party knows that a president like Hassan Diab and his government will not change anything about the reality of matters, and that not a single dollar of aid will enter the country, so Hariri remains a less bad option, even if his chance is not guaranteed, but it remains an opportunity.

President of the Republic General Michel Aoun wants to save what is left of his term. Wasting many months to form a government means a waste of time. It is better for his reign to end with a government of “forced opposites” than to be concluded with “total destruction” at all levels.
– After the failure of a number of businessmen – mutual friends between Hariri and Bassil to reunite them, the latter stepped back. It was not a retreat that implied a concession as much as it was a perception of interest. Finally, Bassil heard advice that “if Hariri pushes you out of the government, do not meet him in the middle of the road. You will not get it while you are outside it. ‘ Basil was asked whether he wanted to be in the position of opposition, and the same question was answered that the opposition would show opposition to the covenant and not to the government, so is it required to boycott the covenant? Not to mention that Aoun cannot conduct a battle alone using his signature alone, as there are many files inside the House of Representatives, and Aoun needs someone to help him in this stadium. As for the presidency of the republic from which Basil bases all his calculations, it is not “included in personal and permanent rivalries”!
Hariri was, according to Berri, the only acceptable partner within any government. Diab comes and goes, then someone else comes. The Speaker of Parliament remains convinced that the administration with the principal is kept from the agent. And based on his adherence to the French initiative as a last chance for salvation, it is necessary for him to overcome all the complexes in front of authorship.

It is better for Aoun’s era to end with a government of “forced opposites” than to end with “total destruction.”

As for Hariri, it means for him to return to the presidency, like breathing into him. There is no political life for Hariri outside the Saraya. The head of the Future Movement wants the chair for reasons related primarily to his sect and its fans. This return allows him to re-float himself and block the way for anyone who wants to enter a partner speculating against him from the family or outside it. As for the broader circle, there is no doubt that he wants to take advantage of the opportunity to devote himself to “the de facto leader who has no alternative”, the main element in salvation, the partner in drafting the decision and the representative of the highest Sunni in the state.
Therefore, the elements of rapid composition are present, preceded by Hariri’s desire to do so. If the aforementioned reasons intersect, the statements from the government of specialists will be just a “pinch of salt” to give it a different flavor. As for behind the scenes, where the government is sewn, it is possible to agree on a government-like one that includes specialists named by the parties, so that agreement on the program remains the basis, especially with regard to dealing with the International Monetary Fund and its terms. Of course, Hariri will not have what he wants from an absolute mandate, but the door is not closed to debate… “Some points on which agreement will be a condition for the composition. While others will be deported to the House of Representatives and will be dissected in the General Assembly, ”informed circles say.

These were the details of the news Truce from Yemen to Syria and Iraq casts its shadow over... for this day. We hope that we have succeeded by giving you the full details and information. To follow all our news, you can subscribe to the alerts system or to one of our different systems to provide you with all that is new.

PREV India’s COVID-19 daily cases hold close to record, another state imposes lockdown
NEXT US commander warns against attacks on troops in Afghanistan as deadline passes