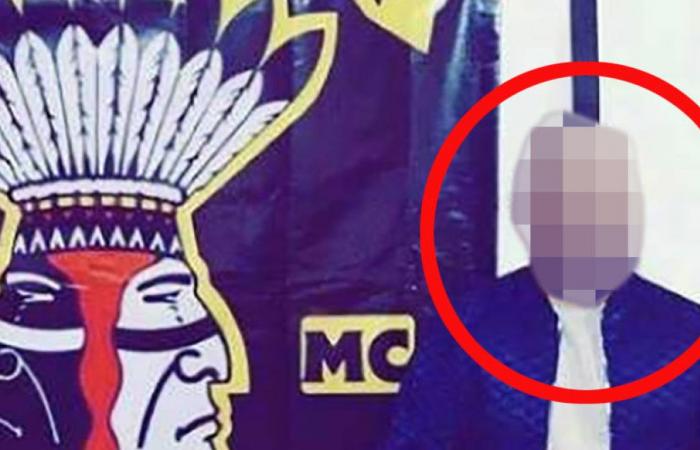 The Satudarah president from Vestli in Oslo risks double penalties after the police have now expanded the serious charge against the 35-year-old.

He was arrested in June by the Eastern Police District due to an incident of violence in an apartment in Skedsmo municipality and was charged with grievous bodily harm, threats and deprivation of liberty.

The Eastern Police District has now chosen to extend this charge to apply to organized crime with the so-called mafia section, which is section 79 c of the Penal Code. If the Satudarah president were to be convicted, it would mean that the penalty could be doubled.

– We have chosen to target the man according to that provision and it has been done after an overall assessment of the case as it stands now, says Christoffer Wiborg Seyfarth, who is a police lawyer in the case.

He emphasizes that the charge is a working document.

– The case is still under investigation and the charge can be changed at a later date, Seyfarth tells Dagbladet.

There are several accused in the case in which the Satudarah president is involved.

– One of the hypotheses we are working with is that there was a conflict between one of the accused and a person who was not in the apartment when the incident happened, the police attorney says.

The man was remanded in custody for four new weeks in Nedre Romerike District Court on Tuesday this week.

Deprived of the West

At the end of May this year, the police seized in the west the man who is president of the Oslo branch of the international 1% club Satudarah, It is the police in Oslo who then arrested the man and charged him with threats.

Since the police took possession of the West, the case of the West seizure has been pending in the court system, until the Borgarting Court of Appeal last week rejected the appeal and decided that the police can keep the West.

Trygve Staff, who is the man’s defender, has not responded to Dagbladet’s inquiries, but it appears from the ruling that his client believes the use of the vest falls under the concept of freedom of expression and that the police seizure is therefore illegal.

According to the ruling from the Court of Appeal, the police believe that the president of the 1% club has used the West as a tool to spread fear, pressure, threats and other criminal acts.

The police also refer to the man’s long criminal history where he has been convicted of, among other things, serious threats, serious violence, robbery and gun crimes.

“There is a danger that there will be irreparable damage to individuals if the West is handed over to the accused.”, The prosecuting authority writes in its explanation to the Court of Appeal.

In the vests, several “patches” have been sewn with the texts Satudarah, president, 1%, Oslo and Norway.

In addition, it is sewn on a “patch” with the text Maluku. It is the Malaysian name for the Moluccas archipelago. The club was established in 1990 in the Netherlands. 7-8 of the people who helped form the club descended from this archipelago.

The name Satudarah means “A blood” in Malaysian.

It is also the president’s responsibility to keep Satudarah’s international leadership, the so – called “Nationals”, informed about the activities of the department.

On April 1 this year, Satudarah signed the lease that secured the international 1% club a hangout on Bjørkelangen, just under an hour outside Oslo.

It was not going to go exactly as planned. The locals, the municipality and local police sat on their hind legs.

– They thought they came to a toothless municipality with a closed sheriff’s office, but here they meet me and an entire local community that wants them away, said Svein Engen, who is the police contact in Bjørkelangen.

Aurskog-Høland municipality asked the police for help in throwing the motorcycle club Satudarah out of their club premises in the center of Bjørkelangen. At the bottom was an urgent decision to cease use with immediate effect.

Despite the decision, Satudarah continued his activities in the premises at Bjørkelangen, but not without the dedicated attention of the police.

– Everyone who deals with Satudarah must expect the attention of the police because we closely monitor what the club is doing, says Anders Rasch-Olsen, who heads Special Operations in the Oslo police,

Half a year later, most of the club’s key Oslo members are now out of action.

Anders Rasch-Olsen believes that there have been many conversations between possible criminal partners and that attempts have been made to establish supporter clubs in several places in Norway, without it seeming that Satudarah has succeeded to any great extent.

– Most of those who were intended for a role in the club are now in custody or serving a sentence, says Anders Rasch-Olsen.

In addition to the president being in custody, two members of Satudarah are now serving sentences for a home robbery of an 80-year-old man.

– We have taken them for the crime they commit and had a high priority when it comes to cases. The police have worked well against the problem, both here in Oslo and in collaboration with the Eastern Police District, says Rasch-Olsen.

These were the details of the news Motorcycle Club Satudarah – Targets Satudarah president after the mafia clause for this day. We hope that we have succeeded by giving you the full details and information. To follow all our news, you can subscribe to the alerts system or to one of our different systems to provide you with all that is new.