Hariri will at any moment present a cabinet lineup of 18... 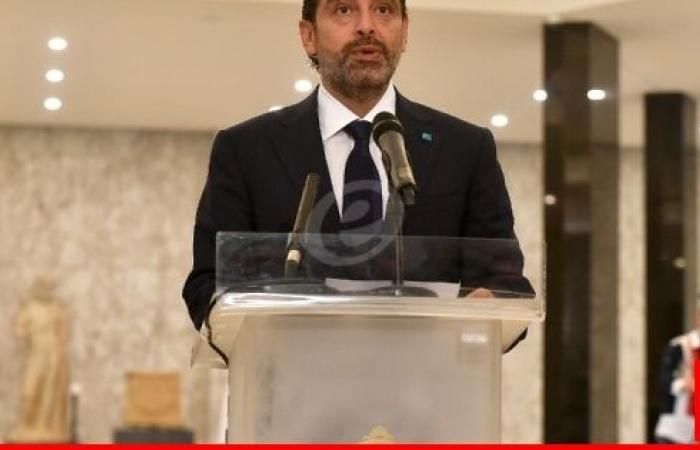 A political source stressed to “Asharq Al-Awsat” newspaper that “the president in charge of forming the new government, Saad Hariri, will not remain idle regarding the continuation of the stalemate that delays her birth and returns consultations to square one,” revealing that “Hariri will initiate at any moment To break the vicious circle surrounding its composition process by presenting President Michel Aoun with a draft ministerial formation of 18 ministers, so that he can build on what he requires in light of Aoun’s reaction, who is constitutionally entitled not to agree to it or to He asks to wait before determining his final position in the squad. “

The political source pointed out that, “Hariri has withdrawn himself from contacts since last Friday, and went to assess the outcome of his consultations with Aoun in preparation for determining which option he will take from a set of options to break the stall in the consultations that are taking place in a vicious circle,” and he said “He decided in his opinion that he would present Aoun in a cabinet formation, and so forth, he would return the ball if he objected to it without resorting to the option of apologizing, at least in the near future.”

“Hariri takes into account that the ministerial formula is made up of independent and specialized ministers, and those who participate in it have nothing to do with the media leaks that dealt with his consultations from an angle that gives priority to quotas in the distribution of ministerial portfolios.” He believed that it “achieves a balance between the sects and pushes towards breaking the customs and traditions in the distribution of the sovereign portfolios in terms of his insistence that some of these bags be from the share of the small sects instead of being limited to the four sects: Maronites, Shiites and Sunnis.” Orthodox. ”

And he considered that “the ministerial formula prepared by Hariri is supposed to be a cause for local, Arab and international confidence to pass a message to everyone concerned that he remains committed to the French initiative and to the road map presented by President Emmanuel Macron and which won the support of the most prominent political components that he met at the Pine Palace”, categorically “Another formula will inevitably be met with rejection by the international community, which is showing its willingness to save Lebanon and help it out of its crises, provided the Lebanese start helping themselves.”

The political source affirmed that “the ministerial formation prepared by Hariri will not be subject to the political bazaar nor the distribution of quotas or granting consolation prizes to this or that group,” indicating that “any combination that takes into account the previous criteria in forming governments will rebound negatively on Lebanon and will be more like someone who emulates himself, and therefore not Feasibility of marketing it locally or abroad. ”

And he believed that “Hariri does not intend from this step to crowd this or that team, insofar as he wanted to sound the alarm at the appropriate time to send a message in more than one direction that saving the country will not be achieved through relying on previous work tools, and thus behaving as if we are a thousand good.” We passed the disaster that struck Beirut as a result of the explosion that occurred in the port. ”

He advised not to bet that “Hariri will be forced to accept the conditions of some to release the cabinet formation,” and attributed the reason to that “he changed and benefited from previous experiences and conducted a critical review that showed him where he made a mistake and where he was right.” Under the pretext that he is interested in returning to the premiership at any cost. ”

The same source considered that “the positive atmosphere that characterized his consultations with Aoun soon changed, and this led to a decrease in the level of optimism that prevailed until last Thursday night and was reflected by Parliament Speaker Nabih Berri in front of his visitors, before he took the initiative to hold his breath.” The next day, in light of the information received that were not satisfactory, stressing that “Hariri committed himself to complete secrecy about the deliberations that took place between him and Aoun throughout more than half a dozen meetings because some of them were kept in complete secrecy, and he said that he would not be drawn into political debates. With nobody. “

These were the details of the news Hariri will at any moment present a cabinet lineup of 18... for this day. We hope that we have succeeded by giving you the full details and information. To follow all our news, you can subscribe to the alerts system or to one of our different systems to provide you with all that is new.