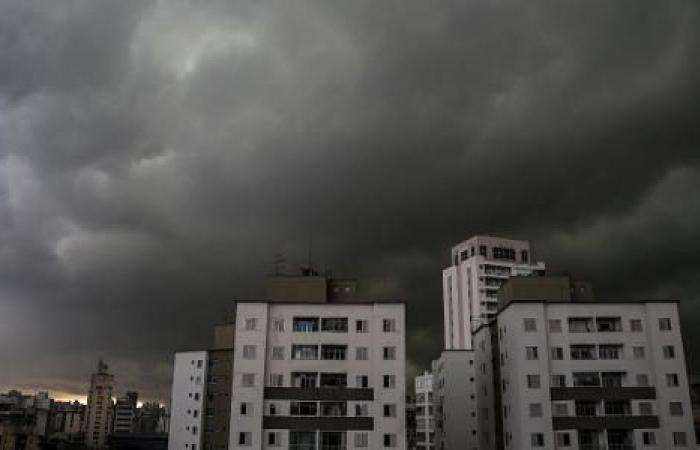 The city of São Paulo suffered from heavy rains this afternoon. Firefighters answered 44 calls for floods, 40 for falling trees and 4 for landslides, according to information updated at 18h02. One of the trees hit a person on the street Aratangi, in Cachoeirinha, but there is still no information on the victim’s health status.

The capital of São Paulo entered into a state of attention for flooding from 2:12 pm, according to data from the CGE (Center for Management of Climate Emergencies). In the North Zone, heavy rain dragged cars that were inside a car wash and piled vehicles, according to information from Globo News.

Another large tree fell on top of a residence in the Santana neighborhood. “The north zone was very affected by the rains, especially the area of ​​Avenida Engenheiro Caetano Álvares, close to the Marginal Tietê”, said the Fire Department Captain, André Elias, in an interview for Globo News. “But there is no person at risk of life, injured or missing. We are only helping those who are stranded.”

Also according to the CGE, the Casa Verde and Sé neighborhoods went on alert due to the overflow of the streams Mandaqui e Saracunarespectively, but the status it was closed at 16:30. The Ipiranga Stream left the alert at 5:10 pm.

At 5:20 pm, the CGE decreed the end of the state of attention in all regions. Heavy rains also hindered traffic in the late afternoon: according to information from CET (Companhia de Engenharia de Trafico), the northern part of São Paulo, where the Marginal Tietê is located, registered 18km slow at 5:40 pm. In the city center, 13km of slowness.

The dark sky was registered by some residents and the click was shared on social networks.

According to information from the CGE, there were 20 active flooding points in the city of São Paulo. In the north, the Freguesia do Ó neighborhood had a flooded street. At Casa Verde, two of the three floods recorded by the CGE were classified as “impassable”. The points are on Quirinópolis Street and Praça Delegado Amoroso Neto.

In Santana, the CGE recorded two other points with the flow of cars interrupted by the rains: on the avenues Cruzeiro do Sul and Zaki Narchi. In the Cathedral, Praça da Bandeira was impassable.

Flooding in the neighborhoods of Lapa and Vila Mariana also prevented the circulation of cars in the region: on Rua Barão do Bananal and on Avenida Vinte and Três de Maio, respectively. Butantã, Pinheiros and Ipiranga also suffered flooding because of the rains.

These were the details of the news Rain causes flooding and tree falls in SP for this day. We hope that we have succeeded by giving you the full details and information. To follow all our news, you can subscribe to the alerts system or to one of our different systems to provide you with all that is new.