Scientists criticize WHO study. “It is not the last nail... 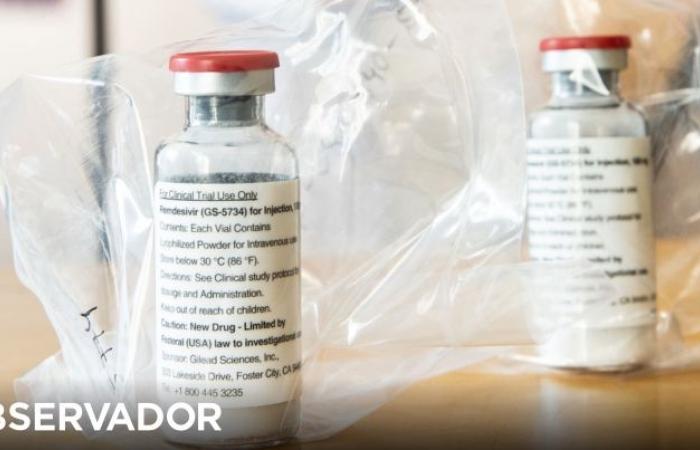 Disappointment first, then criticism. The study published last week by the World Health Organization (WHO), which says that four well-known antivirals do not reduce mortality from Covid-19, does not reach consensus. And if it was immediately criticized by the company that produces remdesivir, one of the targeted drugs, then several independent scientists also pointed out the study’s limitations. Others, however, consider the study to be of high quality.

Without having a specific drug to treat patients with Covid-19 and working against the clock, one of the first measures is assess whether existing drugs can show benefits in treating another disease. Thus, WHO funded clinical trials with remdesivir (developed to combat Ebola), hydroxychloroquine (used against malaria), lopinavir / ritonavir (against HIV) and interferons (which affect the virus’s ability to replicate) under of the Solidarity Therapeutics project.

Last week, preliminary results were released on the medRxiv platform that allows scientific articles to be published before they are verified by independent scientists, but the aim is for the article to be peer reviewed and published in a scientific journal – The New England Journal of Medicine ( NEJM), according to Science Magazine.

Neither hydroxychloroquine nor remdesivir. WHO study reveals little impact on mortality after treatment

Clinical trials were conducted in 405 hospitals in 30 countries and involved a total of 11,266 adult patients. The researchers concluded that these drugs “appear to have little or no effect in patients hospitalized with Covid-19, as indicated by overall mortality, initiation of ventilation and hospital stay ”.

One of the first reactions against the WHO publication was that of the pharmacist who developed remdesivir, Gilead, who criticizes the fact that the data was released before it was reviewed by independent scientists, as in the process of publication in a scientific journal (with peer review).

“We are concerned that the data in this global, open-design essay have not been subjected to the necessary rigorous review to allow for constructive scientific discussion, especially given the limitations in the design of the study,” says the company in a statement.

Cameron Wolfe, an infectious disease specialist and professor at the Duke University School of Medicine (United States), also criticizes the use of pre-publication. “We are moving to a space where changing the standard treatment by press release is a really dangerous precedent“, Says quoted by NBC News.

“I don’t think this study is the nail in the coffin [para o remdesivir]”, Says Taison Bell, an intensive care physician at the University of Virginia (USA), cited by The New York Times. “But I think it shows that we have to be selective regarding the patient population that uses it. ”

Gerd Fätkenheuer, director of Infectious Diseases at the University Hospital in Cologne (Germany), agrees that these results do not imply that the use of remdesivir is stopped, in particular, until there are better treatments, says quoted by the Science Media Center of Germany. What is needed is to choose patients subject to treatment, namely those who need oxygen, but are not connected to the ventilator.

In defense of the drug that was created to treat Ebola patients – but that has never been effective for that purpose – Gilead cites the results of a clinical trial published in NEJM and conducted by the National Institute for Allergies and Infectious Diseases, in U.S. The trial that involved more than a thousand people showed that remdesivir treatment, when compared to a placebo (which is not a treatment), proved to be more effective in reducing the recovery time of patients hospitalized with Covid-19.

Andre Kalil, a researcher at the National Institutes of Health and one of the study’s authors, also criticized the WHO trial for having basic flaws: “There was no data monitoring, no placebo, no concealment [doente e médico não saberem que tratamento estava a ser feito] and there was no diagnosis of confirmation of the infection ”, says quoted by NBS News.

Study with poor quality designs cannot be remedied by large samples, no matter how large they are ”, says Andre Kalil.

The fact that the WHO trial involved more than 11 thousand people, of which 2,750 in the specific study of remdesivir, is not the only point highlighted by those who believe that the Solidarity project was well designed and that the results are valid.

It is true that the trial uses a simple protocol, but it allowed that when the study started in March, could be applied anywhere in the world, regardless of the medicine that doctors had at their disposal, but that patients could still be randomly distributed between treatments and control groups – one more of the golden rules of clinical trials.

“To be able to establish a strategy for different staff, in such a short period of time and all over the world, is just fantastic,” says Eric Topol, director of the Scripps Institute for Translational Research (USA), cited by Science Magazine. Another advantage is that the 1,300 doctors who participated in clinical trials worldwide will more easily accept the results than if it were a trial done exclusively in the northern hemisphere and the conclusions imposed in the southern hemisphere, says Ana Maria Henao Restrepo, who leads the WHO Research and Development group, cited in the same magazine.

Remdesivir. Pharmaceutical owner of the drug criticizes WHO

“The results of the study have been demonstrated in previous studies, but the most important is the large number of patients of different ethnicities included in this clinical trial, which makes the findings impactful, ”says Brian Oliver, leader of the Respiratory Molecular Pathogenesis group at Sydney University of Technology, cited by the Australian Science Media Center. But this heterogeneity of patients and the fact that they are admitted for treatment at different stages of the disease is one of the criticisms raised by Eleanor Fish, professor in the Department of Immunology at the University of Toronto (Canada).

The reaction was not the same for all drugs under study. With regard to hydroxychloroquine, there was no longer any hope and in relation to treatments for HIV infection, the results were received without surprise. For the interferons, however, the disillusionment was clear, but the most expressive reaction was in relation to remitting – perhaps because it was the drug on which more hope was placed. Anyway, there is no reason to be discouraged: trials with remdesivir will continue, to make the results more solid, says Science Magazine.

Some of the other results in the new report are not surprising. Hydroxychloroquine, once again, was considered ineffective and must now certainly be abandoned even by its most staunch supporters. Lopinavir and ritonavir are effective drugs for HIV, but have been consistently ineffective in Covid-19. There is no justification for continuing to be used, ”says David Henry, Institute for Evidence-Based Health Care, Bond University (Australia).

Heard by NBC News, Ken Lyn-Kew, a pulmonologist at National Jewish Health (USA), says: “We already knew that in populations with more severe disease there was no big difference in results [do tratamento]”. The timing of treatment and the severity of the disease in patients included in the Solidarity project is another criticism: at an early stage, to prevent the virus from multiplying, antivirals will potentially have more effect than at a later stage, when inflammation has already set in – and when corticosteroids are recommended, for example, says Cameron Wolfe .

“That interferon has a negative effect on the development of the disease is surprising,” says Bernd Salzberger, director of Infectious Diseases at the University Hospital in Regensburg (Germany). Paul Hertzog, director of the Center for Innate Immunity and Infectious Diseases (Australia), does not jump to conclusions and presents the failures in the test regarding this type of medication. First, the route of administration, subcutaneous, when the best results are directly in the bloodstream or by inhalation. Afterwards, most patients were taking corticosteroids, which inhibit the action of interferons, would soon condition the treatment.

With or without criticism, David Henry stresses the importance of this essay: “Although, in summary, the results of the Solidarity study are disappointing, they highlight, once again, the need to conduct rigorous random tests of potential treatments during an epidemic” .

These were the details of the news Scientists criticize WHO study. “It is not the last nail... for this day. We hope that we have succeeded by giving you the full details and information. To follow all our news, you can subscribe to the alerts system or to one of our different systems to provide you with all that is new.