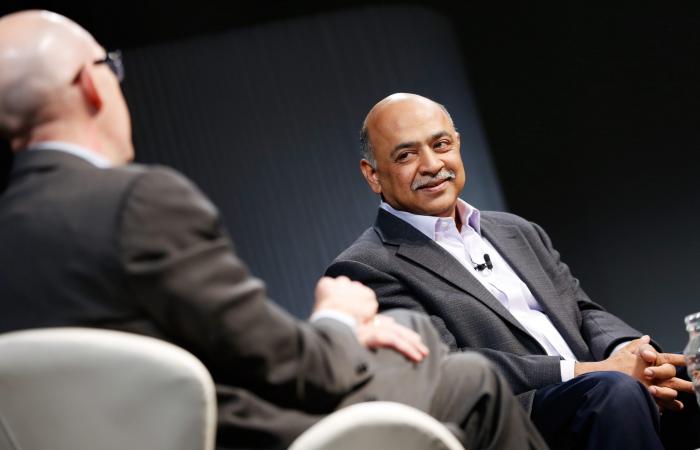 This is how the company did it:

Sales were down 2.5%, according to a statement, declining for the third straight quarter on an annualized basis. The pattern of declining revenue under new CEO Arvind Krishna was common during the tenure of his predecessor Ginni Rometty. The coronavirus pandemic has challenged IBM, among other things, due to exposure to industries such as retail and transportation that were disrupted by the pandemic.

Krishna announced a major change on October 8, saying that the managed infrastructure services portion of the IBM Global Technology Services unit would become a separate public company. At the time, IBM announced preliminary results, forecasting adjusted earnings per share of $ 2.58 on revenue of $ 17.6 billion. During a conference call with analysts on the day of the announcement, Krishna said IBM expects “medium-term sustainable sales growth in the mid-single-digit range”.

Cloud and cognitive software, which includes Red Hat, had sales of $ 5.55 billion, up 7% and more than the FactSet consensus of $ 5.48 billion.

The company’s free cash flow of $ 1.10 billion was below the FactSet consensus of $ 2.26 billion and was the lowest since the first quarter of 2001, according to FactSet.

IBM issued its forecast for the full year in April. The company didn’t release any new guidance in Monday’s income statement.

In the third quarter, IBM announced the acquisition of WDG Automation, a Brazilian software company.

Executives will discuss the results with analysts on a conference call starting at 5:00 p.m. Eastern time.

This is the latest news. Please try again.

These were the details of the news IBM results Q3 2020 | DE24 News for this day. We hope that we have succeeded by giving you the full details and information. To follow all our news, you can subscribe to the alerts system or to one of our different systems to provide you with all that is new.