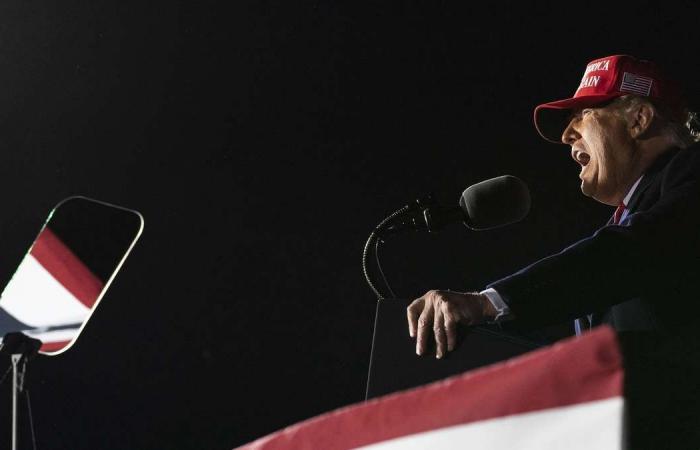 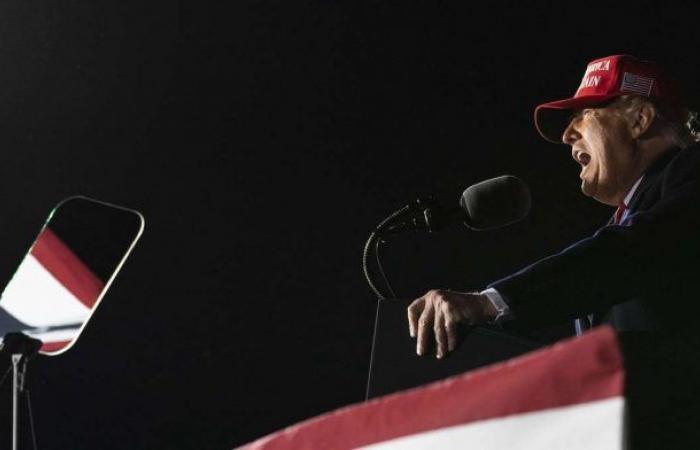 Donald Trump was once “Man of the Year” in the US state for his services to the Michigan auto industry. At least that’s what Trump himself claims.

Muskegon – Donald Trump desperately needs success in the election campaign, he is clearly behind Joe Biden in the polls for the presidential election. Im for that US election extremely important “swing state” Michigan hopes for Trump the voices of the workers. Because of his efforts to keep the auto industry in the US, he is said to have been awarded the Michigan award as “Man of the year” have received. This Award however nobody seems to know.

Donald Trump: “Man of the Year” in Michigan

“Twelve years or so ago” became Donald Trump to the “Man of the year“In the US state Michigan chosen. This is claimed by none other than Donald Trump himself. During an election campaign appearance in Muskegon on Saturday (October 17, 2020), the President of the United States proudly reminded his supporters of them Award. “Do you remember?” He asked rhetorically. At that time he traveled to Michigan and was angry about the migration of the American automobile industry to Mexico, Canada and other countries.

“Back then I said: ‘How come?’ I didn’t understand it myself. I wasn’t politically active then, ”said Trump already at an appearance in New Hampshire in August 2019 on his supposed appointment as Michigan’s “Man of the year“. But questions increased. How come you can’t find any records? Why does the price not seem to exist at all? Even a detailed research of the “Huffington Post” was unsuccessful.

“Man of the Year” in Michigan: Nobody knows what Donald Trump is talking about

In 2016 he mentioned the Award for the first time. Told since then Donald Trump like different versions and anecdotes about his appointment. He is even said to have given a speech at the time: “In my speech, I only talked about what Mexico and these other countries are doing to us. Above all, what they do to Michigan, ”says Trump himself. “And I was criticized for it. ‘Donald. Talk about something else. ‘ I said no. What happens is terrible. “

“Man of the Year” in Michigan: Not the first award that Donald Trump invents

In fact, the origin of Trump’s claims can be traced back to former Michigan congressman Dave Trott. This one had Trump 2013 invited to an event where today’s US President gave a speech. A Award However, it never existed. Trott remembers a meeting between Trump and managing directors of various automotive companies in 2017, at which Trump is said to have mentioned the price. Trott had “not felt comfortable” to correct him, he told the newspaper “The Detroit News”. Otherwise it was embarrassing for Trump. “Great speech,” said Trott simply. “The Detroit News” has had an annual list of the “Michiganers of the Year” since 1978, but Trump’s name could not be found on it. Also the Chamber of Commerce of Michigan denies such an award for Donald Trump.

Besides the Award when “Man of the year“ in Michigan is the US President also proud of his alleged “Bay of Pigs Prize” given to him by Cubans in exile because of his actions for the “great Cuban population” USA should have awarded. Also has a medal from the African American civil rights organization NAACP Donald Trump never received contrary to his claims.

*The article has been translated based on the content of Source link by https://www.fr.de/politik/donald-trump-michigan-mann-des-jahres-man-of-the-year-auszeichnung-preis-90073059.html
. If there is any problem regarding the content, copyright, please leave a report below the article. We will try to process as quickly as possible to protect the rights of the author. Thank you very much!

These were the details of the news Donald Trump claims to have been Michigan’s “Man of the Year”... for this day. We hope that we have succeeded by giving you the full details and information. To follow all our news, you can subscribe to the alerts system or to one of our different systems to provide you with all that is new.