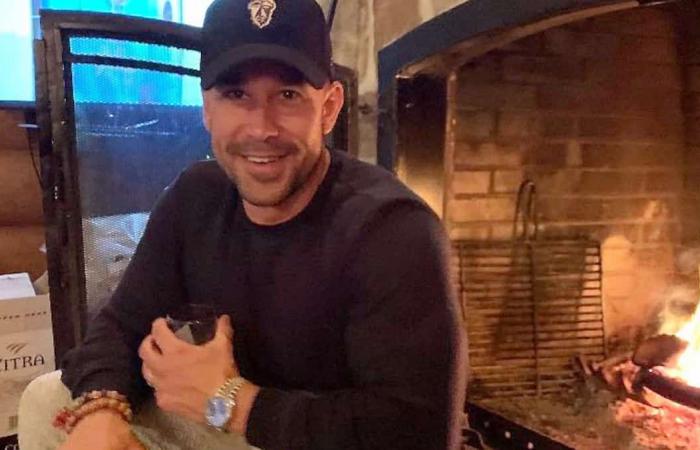 A 39-year-old Saint-Jérôme businessman is suspected of being the head of a massive fraud over $ 30 million.

Jean-François Désormeaux would have taken it easy at the expense of forty investors for more than five years, according to allegations made in a denunciation in support of a search.

Désormeaux, owner of the firms Idéal Finance and Idéal Développement, allegedly offered to their detriment luxury Mercedes and Porsche cars, $ 60,000 Rolex watches, a million dollar house and a $ 150,000 boat, between other.

Several lenders who consider themselves cheated have taken legal action against him in the past three years to recover their money. One of these lenders, Manlio Del Negro, is now a judge at the Court of Quebec.

The Sûreté du Québec also suspects Désormeaux and some accomplices of having embezzled colossal sums intended for real estate development in the region for their benefit.

The Sûreté du Québec (SQ) raided the offices of Ideal in November 2016.

“The investigation is still ongoing,” SQ Sergeant Marie-Michèle Moore told us at the end of August.

Désormeaux would have led a lavish lifestyle on the back of private lenders who believed they were financing real real estate projects.

We are talking mainly about gas stations and fast food restaurants in the region.

These lenders have been fooled, according to the police. In total, the police estimate the sums embezzled at around $ 30 million.

According to allegations, Désormeaux would have benefited from the complicity of a Laval notary. Its offices were raided in 2017.

Jean-François Désormeaux would also have used the services of a nominee, including a young employee of a restaurant Planète Poutine who would have served as a “post” in this case. The latter, Olivier Gaudet, 27, declared bankruptcy of $ 20 million in 2018.

A policewoman’s denunciation to obtain a search warrant in this case lists the presumed victims of Désormeaux. Among these is Manlio Del Negro, a criminal lawyer who was appointed judge in March 2017.

At the time, the lawyer and his wife operated a high-interest private loan business.

He would have loaned more than $ 650,000 to Désormeaux in 2015. It was during the weekend of the Montreal Grand Prix that he realized what he considers to be a “scam”, according to the document which led to searches.

“After 15 minutes [dans une loge V.I.P. avec Désormeaux et quelques autres], Manlio Del Negro understands that his money is in danger in the hands of these people ”, relates the policewoman.

“Olivier Gaudet inspires no confidence in […] Del Negro: this is a young man in his twenties, dressed in the style “yo” with very expensive clothes, ”she adds.

Del Negro’s wife, Suzan Caon, took legal action against Désormeaux, notary Pierre Aubin and others for reimbursement three years ago. The trial in this case is due to begin in the coming weeks.

Patrick Moryoussef, vice-president of an international mining company, is also said to be among the victims. He would have lost nearly $ 1.4 million to Désormeaux, according to allegations filed in a lawsuit by several investors.

The former buyer of the Planète Poutine fast food chain, businessman Benoît Charron, is also said to be involved in this matter.

He is on a short list of those involved in the “fraudulent scheme,” according to the 2017 whistleblower. Charron declared himself insolvent in 2015 with debts of over $ 5 million.

A 2016 decision by Judge Michel Belhumeur, of the Court of Quebec, linked Charron to Claude-Alexandre Tremblay, a drug dealer from the North Shore of Montreal.

The facts mentioned in the denunciation have not been demonstrated in court.

HOW THE ALLEGED FRAUD WORKED, ACCORDING TO THE POLICE

Notary struck off for preparing false documents and forging a signature

The former notary Pierre Aubin, who worked on behalf of Jean-François Désormeaux and his accomplices, pleaded guilty to having imitated the signature of a client, to having prepared a false document and to obstructing the investigation by the Syndic of the Chambre des notaires du Québec.

The one who had been a notary for more than 30 years was sent off for 12 months.

When one of the investors in Desormeaux’s projects, Manlio del Negro, became worried about what was happening to his $ 650,000 loan, he would have been offered additional collateral.

Del Negro’s wife, Suzan Caon, had a mortgage of $ 650,000 on land in Trois-Rivières. To reassure her, she was offered another mortgage on land in Brompton, Estrie.

In the meantime, the lawyer imitated the signature of Del Negro’s wife and prepared a false document saying that she was giving up her rights to the land in Trois-Rivières.

The Del Negro couple therefore found themselves with much less valuable land in Estrie to secure the loan of $ 650,000.

“The Respondent imitated Ms. Caon’s signature. The latter will only admit this fact after the complainant has obtained an expert report on this signature towards the end of 2017 ”, underlines the judgment of the Disciplinary Council of the Chamber of Notaries.

“The fact for a notary to imitate the signature on a deed of discharge, thereby creating a false document, is an act likely to undermine the public’s confidence in the profession”, affirms the Council.

A lawyer also vice-president of a commercial construction company would also have acted as a nominee from 2016.

According to the denunciation, Me Isabelle Collette would have become the owner in 2016 of land which was previously owned by Olivier Gaudet, an employee of Planète Poutine, who would have served as a “post” in Désormeaux.

At that time, one of his companies signed a nominee agreement with the Désormeaux company, Idéal Développement.

In a 2018 affidavit filed in another proceeding, Mr.e Collette believes, however, to have been fooled by Désormeaux.

“The companies were transferred to me as the sole director and shareholder since JFD [Désormeaux] was insolvent having gone bankrupt, ”she explains.

“I no longer want to come into contact with him, under any circumstances,” she adds in the affidavit, specifying that this man is “dangerous”.

At the start of 2018, Me Collette has also been associated with Jean-François Malo, a businessman described in a report a few months ago as “the scammer of Joliette”.

The two were partners in a company that was to take over land in Désormeaux, but the affair did not go well. Malo initiated a $ 12 million lawsuit in 2019. He alleges in particular that it uses shell companies in the Bahamas, a tax haven, to “evade its legal obligations”.

At the end of 2018, the lawyer declared herself insolvent with debts of $ 12.3 million.

These were the details of the news Porsche, Rolex, house and boat with investor money for this day. We hope that we have succeeded by giving you the full details and information. To follow all our news, you can subscribe to the alerts system or to one of our different systems to provide you with all that is new.