Iran has appointed a new military ruler over Sanaa – Erm... 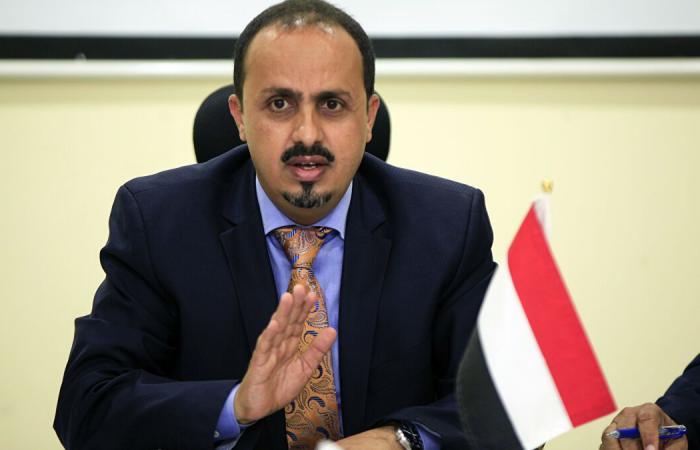 Considered The Yemeni government The appointment of Iran as its new ambassador to the Yemeni capital, which is controlled by the Houthi coup militia, “is nothing but the appointment of an Iranian military ruler over Sanaa.”

On Saturday, the official Iranian news agency announced the appointment of Hassan Erlo as its ambassador to Sanaa, and also reported that he had arrived to carry out his new duties.

Yemeni Minister of Information Muammar Al-Eryani said, through a series of tweets to him on his Twitter account, that “Tehran’s sending an officer of Qassem Soleimani, in addition to its recent statements about intentions to sell arms to the Houthis, reveals the features of the next phase and the extension of the Iranian aggression, which continues to kill Yemenis. And abuse them for five years. ”

Al-Eryani added that the announcement of the mullahs’ regime in Iran to appoint a new ambassador to the Houthi militia will not add anything new to the relationship between the two parties, or the course of the battle, except for the Iranian emphasis on responsibility and full care for the Houthi coup, guardianship over the militia’s political and military decision, and the mandate of an Iranian military ruler. Sanaa.

Al-Eryani confirmed, according to the available information, that Hassan Erlo is a senior religious guide and leader of anti-aircraft weapons training in 1999, and responsible for training a number of terrorist activists and elements of the Lebanese Hezbollah in the Yehonar camp located in Kharg city, north of Tehran. .

These were the details of the news Iran has appointed a new military ruler over Sanaa – Erm... for this day. We hope that we have succeeded by giving you the full details and information. To follow all our news, you can subscribe to the alerts system or to one of our different systems to provide you with all that is new.