This is what the organizer looked like after being attacked by... 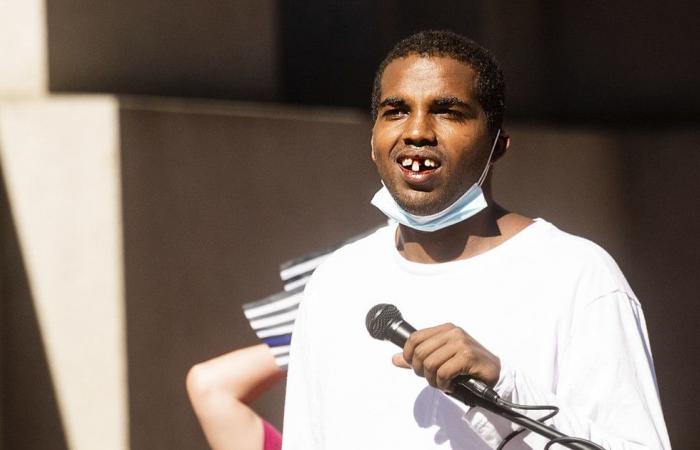 On Saturday afternoon local time, a freedom of speech event organized by American conservatives was overwhelmed by counter-protesters in the American city of San Francisco in the state of California, writes the news agency AP.

According to the San Francisco Chronicle, only ten people stood on the “conservative side” of the police roadblocks, while hundreds of counter-protesters eventually flocked.

It is the group Team Save America that arranged the freedom of expression event, and the goal was to demonstrate against Twitter, which they believe is gagging conservative voices. Criticism has flared up again in the wake of a New York Post article about presidential candidate Joe Biden’s son who was barred from sharing Twitter earlier this week. Twitter has since turned the matter around.

According to the AP, they were dressed in red “Make America Great Again” t-shirts, Trump caps and a bar on American flags.

One of the news city’s photographers describes that a Trump supporter was driven away in an ambulance, and that an injured police officer was observed on the ground.

Organizer Phillip Anderson has published photos of himself with a bloody mouth and a visible loose front tooth following the now canceled event. He says Team Save America was attacked for no reason at all. When he went on stage at 13 o’clock local time, he was met with shouts, and both water bottles in plastic and glass bottles were thrown, according to AP.

According to the San Francisco Chronicle, black-clad counter-protesters flocked to the area due to rumors that the much-talked-about group Proud Boys, known for participating in street fights, would be present at the event. According to the newspaper, the organizer Anderson has previously stated that he is a member of social members.

According to the newspaper, the conservative group was at one point chased and surrounded by the counter-protesters, who sought refuge behind a police barricade. One of the newspaper’s journalists describes that a further discussion arose between two people:

– After minutes of heated arguments about fascism and black lives matter, a man dressed in black beat an organizer from the Team Save America event who showed up to pick up a man wearing an Info Wars t-shirt, describes the journalist Mallory Moench on Twitter.

Organizer Anderson states that he views the demonstrators as hypocrites, and further says that they are the reason why he votes for the current US President Donald Trump in the election that takes place on November 3.

– You knocked out my tooth, but you say “Black lives matter”, says Anderson.

– I love America, I love this country and I love freedom of speech, he says.

City police say three of their officers sustained minor injuries during clashes with protesters. One of them was sent to hospital.

According to police, no one was arrested.

These were the details of the news This is what the organizer looked like after being attacked by... for this day. We hope that we have succeeded by giving you the full details and information. To follow all our news, you can subscribe to the alerts system or to one of our different systems to provide you with all that is new.