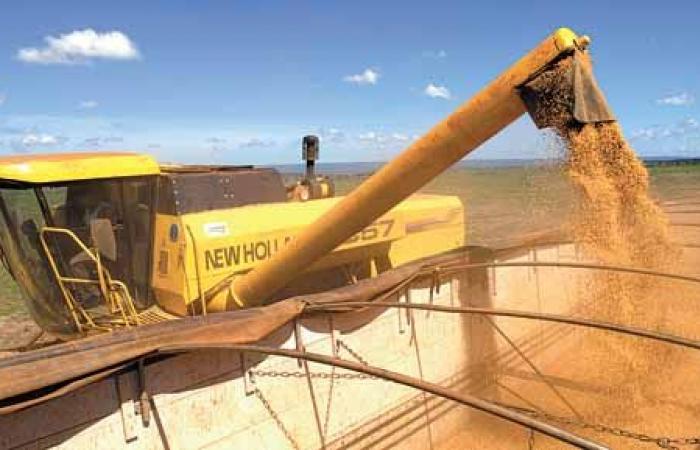 To try to contain the increase in food prices, the Brazilian government decided to reset the import tariff for soybeans and corn. The measure had already been taken for rice and aims to increase the supply of products in the country to lower the price.

The decision was taken this Friday (10/16), during an extraordinary meeting of the Executive Management Committee (Gecex) of the Chamber of Foreign Trade (Camex), at the request of the ministries of Agriculture, Livestock and Supply and Economy.

The exemption is valid until January 15, 2021 in the case of soybeans and until March 31, 2021 in the case of corn. And it doesn’t have a defined quota. It is therefore more flexible than rice. In the case of rice, the government allowed imports without a tariff of at most 400 thousand tons until the end of this year.

By means of a note, the Ministry of Agriculture explained that “the objective is to promote an adjustment between the supply and demand for these products in the period before the harvest of the 2020/2021 harvest”. The Ministry of Economy added that “both measures are motivated to contain the rise in prices in the food sector”.

According to official Brazilian inflation, measured by the Brazilian Institute of Geography and Statistics (IBGE), soybean oil has already risen more than rice this year. The product was 51.3% more expensive since January and suffered a 27.54% increase in September alone. Rice, on the other hand, rose 40.69% in the year and 17.98% last month.

The increase is the result of the rise in the dollar, which raised the prices of these products abroad and led domestic producers to export more, especially to China, which also reinforced demand for Brazilian products this year. Soy exports alone rose about 30% between January and September, reaching 79 million tons. Therefore, the supply decreased and the price rose in the domestic market.

In the case of corn, the price increase was more modest – 10.1% in the year and 3.35% in September -, also due to the increase in exports. However, demand has risen sharply, as the product serves as food for livestock production and animal protein exports are also on the rise this year. Meat exports, for example, rose 14% until September. Therefore, producers have been showing concern about the supply and prices of corn and consumers have already complained about meat prices, which rose 4.5% in September.

“Due to these factors, it was convenient to seek a preventive measure, in order to equalize the import conditions from third countries with Mercosur, strengthening the supply of the domestic market,” stated the Director of Marketing and Supply, Sílvio Farnese. He guaranteed, in turn, that there is no risk of shortages.

In early September, the government also zeroed out the import tariff on rice. Since then, Brazilian producers have traded 225,000 tonnes of rice from the United States, India and Guyana, according to the Ministry of Agriculture.

Most of this product, however, has not yet arrived in Brazil. As a result, rice prices still rose in September. In addition, the industry has already warned that there should not be a sharp reduction in prices when imports take place. For the sector, the measure will have the effect of preventing prices from continuing to rise.

These were the details of the news Government zeroes import tariff for soybeans and corn for this day. We hope that we have succeeded by giving you the full details and information. To follow all our news, you can subscribe to the alerts system or to one of our different systems to provide you with all that is new.