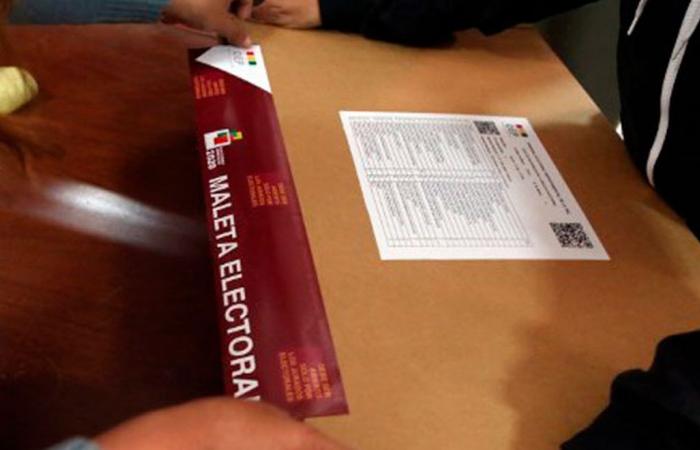 At the time of the elections in Bolivia, the electoral body announced the suspension of the rapid system for the dissemination of results preliminaries of the vote. The institution explained the measure by arguing that it would not provide sufficient certainty in relation to official data.

“When there is no certainty that there will be a sufficient volume of information for the result to be very similar to that of the official results, it is preferable to dispense with the system for disseminating preliminary results,” explained the president of the Supreme Electoral Tribunal, Salvador Romero, at a press conference.

In this way, the preliminary results of the elections will not be known as quickly on the night of Sunday, October 18, as the TSE had promised, but will go directly to the official count in a slower process.

“On Sunday night we will not have the official and final result. This is going to take us a few additional hours and it is important that citizens have patience because the result will be reliable, (although) a little slower, ”Romero noted.

He justified that “the country cannot risk having results that do not generate certainty” and that, with the decision adopted at the last minute, “there will be a result without a shred of doubts”, an essential requirement in such a polarized context.

Although the legal deadline for the dissemination of official data is five days, Romero explained that he instructed the regional electoral courts to redouble their efforts and achieve receive as many minutes as possible. This with the aim of having the largest possible volume of official data as soon as possible.

He also reported that Bolivian citizens may directly follow the official count through the page of the electoral body and indicated that the decision was communicated to political parties and international observer missions that arrived in the country.

Finally, he explained that within the framework of transparency, the public vote count, the photographing of the voting records and that the parties have access to copies of them.

These were the details of the news Bolivia suspends rapid delivery of voting results for this day. We hope that we have succeeded by giving you the full details and information. To follow all our news, you can subscribe to the alerts system or to one of our different systems to provide you with all that is new.