Cssio returns to Corinthians’ starting lineup for a duel with Flamengo;... 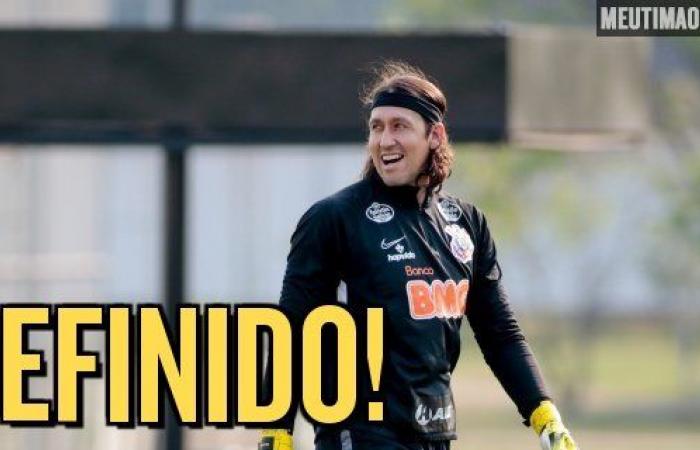 After fulfilling suspension in the last Corinthians commitment, Cássio returns to Vagner Mancini’s starting lineup for the duel with Flamengo this Sunday, at 16h, at Neo Química Arena, for the 17th round of the Brasileirão. The information was given by the journalist João Paulo Cappellanes, gives Radio Bandeirantes, and confirmed by My Timon.

The definition took place in a training session held at CT Joaquim Grava this Saturday morning and put an end to the endless debate among the fans. Thus, goalkeeper Walter, despite his great performance in the victory over Athletico Paranaense, is once again an option among the reserves alvinegros.

The coach will also make other substitutions in the main team. Argentine Mauro Boselli will be the replacement for Jô, who was diagnosed with a muscular contracture in his left calf. Bruno Méndez and Ramiro, suspended, should give way to Marllon and Camacho.

It is worth remembering that another novelty in the list of Corinthians related to the confrontation is the presence of the Colombian Victor Cantillo, who was with the Colombian team in commitments for the 2022 World Cup Qualifiers.

These were the details of the news Cssio returns to Corinthians’ starting lineup for a duel with Flamengo;... for this day. We hope that we have succeeded by giving you the full details and information. To follow all our news, you can subscribe to the alerts system or to one of our different systems to provide you with all that is new.