Why did Schenker meet Franjieh and exclude Basil? Phalanges 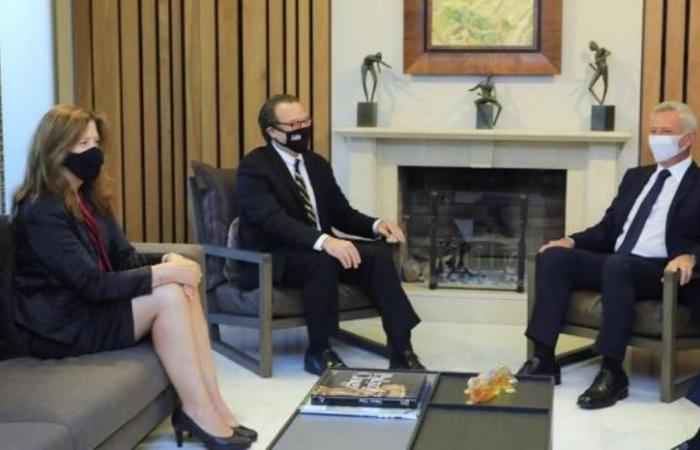 The sign of the visit of the American official, David Schenker, the former deputy Suleiman Franjieh, did not visit the head of the Free Patriotic Movement, Gebran Bassil.

Informed political sources stopped before the paradox that accompanied the meetings of US Assistant Secretary of State David Schenker, which was characterized by his meeting and based on his desire for the leader of the “Marada” movement, former MP Suleiman Franjieh, in exchange for his meetings not including the head of the Free Patriotic Movement, MP Gebran Bassil, although Schenker avoided in His meetings included the reasons that dictated that he excluded him from his meeting schedule, while a Western diplomatic source referred the question to Bassil, because he had the certainty of the news.

The sources confirmed to the Middle East that Schenker informed Franjieh that the US sanctions imposed on former Minister Youssef Fenianos did not target him personally and had nothing to do with the “apostasy”. The new government, although they differ in their stance towards the Syrian regime.

These were the details of the news Why did Schenker meet Franjieh and exclude Basil? Phalanges for this day. We hope that we have succeeded by giving you the full details and information. To follow all our news, you can subscribe to the alerts system or to one of our different systems to provide you with all that is new.