After the “Zarqa Crime” … a strict circular by the Jordanian... 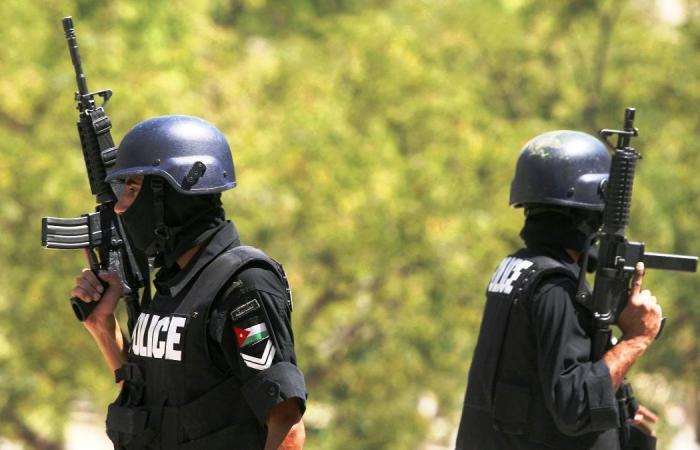 The Jordanian security services are launching a wide campaign targeting those who have precedents, those who pay taxes, and what is known locally as “bullies”, resulting in the arrest of a dangerous wanted man in the center of the capital Oman.

Local news sites circulated an audio recording attributed to the Assistant Director of Public Security for Operations, Brigadier Ayman Al-Awaisheh, in which he said, “From tomorrow, there will be strong joint campaigns on areas where bullies, those who have priority and royalties, are high.”

Al-Awaisheh addressed the public security men, saying: “We wanted to beat them with an iron fist, arrest them, and take action in the street with them. We don’t have a problem with what appears to be filmed,” with reference to the video clips, which eyewitnesses may document of the arrests Precedents.

In the recording, which was remarkably widespread on social media, the Assistant Director of Public Security called on members of the security services to focus their operations on the areas: Zarqa, Al-Ruseifa, Eastern Amman, East Amman, Al-Wehdat, Hay Nazzal, Downtown, Jabal Al-Nasr, and Al-Nuzha. And Jabal Al-Hussein.

In the context, a force from the Public Security Directorate arrested today, Saturday, a person classified as dangerous and wanted in various cases, and against him a number of criminal restrictions, in the center of the capital.

And the Public Security Directorate stated in a statement that, after tracking and gathering information about dangerous wanted persons, one of them was located in one of the central areas of the capital, where the security forces raided the house in which the wanted person was hiding, and he tried to flee to the house of one of his relatives and resist the security men who applied He was subject to the rules of engagement, which led to his injury and arrest, and he was treated for treatment, and his general condition is moderate, and investigations began.

The extensive security campaign, which targets those who have precedents, comes against the background of the case of the attack on the boy, “Saleh Hamdan,” with the aim of taking revenge by a group of people, amputating his hands and blindfolding his eyes. The case, known in the media as “the Blue Boy,” has raised Jordanian and Arab public opinion.

The General Security had assigned a special investigation team to follow up the case of the attack on “the boy Saleh” in the Zarqa Governorate, where he was arrested after a raid, on Wednesday, on the main accused and 5 other persons whose participation in the implementation of the horrific crime was confirmed, while the investigation is still ongoing with others. Their names were mentioned in the investigation.

These were the details of the news After the “Zarqa Crime” … a strict circular by the Jordanian... for this day. We hope that we have succeeded by giving you the full details and information. To follow all our news, you can subscribe to the alerts system or to one of our different systems to provide you with all that is new.