Trump is also losing to Biden in ratings 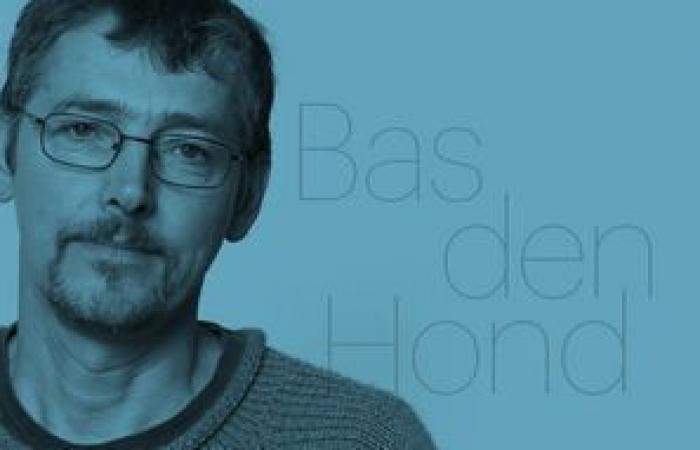 It was a difficult TV night Thursday for those who follow American politics. After the cancellation of the TV debate between Joe Biden and Donald Trump, due to the corona contamination of the latter and his refusal of a debate via video connection (‘then they can turn off my microphone’), TV network ABC had made a move and Joe Biden booked. In his native state of Pennsylvania, he held a live ‘town hall’, a broadcast where voters could ask him questions.

Competitor NBC, who was originally going to air the debate, decided not to be left behind and got Donald Trump to also hold a town hall, in Florida, at the exact same time. Whoever wanted to experience it live had to choose.

This correspondent chose Trump. Because he would probably provide the most spectacle, and maybe even news. After all, you don’t know from day to day what his hat is like and what kind of crazy or nonsense statements he will make again. You can expect anything from someone who shouts out far-right groups “get ready” and calls the candidate vice president of the other party “a monster”.

You could have guessed that many politically addicted viewers would make the same choice: whether you are a supporter of him or an opponent, Trump is more interesting on TV. Under that motto, the US TV channels could not get enough of his campaign meetings during the 2016 campaign.

The hour on NBC with Trump did not disappoint. But that was mainly because the presenter, journalist Savannah Guthrie, was very sharp. She reprimanded the president several times. She even once flipped over Trump’s retweeting speculation that Al-Qaeda leader Osama bin Laden was not actually shot dead by Navy SEAL commandos during Obama’s reign. “You are the president, not someone’s weird uncle!”

On the other channel Biden made no mistakes and that was enough, given his big lead in the polls.

But the real surprise did not come from the two competing broadcasts until a day later: the viewing figures showed a clear winner. And his name was not Donald Trump.

That will hurt the president, as a former TV star still fixated on viewing figures. He lost to Biden by 10.6 million to 13.9 million viewers. And CNN media journalist Brian Stelter added some salt in his report: Trump’s town hall was broadcast not only by all the local TV stations affiliated with the NBC network, but also on cable and internet channels such as CNBC and MSNBC. If you included that, Trump had 13 million viewers, but even with all those extra channels, it was still almost a million less than Biden.

Losing viewership is not the same as losing voters. If all those viewers have the right to vote, that’s a 5 percent sample of the 250 million possible voters in the US. And certainly not a random sample.
But still: it is another sign that Trump is not doing well. In the polls he is doing badly unchanged. He is behind Biden by 10.5 percent, according to the calculation of the website Fivethirtyeight.com, which weighs in that average the quality of each poll. And also in the amounts raised by his campaign organization, he lags behind Biden.

The good numbers are a concern for Democrats

In the computer model of Fivethirtheight.com, Trump has only a 13 percent chance of remaining president.
Paradoxically, those numbers are of serious concern to Democrats. It’s going too well, you can hear them think. Soon our voters will stay at home, or they will not take the trouble to post their ballot papers, because it will be fine anyway.

According to Guy Cecil, the leader of Priorities USA, one of the Democratic action committees that raise money and place TV and Internet ads, Biden only has to burp a few percent in voter favor or Trump will win just enough members in some key states in 2016. of the electoral college to be reelected.
In a campaign spot, Trump’s predecessor Barack Obama warns about this: “It’s getting tight. It could boil down to a handful of voters like you. Make sure we make it. Vote in time. ”

To a large extent those noises are scare tactics, the nerves of a cyclist who has escaped, but remembers how he was last taken back during the previous race. The Democrats have had a trauma from 2016 when the polls were quite right nationwide – (Hillary Clinton won the most votes. But they were wrong in a few major states – and Trump was left with so many members of the electoral college that he became president.

Will the pollsters go wrong again this year? Can Biden still be caught? Thomas Edsall summed up in the New York Times why you should consider that possibility.

In the US, for example, you have to register as a voter, including whether you want to be registered as a Democrat, Republican, or independent for the purpose of access to the primaries. That does not yet determine with certainty who you will vote for, but of course it does give an idea. In a number of key states, Edsall reports, comparatively more Republicans have joined than Democrats in the past four years.

Trump stands up for traditional America

There are many who fall into the target group that Trump had to rely on in 2016, and which he is now fully aiming at: low-educated white Americans, especially men.

More generally, Edsall cautions, there are many Americans who have a traditional image of the US and think Democrats want to tinker with it too much. Trump, whatever else you may think of him, stands up for that traditional America. That might get him more voters at the last minute than you would expect based on the support he gets for his policies and actions.

It is possible that polls people overlook because they don’t answer the phone, or don’t want to tell polls that they support Trump. They’re called the “shy Trump voters,” and they rightly scare the Democrats.

But if Trump and Biden face each other on two TV channels one night, and fewer people turn Trump on than Biden, then as a Democrat you should be a bit more relaxed. No one is too shy to turn on the TV in his or her own home when – exciting right? –Donald Trump steps into the ring with a mainstream media reporter.

The number of ‘shy Trump voters’ may therefore not be so bad.

These were the details of the news Trump is also losing to Biden in ratings for this day. We hope that we have succeeded by giving you the full details and information. To follow all our news, you can subscribe to the alerts system or to one of our different systems to provide you with all that is new.