France reveals a surprise accident in the killing of a history... 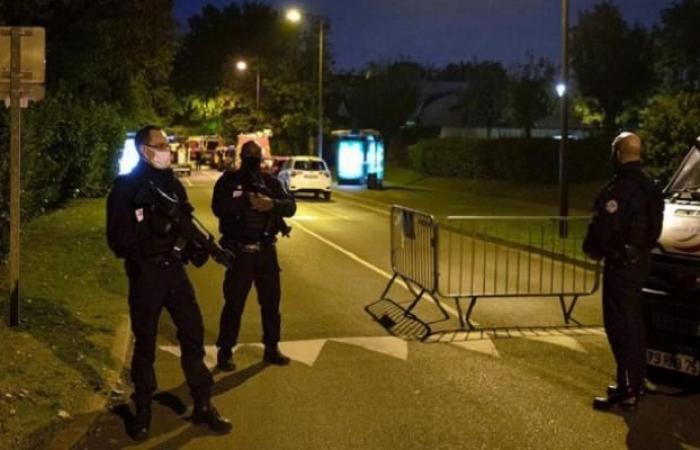 The French public prosecutor in charge of terrorism cases stated that the history professor who was beheaded in a suburb of Paris received threats on the Internet before his murder, against the background of showing cartoons of the Prophet Muhammad to his students.

Attorney General Jean-Francois Ricard said in a press conference that the father of one of the students called for the dismissal of teacher Samuel Bate (47 years) and launched a call on the Internet to “take action” against him after the class that dealt with freedom of expression.

Patty was beheaded outside the school where he taught in Conflans-Saint-Honorine, northwest of Paris, while the perpetrator died after being attacked by police.

The Russian embassy in Paris identified the attacker as “Abdullah Anzurov,” whose family arrived in France when he was six years old and applied for asylum.

The embassy stated that the 18-year-old attacker obtained residency this year and had no connection to Russia.

Nine people were arrested, including the student’s father and a militant who was on the French intelligence services’ list of individuals under surveillance.

The public prosecutor stated that the school received threats after the class that took place in early October, during which the teacher displayed controversial cartoons, one of which showed the Prophet naked. The schoolgirl’s father accused Patti of spreading “pornography”.

The student and her father filed a criminal complaint against the professor, who, in turn, filed a complaint about being subjected to defamation, according to Ricard.

The father published Pati’s name and the school’s address in a post on social media days before the killing, which French President Emmanuel Macron described as a “terrorist attack.”

Earlier this week, he released a video in which he said that Islam and the Prophet were “insulted” at school.

Ricard did not clarify whether the attacker had any connection to the school, students or parents, or whether he acted independently in response to the online campaign.

Eyewitnesses reported that he was seen at the school on Friday afternoon asking about Patty’s whereabouts.

A picture of Patti and a letter confessing to his murder were found on the attacker’s mobile phone.

The Public Prosecutor stated that the attacker was carrying a knife, an air rifle, and ammunition, and he fired at the police and tried to stab the officers as they moved to surround him, before they shot him nine times.

The attack is the second of its kind since the trial sessions began last month for the alleged accomplices of the perpetrators of the attack that targeted in January 2015 the offices of the satirical magazine Charlie Hebdo, which published cartoons of the Prophet Muhammad, unleashing a wave of anger across the Islamic world.

The newspaper reprinted the cartoons on September 1, at the start of the court sessions.

These were the details of the news France reveals a surprise accident in the killing of a history... for this day. We hope that we have succeeded by giving you the full details and information. To follow all our news, you can subscribe to the alerts system or to one of our different systems to provide you with all that is new.