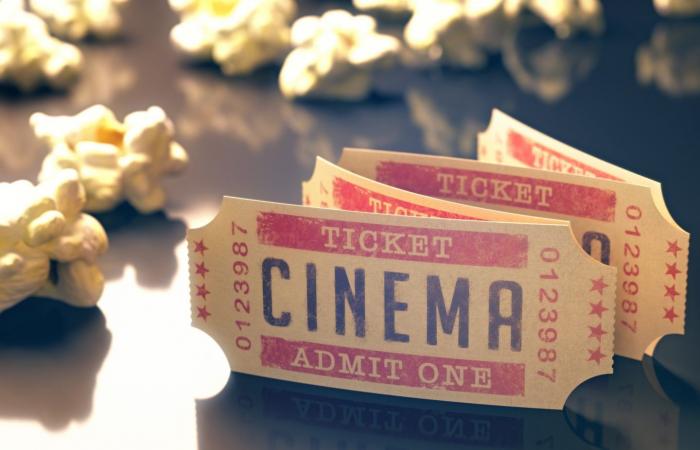 Brazilian cinemas moved over R $ 1.2 million last weekend – it was the first time that box office has hit seven digits in the country since March, when the rooms were closed because of the coronavirus pandemic.

Children’s Day and the reopening of cinemas in the State of São Paulo contributed to the increase in box office, which considers the audience of cinemas and drive-in between October 8 and 12, according to a ComScore survey.

The collection, however, does not reach the feet of that registered in February, which had a weekly average of R $ 20 million – an expressive figure for the worldwide box office of a film.

Although expected, the drop in the collection of films questions the future of box office in the post-pandemic. Even in the United States, where movie theaters opened at the end of August, the box office has yet to restore the old rhythm.

Christopher Nolan’s superproduction Tenet, which debuted on September 4, grossed about $ 20.2 million in its first final week, less than half that of Dunkirk, the director’s penultimate film, whose collection in the first three days in poster was just over $ 50 million.

In this scenario, studios have been looking for other ways to profit from the films. Disney, for example, chose to launch “Mulan”, its big bet of the year, directly on the Disney + streaming platform. Bloomberg data suggests that the alternative was successful – but will it be enough to supply the box office profits?

How is a film’s box office calculated?

Professor André Gatti, from the Faap Cinema course (Fundação Armando Alvares Penteado), explains that there are two ways to calculate a film’s box office: revenue and audience. “Each film has a market strategy. Productions blockbuster tend to yield more because they are thought to be watched in 3D rooms, whose ticket is more expensive. When it comes to writing the box office, all types of rooms have the same weight. ”

Another way of calculating the film’s box office – which is more democratic – is the audience: a simple sum of how many people bought a ticket to watch the production in theaters. “A good box office also draws the public to the film”, points out the professor.

According to Gatti, the first two weeks of showing a film used to pay the total cost of production. “Avengers: Ultimatum”, the highest grossing of all time, for example, had an investment of US $ 356 million, and already in the first week, it raised about US $ 357 million.

“Os Novos Mutantes”, which premiered in the last week of August in the United States and has not yet arrived in Brazil, has not paid the budget of US $ 80 million after a month and a half on display. The purchase of the film by the streaming platform HBO Max, however, contributed to the studio at least not being in the red.

Are views and rentals on streaming platforms box office?

“No – for now”, points out Gatti. At streaming platforms, however, are trying to sign in to that account. The professor talks about a “hybridization” of the film’s revenue, which will consider both the ticket sales and the rights to display a film for streaming – whether it gets into the box office account or not.

“Streaming is already an important part of a movie’s profit, so much so that the viewing windows – the time when a movie is showing in theaters – are getting smaller and smaller”. However, Gatti believes that films released on the internet during the coronavirus pandemic may be reissued in theaters later, when it is safe, more on account of the distributors, who retain most of the ticket value, which will also contribute to the box office. of the movie.

Yes, tickets purchased to watch drive-in movies are added to the box office account. “Even in Brazil, some producers are trying to use the drive-in to comply with Ancine’s clause that obliges a Brazilian film to be shown in theaters before leaving for a streaming platform”, comments the professor.

In this scenario, the China it appears as a “lifeboat” at the box office of major Hollywood productions. In the country, cinemas were reopened in July.

“Mulan”, for example, raised about $ 40 million in China – $ 10 million more than the amount offered by Disney + to buy the film from the producer, $ 30 million.

“Today, China has the same number of cinemas as the United States,” says André Gatti. “Proportionally, there are fewer rooms per person, but if each inhabitant of China only goes to the cinema once more than usual, they have surpassed the audience and the revenue that films make in the United States.”

The “Tenet” box office in China was also higher than the opening weekend in the United States: $ 53.6 million, almost as much as “Dunkirk”.

Want to receive news from 6 Minutes straight on your WhatsApp? Just join the group through the link: https://6minutos.uol.com.br/whatsapp.

These were the details of the news Low revenue questions future post-pandemic box office for cinemas for this day. We hope that we have succeeded by giving you the full details and information. To follow all our news, you can subscribe to the alerts system or to one of our different systems to provide you with all that is new.