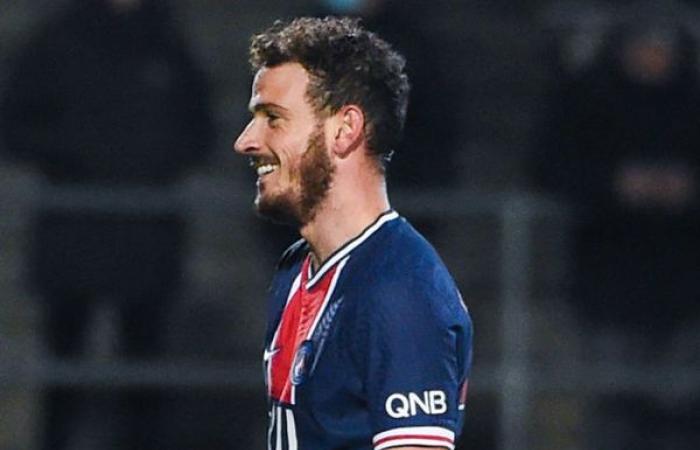 Ready with the option to buy from AS Roma, Alessandro Florenzi made a thunderous debut with Paris Saint-Germain. Again scorer Nmes (0-4), Friday in Ligue 1, the versatile Italian side shows match after match that he can be a very valuable element for the capital club.

It was one of Leonardo’s main projects in the transfer window. Left free by Thomas Meunier, who left for Borussia Dortmund without having been extended, the position of right side has given some gray hair to supporters of Paris Saint-Germain.

But in recent weeks, the problems in this area of ​​the field seem to have evaporated. Solutions provided by a man: Alessandro Florenzi (29 years old).

The only satisfaction of the defeat against Olympique de Marseille (0-1), for his first outing with Paris, the Italian has gained momentum over the meetings to definitely make his mark. Before the international break, the player ready by AS Roma distinguished himself with a magnificent goal against Angers (6-1), a resumption of steal in the opposing side net, systematically bringing danger to his centers of surgical precision.

On the lawn of Nmes (0-4), Friday, the Transalpine once again pulled out the big game. Close to finding the flaw before the break with a distant strike low to the ground, Florenzi equaled in the second period in a position more axial. Indeed, he touched the uprights twice, a resumption of whip flight then of the head, before making the break by throwing himself on a crossed head of Sarabia. Good defensively, excellent offensively, he swims like a fish in water in his new team.

Florenzi got everyone to agree

In just a month, Florenzi has already got everyone to agree. Starting with Colin Dagba, who took over in the right lane for the hour of play in the Gard. He’s good, he’s good. Competing with Kylian (as an attacker, note), it will be complicated I think, we have seen him again today, but he is really skilful in front of goal and we also see him in relation to his crosses. He’s a very good player , incense the young Parisian.

Among specialists, Pierre Mns is already convinced by the contribution of Florenzi. PSG is now certain of having made a good pick at the right side post with Florenzi, who was sublime in this match, by his centers, his goal and his two posts , underlined the journalist on his blog. A priori, PSG should not take long to lift its fixed purchase option of only 8 million euros. A real gift from the Louve.

Florenzi, the best move of the transfer window for PSG? Do not hesitate to react and discuss in the area add a comment …

*The article has been translated based on the content of Source link by http://www.maxifoot.fr/football/article-45198.htm
. If there is any problem regarding the content, copyright, please leave a report below the article. We will try to process as quickly as possible to protect the rights of the author. Thank you very much!

These were the details of the news PSG: Florenzi, it’s honey – football for this day. We hope that we have succeeded by giving you the full details and information. To follow all our news, you can subscribe to the alerts system or to one of our different systems to provide you with all that is new.