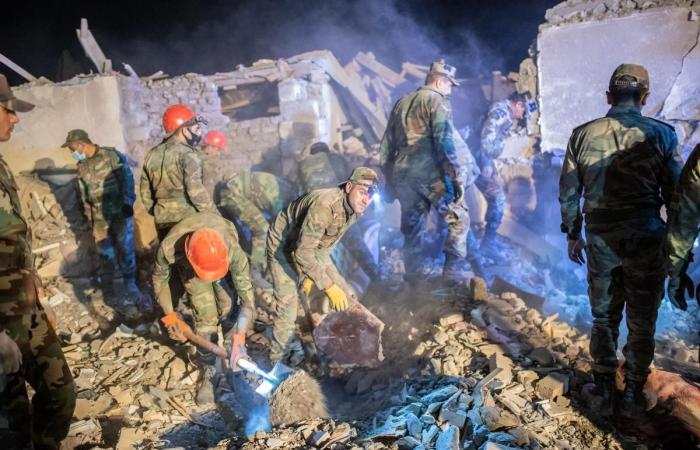 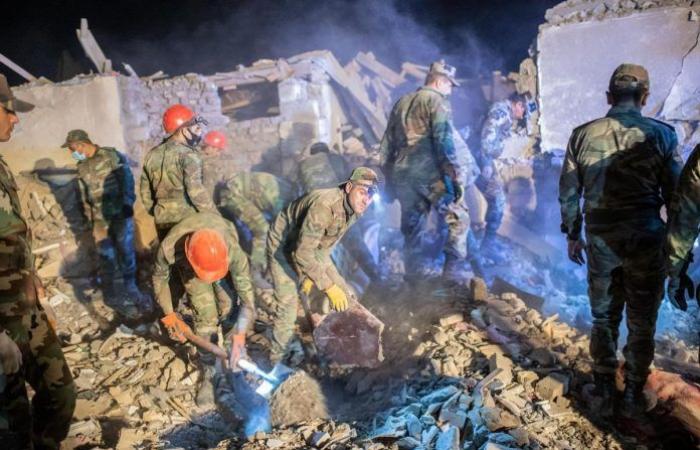 A missile hit a residential area in Gandja on Friday. The exact toll is not yet known, but several victims are deplored.

A missile hit a residential area on Saturday and claimed victims in Azerbaijan’s second city, Gandja, marking an escalation in the conflict in Nagorno Karabakh hours after shelling in Stepanakert, the capital of the separatist region. The strike was followed by a second in another part of the town of Gandja, as well as a shot at the nearby strategic town of Mingecevir.

For his part, Stepanakert has been bombed numerous times since hostilities resumed between Yerevan-backed separatist forces and Azerbaijani soldiers on September 27. The bombardments have almost emptied it of its inhabitants. No official report was available.

This surge in violence is undermining international efforts to calm hostilities between Christian Armenians and Muslim Azeris and which involve regional powers like Russia and Turkey.

In Gandja, AFP journalists saw houses destroyed by the missile which struck at around 3 a.m. local time (1 a.m. Swiss). Residents in tears fled the scene, some in pajamas and slippers. “We were sleeping. The children were watching TV, ”says Rubaba Zhafarova, 65, in front of her destroyed house. “All the houses around have been destroyed. Many people are under the rubble. Some are dead, others are injured, ”she laments.

Dozens of rescuers were looking for survivors in the night, bare hands, in the rubble. After a few hours of searching, a team left black body bags, including one with a head and an arm, in an ambulance. AFP journalists subsequently saw three people carried on stretchers but it was not clear whether they were dead or alive. “My wife was over there, my wife was over there,” shouted a man who was led to an ambulance by a medic.

According to residents, more than 20 people lived in the affected area. A resident said he saw a child, two women and four men removed from the rubble. “A woman lost her legs. Someone else has lost an arm, ”said Elmir Shirinzaday, 26. Hikmat Hajiyev, an adviser to Azerbaijani President Ilham Aliyev, said in a tweet that “according to initial information, more than 20 houses have been destroyed”.

An Azeri official said a second missile simultaneously struck an industrial area in Gandja, but gave no further details. City of more than 300,000 inhabitants, Gandja had already been struck Sunday by a missile which had killed ten people.

AFP journalists in the nearby town of Mingecevir, an hour’s drive north of Gandja, said they heard a loud explosion that rocked the building they were in at around the same time. Mingecevir is protected by an anti-missile system because it houses a strategic dike. It was not clear whether any missiles had been destroyed in flight or whether they had hit the city. The Azerbaijani defense ministry only said that Mingecevir was the subject of an “attack” without providing further details.

Since the conclusion of a “humanitarian” truce signed on October 10 in Moscow, supposed to allow the bodies of dead soldiers and prisoners to be exchanged, the situation had remained calm in Stepanakert until Thursday and further bombardments.

Elsewhere on the front, fighting continued, with Azerbaijan and Armenia accusing each other of violating the ceasefire and targeting civilian areas. Azerbaijani soldiers advanced north and south of the front line, taking up positions in Karabakh and two districts that had been under Armenian control since the end of a previous war in 1994.

*The article has been translated based on the content of Source link by https://www.tdg.ch/frappe-sur-un-quartier-de-la-deuxieme-ville-dazerbaidjan-661906496001
. If there is any problem regarding the content, copyright, please leave a report below the article. We will try to process as quickly as possible to protect the rights of the author. Thank you very much!

These were the details of the news Conflict in Nagorno-Karabakh – Strike on a district of Azerbaijan’s second... for this day. We hope that we have succeeded by giving you the full details and information. To follow all our news, you can subscribe to the alerts system or to one of our different systems to provide you with all that is new.