Emmanuel Macron, President of France: Beheaded professor was the victim of... 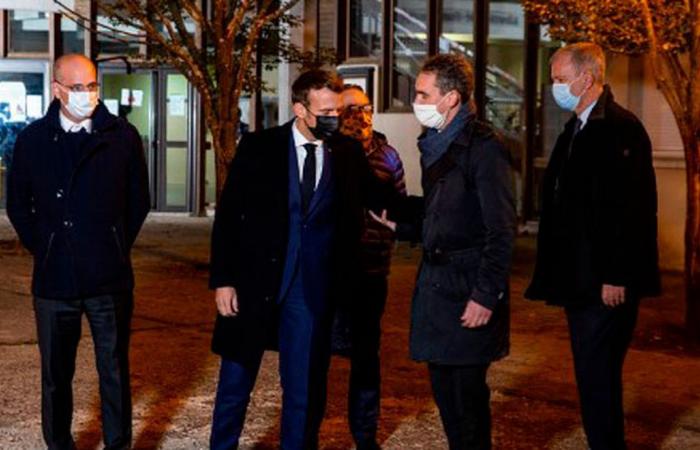 The French President, Emmanuel Macron, said this Friday, October 16, that the beheaded professor near Paris he was the victim of an “Islamist terrorist attack”.

Macron, who spoke briefly from the place where a man beheaded the professor Before being killed by the police, he added that “the entire nation” was ready to defend the teachers.

“They will not pass, the obscurantism and violence that accompany it will not win,” he added. The president took the floor after meeting with teachers from the Bois d’Aulne school, in Conflans-Sainte-Honorine, a city of 35,000 inhabitants 50 km from Paris.

The victim, who had shown cartoons of the prophet Muhammad during their classes, was beheaded in the afternoon a few meters from the school. The incident was reported three weeks after an attack in front of the old offices of the weekly Charlie Hebdo, which published cartoons of the founder of Islam and was targeted by jihadists in 2015.

The National Antiterrorist Prosecutor’s Office opened an investigation into “Murder in connection with a terrorist company” and “terrorist criminal association”.

Four people, including a minor, were arrested on Friday night, October 16, a judicial source informed AFP. Those arrested are part of the aggressor’s family environment, according to a source close to the investigation.

Macron He immediately went to the scene of the attack and was accompanied by Gérald Darmanin, Interior Minister who interrupted a trip to Morocco to return to France, and the Minister of Education, Jean-Michel Blanquer.

The president asked “the whole nation” to unite around the teachers to “protect and defend them.”

These were the details of the news Emmanuel Macron, President of France: Beheaded professor was the victim of... for this day. We hope that we have succeeded by giving you the full details and information. To follow all our news, you can subscribe to the alerts system or to one of our different systems to provide you with all that is new.

NEXT ‘No place for you’: Indian hospitals buckle amid virus surge