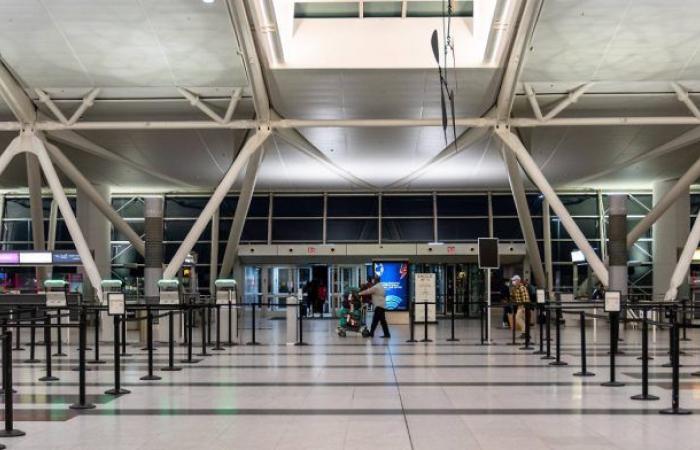 The USA has amassed a loss of 3.1 trillion US dollars due to massive government aid to deal with the corona crisis. That is a new record. The ailing economy is recovering slightly, but it threatens to crash again. After all, things are not going well with the new stimulus package.

In the US, the budget deficit has tripled compared to the previous year due to the Corona stimulus packages: In the financial year up to and including September, the US government made 3.1 trillion US dollars (2.65 trillion euros) lousy. That is the highest level of all time and more than three times as much as last year. Here the shortfall was still $ 984 billion. The previous record was $ 1.416 trillion in fiscal year 2009 when the US was hit by the global financial crisis. The deficit for 2020 was two trillion higher than estimated at the beginning of the year, as the Treasury Department has now declared.

In order to cope with the severe economic consequences of the coronavirus pandemic, the US Congress has already adopted economic stimulus measures worth around three trillion US dollars since March. That is why the expenditure in the past fiscal year was 6.5 trillion well above the income of 3.4 trillion, as the ministry announced. The public debt of the US government increased significantly during the tenure of President Donald Trump despite the good economic situation and is now around 21 trillion US dollars. That corresponds to almost the entire annual economic output of the USA.

The pandemic and the measures to contain the virus had sent the US economy into decline from March. Growth collapsed and unemployment soared to record highs. According to the US Federal Reserve (Fed), the extensive economic stimulus packages helped prevent an even more dramatic slump.

The economy is now recovering, and the unemployment rate has also fallen significantly: it stood at 7.9 percent in September. Before the pandemic, however, it was only 3.5 percent – the lowest level in decades. Another trillion dollar economic stimulus package has been negotiated between the government and Congress for months. The Federal Reserve has warned that the economic recovery could stall if there is no new injection of government money.

Trump’s Republicans and Democrats still have very different ideas about another stimulus package. An agreement on a new package therefore seemed increasingly unlikely before the US election on November 3rd. The government recently proposed a $ 1.8 trillion package, but the Democrats are calling for more extensive action.

No agreement on the stimulus package in sight

An economic stimulus package requires the approval of both chambers of parliament: the Democrats control the House of Representatives, the Republicans the Senate. Among other things, the Democrats also want to help states and municipalities that have suffered major revenue losses due to the pandemic. The Republicans reject it. Their proposal to give employers largely immunity for possible corona lawsuits is rejected by Democrats.

The Republicans had also proposed that smaller parts be passed where there was agreement. The Democrats only want to accept a comprehensive package. In the USA, the number of new corona infections is increasing again every day. After the number remained at around 40,000 for a long time, around 60,000 people have recently been infected every day. Experts now fear a further increase.

*The article has been translated based on the content of Source link by https://www.n-tv.de/wirtschaft/US-Defizit-verdreifacht-sich-wegen-Corona-article22106944.html
. If there is any problem regarding the content, copyright, please leave a report below the article. We will try to process as quickly as possible to protect the rights of the author. Thank you very much!

These were the details of the news Economic stimulus package stalled: US deficit tripled due to Corona for this day. We hope that we have succeeded by giving you the full details and information. To follow all our news, you can subscribe to the alerts system or to one of our different systems to provide you with all that is new.