Russian maneuvers in the Caspian Sea against the backdrop of the... 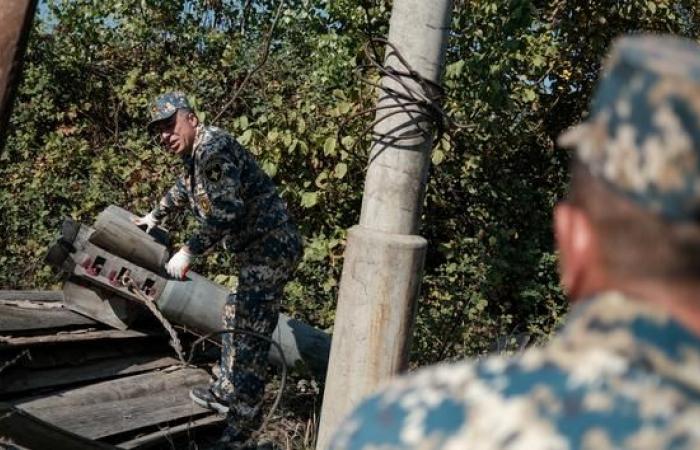 Russia announced Friday, October 16, that it had started military maneuvers in the Caspian Sea, which borders the Azerbaijani capital Baku, against the backdrop of an armed conflict between Azerbaijan and the Armenian separatist forces of Nagorno Karabakh.

These relatively modest exercises involving six ships, seven planes and more than 400 soldiers are being organized in the north of the Abcheron Peninsula, where Baku is located, and include artillery and missile fire, the Russian army said in a report. communicated. They “do not pose any threat and do not impose any restrictions on the economic activities of the coastal states of the Caspian», Underlines the press release.

Fighting for three weeks between Azerbaijan and separatist troops from the secessionist region of Nagorny Karabakh, supported by Armenia. A truce “humanitarianWas signed on Saturday under the mediation of Russia but the ceasefire remained a dead letter. A territory mainly populated by Armenians, Nagorny Karabakh seceded from Azerbaijan shortly before the collapse of the USSR, leading to a war that claimed the lives of 30,000 people and left hundreds of thousands of refugees from both camps in the 1990s. The new hostilities, which began on September 27, are by far the deadliest since the 1994 ceasefire.

Russia maintains good relations with the two belligerents but is closer to Armenia, a member of a military alliance within the Collective Security Treaty Organization (CSTO) led by Moscow. Russia continues to encourage a diplomatic solution to the conflict but has warned that if the clashes spread to Armenian territory, it will fulfill its “obligationsStemming from its alliance with Yerevan.

TO SEE ALSO – Nagorny Karabakh: Emmanuel Macron pleads for “a ceasefire and the resumption of negotiations”

These were the details of the news Russian maneuvers in the Caspian Sea against the backdrop of the... for this day. We hope that we have succeeded by giving you the full details and information. To follow all our news, you can subscribe to the alerts system or to one of our different systems to provide you with all that is new.