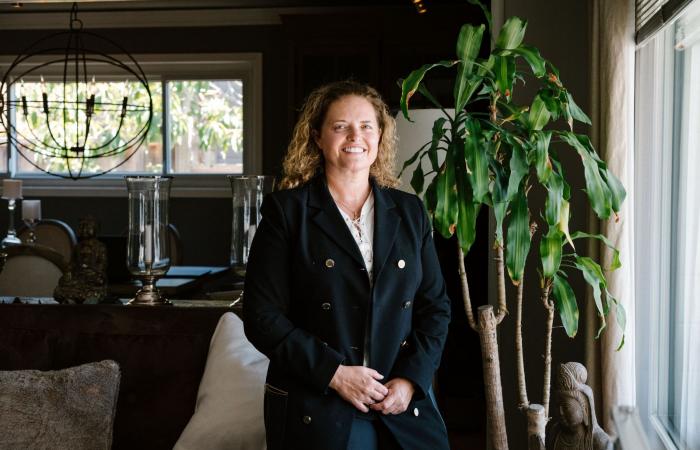 The technology company Elliptic Labs is the latest in a series of newcomers to Merkur Market. The Oslo Stock Exchange marketplace is now worth more than NOK 100 billion.

Elliptic Labs has raised DKK 125 million in connection with the listing.

The fundraising was “significantly oversubscribed”, according to the company. The money was raised by issuing 833,333 new shares at a price of NOK 150 per share.

The fresh capital was primarily to be used to strengthen the company’s capital, increase the number of employees and product development, as well as pay down debt of around NOK 25 million.

The issue priced the company at NOK 1.4 billion.

On the Oslo Stock Exchange on Friday morning, the share was traded at NOK 180 per share at the highest. It prices the company at NOK 1.7 billion.

Thus, the market value of the company has increased by NOK 300 million in just over a week.

– It looks like there has been a good volume so far today, and the price is higher than the last issue price. We experience this as a positive start, says Elliptic Labs manager Laila Danielsen via an SMS to E24.

CFO Thor A. Talhaug of Elliptic Labs says it is “gratifying” that the price is higher than the transaction value.

– It has been a plan for the company for a long time to be listed on the stock exchange. We want to have a liquid share in a capital market, says Talhaug in a telephone conversation with E24.

The Norwegian company specializes in ultrasound technology, and in 2016 they signed an agreement with the large Chinese mobile company Xiaomi.

The agreement meant that the company’s technology can now be found in over 100 million mobile phones worldwide. Now they are entering the PC market.

– Our goal is to scale to billions of units, said Elliptic Labs CEO Laila Danielsen in a major interview with E24 in California, who has lived there since the 90s.

In the mobile phones of Chinese Xiaomi, the technology is used to replace the sensor on the front of the phone, which causes the screen to turn off when you take the phone to your ear. Instead, ultrasound waves perceive the proximity of the face.

Danielsen took over Elliptic Labs in 2013. At that time, the company consisted of nine researchers. They now have more than 50 employees and are present in Silicon Valley, China, South Korea and Japan, in addition to the headquarters in Oslo.

What the company does in practice is as follows: They use speakers and microphones, which emit and receive sound signals so high frequency that only animals such as bats and dolphins can perceive them, so-called ultrasound. These signals are processed using artificial intelligence, so you get a kind of super sensor.

Since the sensor can then be replaced by software, the screen can cover almost the entire phone. In addition, it is a cheaper solution that requires less power than a physical sensor, according to Teknisk Ukeblad.

Elliptic Labs collaborates with Qualcomm, the world’s largest manufacturer of computer chips for smartphones. At the electronics trade fair CES in Las Vegas in January, the large Taiwanese semiconductor manufacturer MediaTek announced that the Norwegian company is among their new partners in an innovation program for the Internet of Things.

At the same fair, Elliptic Labs also demonstrated a collaboration with the electronics company Texas Instruments. They have implemented the Norwegian technology in their sound amplifiers to make smart speakers even smarter.

But the collaboration Danielsen has perhaps worked hardest for is with the American giant Intel, which supplies processors to almost all the world’s computers.

– The fact that Intel will now facilitate the use of ultrasound in its microprocessors to detect motion, it is a game changer, which opens up a whole new world for us, Danielsen said in September.

* Norwegian company that operates with artificial intelligence linked to ultrasound and other sensors.

The market value of the companies on the Oslo Stock Exchange marketplace Merkur Market is around NOK 100 billion with today’s newcomer. The value has increased by NOK 77.7 billion so far this year.

– With Merkur Market, we wanted to open the stock exchange doors and the capital market for more companies. The stock market must be a source of capital. This year, this source has been rich, says stock exchange director Øivind Amundsen in a statement.

These were the details of the news Value jump for newly listed Elliptic Labs – E24 for this day. We hope that we have succeeded by giving you the full details and information. To follow all our news, you can subscribe to the alerts system or to one of our different systems to provide you with all that is new.