Two letters from Geagea to Kuwait 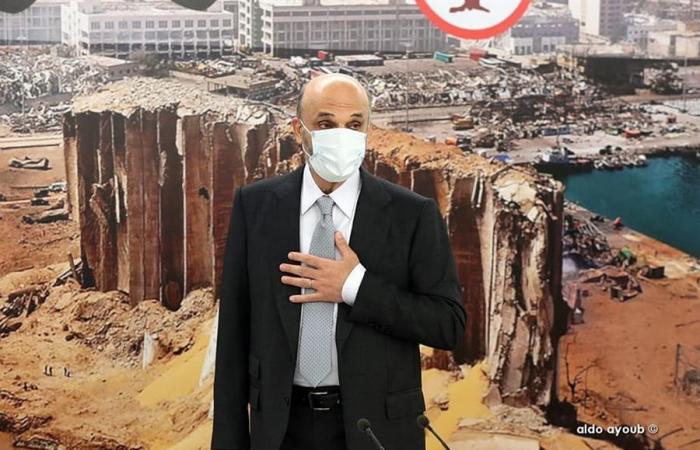 God save him,
I extend my sincere congratulations from your Highness on your pledge of allegiance to the Emir of the State of Kuwait, following the departure of your brother, His Highness Prince Sabah Al-Ahmad Al-Jaber Al-Sabah, may God have mercy on him.
Your choice to lead the State of Kuwait is the best reflection of the good management and competence you have proven, the ability to advance the tasks entrusted to you, and the wisdom and sobriety that you have known, so I ask God to grant you the best of success, assurance, progress and stability for your great country, the dear State of Kuwait, and for your greater homeland, the Arab world.
And given my firm conviction that Kuwait wants all the best for Lebanon and the Arab world, I hope your Highness will keep Lebanon, as we have done, in the priority of your concerns because of the civilizational and cultural value it represents.
I also aspire, through my cooperation and Your Highness, to strengthen the deep fraternal relations between Lebanon and the State of Kuwait, to advance and strengthen them towards greater cooperation in all fields, especially in the delicate circumstances that our country, Lebanon, is going through.
May God protect you and take care of you and guide your steps.
With the most sincere appreciation: Samir Geagea

His Highness Sheikh Meshaal Al-Ahmad Al-Jaber Al-Sabah
Crown Prince of the State of Kuwait
God save him,
I extend my warmest congratulations to you on the confidence that the Emir of Kuwait has placed in you His Highness Sheikh Nawaf Al-Ahmad Al-Jaber Al-Sabah, the honorable Al-Sabah family, and the Kuwaiti people for recommending you as Crown Prince, and this measure was the fruit of your good management in the process during which you served the State of Kuwait and a translation of the confidence of the Kuwaiti people, who are counting on you to employ your expertise. So you can support the Emir of the country in leading and advancing the state.
As I ask God to bless you with his success in performing your duties, I hope to elevate the relationship between the Lebanese Forces Party and the State of Kuwait to an advanced stage of fraternal relations and cooperation for the good of our peoples, our common issues and our common challenges.
With the most sincere appreciation: Samir Geagea.

These were the details of the news Two letters from Geagea to Kuwait for this day. We hope that we have succeeded by giving you the full details and information. To follow all our news, you can subscribe to the alerts system or to one of our different systems to provide you with all that is new.