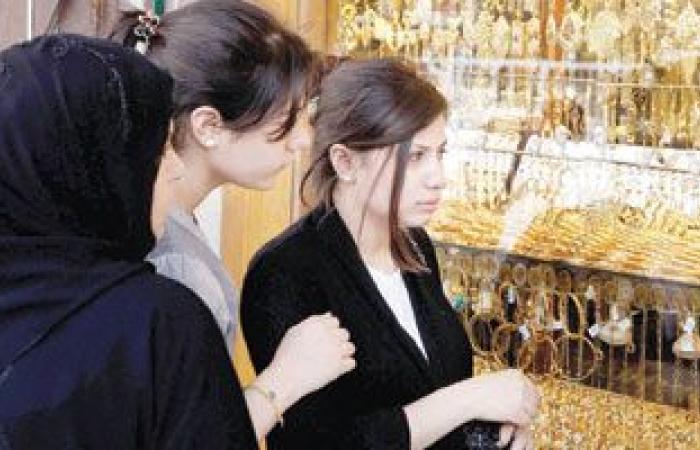 Gold prices rose in morning trading today, Thursday, by 3 pounds, to record 21-carat gold, which is the best-selling one in Egypt, at 828 pounds per gram, after the international prices of gold, “an ounce of gold,” approached from 1900 dollars so far.

A technical report revealed that the demand for safe havens of assets is linked to increased uncertainty in the markets regarding the US elections this year, and it is expected that it will be accompanied by many factors that will lead to high uncertainty such as delaying the announcement of results, and this will contribute to expectations With an increase in the number of Americans who will vote by mail due to fears of the spread of the Corona virus, and also expected to be contested elections and we may witness a lot of controversy over the results. These expectations raise investor fears of high volatility in the markets, which will increase the demand for hedging and sheltering in safe havens.

The report added, that the yellow metal recorded its highest historical level in August of this year above the level of $ 2,070 an ounce and recorded annual gains of 26%. These increases were related to the effects of the economic repercussions of the spread of the Corona pandemic during the first and second seasons of the year, then a price correction process occurred for the metal. Yellow during the month of September coincided with declines in US stocks, after investors resorted to covering the short positions due to the rapid declines that occurred in the markets during the month of September, then gold rose again above the level of $ 1,900 an ounce after the announcement of the US President’s infection with the Corona virus.

The report pointed out that people buy gold for several reasons, and the low price may be one of the reasons, and also for the purpose of hedging against risks and socially in seasons and events, and the demand for yellow metal takes many forms, including what is investment and some is consumer.

The report indicated that the future movement of gold is linked to a large degree with the developments of political events during the month of October 2020, and also depends on the results of opinion polls and the development of the health status of US President Donald Trump, and the link of the future movement of the yellow metal with the US presidential elections will depend on the degree of ambiguity and conflict over the elections, The more severe the differences, the higher the gold, and the more concerns about a constitutional crisis that follows the elections also increases. This also increases the demand for gold and the return of consumer demand for gold by individuals, which will be positively reflected on gold prices, and this return is expected to begin at the end of this year in which it will improve. Economic indicators.

The report continued, saying: The markets will monitor the consumer demand from India and China, expecting that prices will return to test the historic level that gold recorded in August ($ 2,075 per ounce), with the continuation of the strong fundamentals that support and strengthen the demand for gold during the last quarter of this year and the first quarter of Next year and the recent rises of the yellow metal were supported by an investment request to hedge against market fluctuations with the repercussions of the Corona pandemic crisis.

These were the details of the news Gold prices are rising 3 pounds … and 21 karat records... for this day. We hope that we have succeeded by giving you the full details and information. To follow all our news, you can subscribe to the alerts system or to one of our different systems to provide you with all that is new.