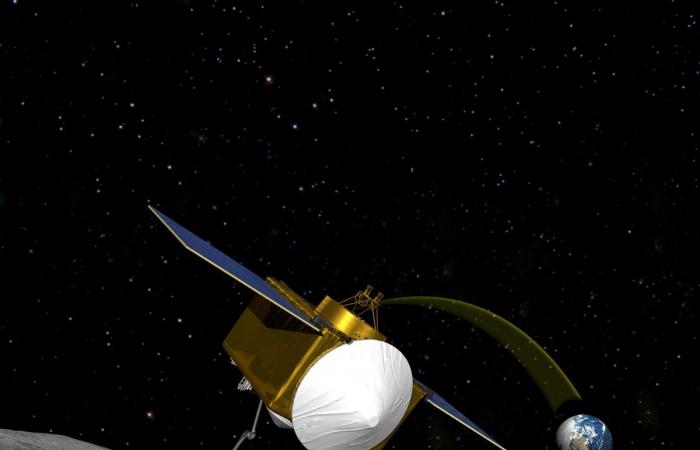 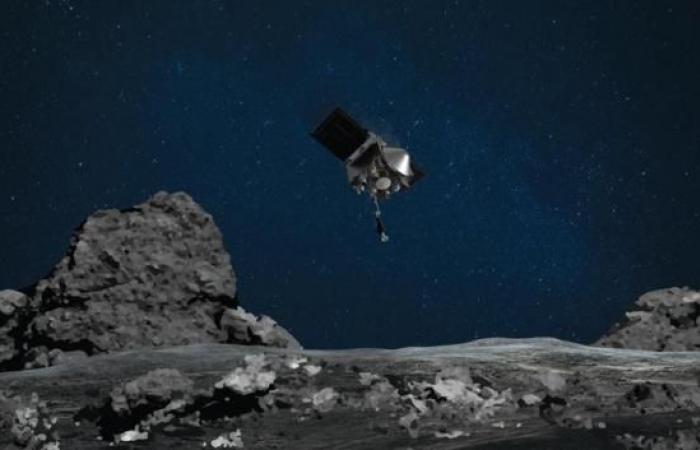 On Tuesday, October 20, 2020, NASA will conduct one of the most daring missions in its 62-year history when attempting a risky “touch-and-go” maneuver to “kiss” a near-Earth asteroid for five seconds .

NASA’s OSIRIS-REx spacecraft will collect a sample of rocks, dust and debris from the asteroid Bennu – currently 200 million miles away – and then fly it back to Earth.

Why is NASA undertaking such a complicated technical feat?

Bennu is believed to contain material from the early solar system. It can even contain the molecular precursors of life and oceans on Earth. So it could tell us how the solar system was born and how life began.

Quite alarming though, Bennu could Strike earth in the 22nd century.

Here’s everything you need to know to follow NASA’s spaceship as it “scrapes” some space dust from Bennu and sends him back to Earth.

When and where do you follow the OSIRIS-REx sample collection?

Live coverage of the spacecraft’s descent to the asteroid’s surface begins at 5:00 p.m. CET on NASA television and on the NASA website. There you can expect a live stream animation showing the progress of the spacecraft in real time.

After that, NASA will publish new pictures of Bennu up close.

Information about the OSIRIS-REx mission and the Bennu asteroid will also be given on the same channels on Monday, October 19, 2020, before touchdown.

The next day, those in the US can watch PBS’s NOVA science series, which will air “Touching The Asteroid,” an hour-long special that gives viewers a glimpse and exclusive footage of the mission released by NASA that day. It will air at 9:00 p.m. ET / PT and can be streamed online and through the PBS video app. The program will also be streamed on NOVA’s YouTube channel.

“It’s incredible to realize that after decades of space exploration beyond the lunar rocks brought back by the Apollo missions, humans haven’t even recovered an ounce of dust from the rest of the solar system,” says NOVA Co-Executive Producer Julia Cort. “If OSIRIS-REx is successful, it will bring back material that has remained largely unchanged since our solar system was founded over 4.5 billion years ago, and provide scientists with an unprecedented window into our own origins.”

How daring is that really?

The OSIRIS-REx team, who operate the spacecraft remotely from Colorado, have three options to extend their spacecraft’s arm, touch it down for just five seconds, and collect material from Bennu’s surface.

How much material will OSIRIS-REx return to Earth?

Possibly 2 kg. This is a thousand times more material than ever before brought back to Earth by an asteroid.

If successful, OSIRIS-REx would be the largest collection of robots in the history of space exploration.

What and where is Bennu?

Bennu is about 300 meters in diameter, an asteroid roughly the size of the Empire State Building. A day on Bennu, first discovered in 1999, lasts 4.3 hours and it takes 1.2 earth years to orbit the sun. Its orbit actually intercepts the Earth, with some of the dust particles it occasionally emits sometimes causing a very minor meteor shower in late September each year.

More importantly, its trajectory and size make it a “potentially dangerous asteroid” – a potential planet killer. Scientists have calculated that there is a 1 in 2,700 chance that it will hit Earth in 2170.

It will also make a narrow passage of Earth in 2060 – a little more than the Earth-Moon distance.

Originally called rq36 in 1999, the asteroid is now called 101955 Bennu – where Bennu is the name of an Egyptian mythological bird.

Why is Bennu so interesting?

Like all asteroids, Bennu is the remnant of the cloud of gas and dust that collapsed about 4.5 billion years ago to shape the sun and planets.

Many asteroids have since collided with each other or have experienced other heat changes, but the small, carbon-rich Bennu appears to be virtually unchanged. It can therefore contain the original building blocks of … everything.

Although OSIRIS-REx sounds rather clumsy as an acronym, it stands for Origins, Spectral Interpretation, Resource Identification, Security-Regolith Explorer. It started on September 8, 2016. It reached Bennu in December 2018.

Where on Bennu will the spaceship land?

After the OSIRIS-REx science team had mapped Bennu in orbit for a year, they decided on a location called “Nightingale” in the asteroid’s northern hemisphere. It is located in a crater about 140 meters wide. It is believed to be a young crater with the ground recently exposed, maximizing the chance of obtaining a pristine sample of the asteroid.

How does OSIRIS-REx get the sample?

During the maneuver, OSIRIS-REx slowly descends to Bennu’s surface at a few centimeters per second before extending an arm to touch its surface.

Bennu doesn’t have a lot of gravity, so it’s more of a docking than a landing.

This arm blows high-pressure nitrogen gas into the ground so that a cloud of loose dust, dirt, and rock fragments is trapped up in a canister on the spacecraft.

How is the sample returned to Earth?

With the parachute. After next week’s sample collection, the spaceship will return to Earth. It is expected to arrive in late 2023. A sample return capsule will detach from it, ventilate into the atmosphere, and parachute into Utah.

The canister of Bennu samples is then taken to the Johnson Space Center in Houston for analysis.

Have there ever been space missions with sample return?

Yes – in fact, every moon landing was practically a sample return mission – although OSIRIS-REx will be the first US spacecraft to return samples from an asteroid.

NASA’s Stardust Mission collected particle samples from the coma of Comet 81P / Wild in 2004 and brought them back to Earth in 2006.

The Japanese space agency JAXA then carried out a sample return mission called Hayabusa to the asteroid 25143 Itokawa in 2005, which arrived back on Earth in 2010, while Hayabusa2 visited 162173 Ryugu in 2018 and the samples are due to land back on Earth in December 2020.

However, if successful, OSIRIS-REx would go down in history as the most important sample return emission to date.

I wish you clear skies and big eyes.

These were the details of the news As you can watch live as NASA “kisses” an asteroid that... for this day. We hope that we have succeeded by giving you the full details and information. To follow all our news, you can subscribe to the alerts system or to one of our different systems to provide you with all that is new.