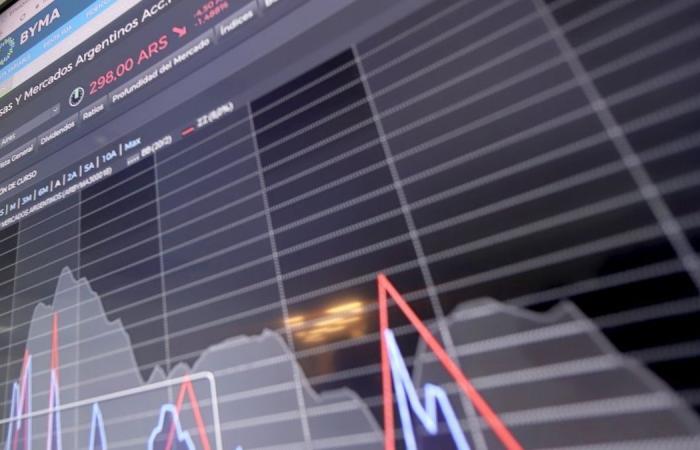 After a downward start, the S&P Merval index of Bolsas y Mercados Argentinos (BYMA) it finally rose for the tenth consecutive day, advancing 2% to 478,239 points.

On the main board, the most pronounced improvement was registered by the Ternium steel company (+ 4.20%), while the worst performance was for Central Puerto (-1.5%).

Market specialists agree that the Stock Market has been leveraged for weeks by the CCL, a mechanism by which assets are bought in pesos and settled in dollars abroad, protecting portfolios from Argentine risk.

“It can be clearly seen that in these 10 days of consecutive increases the common denominator is the strong upward pressure of the CCL. If it were not for this, the local papers do not have a positive driver that motivates their rise since despite being in prices Very low the risk-return ratio continues to make investors doubt “, commented Joaquín Candia, analyst at Rava.

For now, the signals from both the Government and the IMF they are far from calming the concerns of the operators about the drainage of the reserves and the dynamics of the exchange gaps that already exceed 100%

IMF chief Kristalina Georgieva said Wednesday that the most important task for Argentina is to draw up an agenda that balances its complex economy.

Argentine Certificates of Deposit continue to gain ground as They allow you to avoid the Argentine risk while offering exchange rate coverage and a very large variety of companies being able to invest in different sectors.

Attentive to the interest of investors in these instruments and the strong increases they experienced, Banco Comafi, which is the issuer of these assets, will modify the ratio of some 39 CEDEARs and therefore their prices will decrease since the effect would be similar to a split, they indicated from Rava.

On Wall Street, meanwhile, the ADRs of Argentine companies closed without a clear trend, in a day in which YPF led the decreases, with a loss of 4.8%, while IRSA Propiedades Comerciales led the increases, with an improvement of 4.6%.

Likewise, the main global markets were affected by the outbreak of coronavirus in Europe, as well as the lack of agreement on the stimulus package in the United States. All in all, the main American indices closed in negative territory for the third day in a row (down to 0.5%).

In the fixed income segment, the main bonds denominated in dollars were strongly offered throughout the day, leaving drops of up to 4.5%.

“Bonds suffered a punishment that is not usually seen in newly restructured products and at these levels the risks seem skewed to the upside,” the SBS Group said in a report.

Against this, country risk increased 0.1% to 1,406 basis points, after reaching 1,446 points prior to the opening of the local market, the highest since September 10 when the index was modified with the new bonds of a sovereign debt swap for just over 100,000 million dollars.

Finally, local currency bonds were also offered, leaving losses of between 1% and 5% on average for both the CER tranche and the floaters.

These were the details of the news The S&P Merval rose 2% thanks to the CCL, but bonds... for this day. We hope that we have succeeded by giving you the full details and information. To follow all our news, you can subscribe to the alerts system or to one of our different systems to provide you with all that is new.