The final list of candidates for the “Golden Boy” award 2020 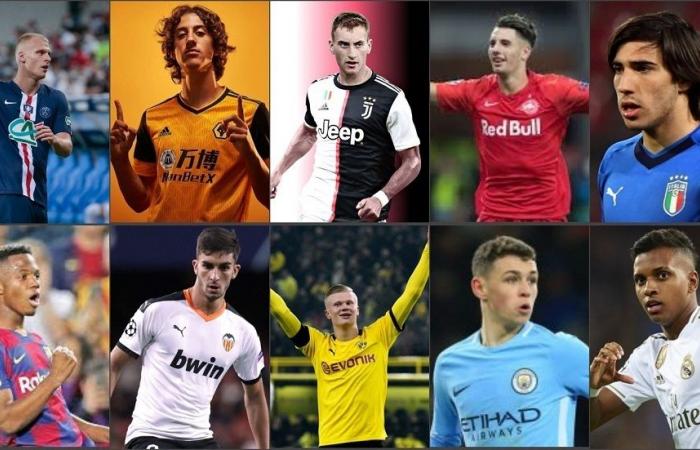 The Italian newspaper “Toto Sport” announced the final list of candidates to win the “Golden Boy” award, which is considered the most important individual award for promising footballers.

The list includes 20 young players, who have great chances of winning the “Golden Boy” award and who are already considered first-class stars, as is the case for the Norwegian, Erling Haaland, the Englishman, Jadon Sancho, the French Eduardo Camavinga, or the Canadian Alfonso Davis. , As nominees to win the award this season.

It is noteworthy that the Portuguese Joao Felix, the Atletico Madrid striker, won the “Golden Boy” award last season (2019-2020), to join a team of real stars who won the award in previous years.

The following is the final list of 20 nominees to win the “Golden Boy” award in 2020:

These were the details of the news The final list of candidates for the “Golden Boy” award 2020 for this day. We hope that we have succeeded by giving you the full details and information. To follow all our news, you can subscribe to the alerts system or to one of our different systems to provide you with all that is new.