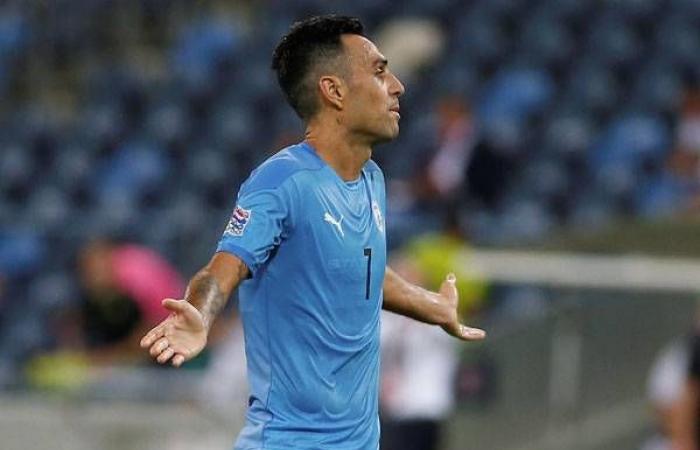 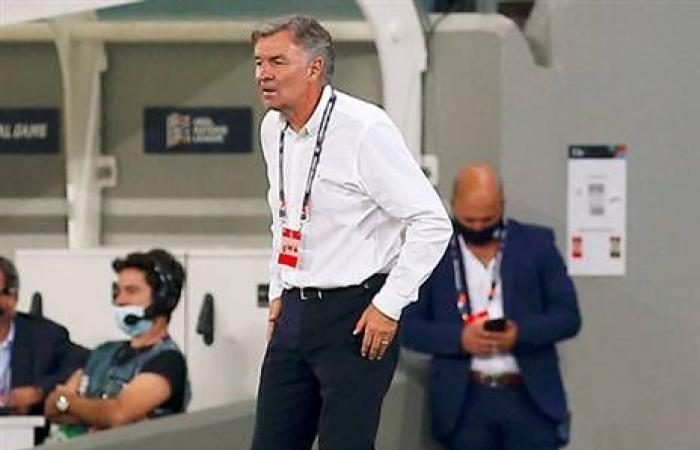 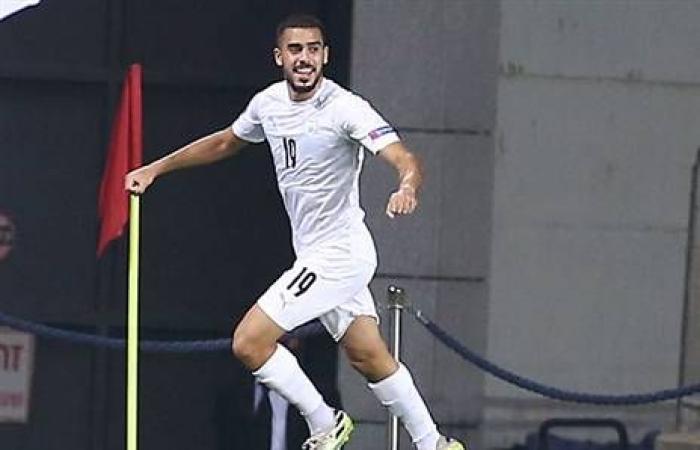 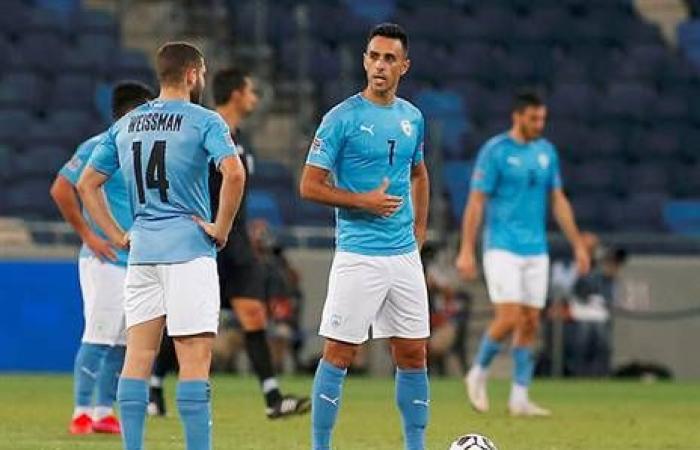 We will soon reach Eran Zehavi, and there is a lot to write about. But with all due respect, we have a team to write about and the last 25 minutes against Slovakia have shown us that there is someone to trust. There are excellent players, just need to think about how to bring the team to a really important game and win it, and I do not mean two League of Nations games against the Czech Republic and Slovakia, but against Scotland. There I would like to see the departure from the stencil of Willy Rotensteiner. Just as he finished the games against the Czech Republic and Slovakia, so he had to play against Scotland. So we were today a month before a historic standings against Serbia, one game over the Euros.

It is known that Israel’s defense has not been good for quite a few years. Three brakes, five brakes, it does not change the fact that we will always get funny expatriates. The team has excellent players in linking and attacking. We are dangerous against any team, certainly against those of the middle class. In that case Willie, go with your strong side, press, attack. There are those who will do the work upstairs. To win you have to place more attackers than defenders. The fact that you “strengthen” the defense with another brake at the expense of a striker, signifies that in advance you just do not want to lose.

Rotensteiner, notice how you defeated Slovakia yesterday after a 2-0 deficit away. First of all, replacing a good brake with a bad brake, Ofri Arad instead of Sharan Yeni. Second, replacing a bad relationship with a good relationship, Neta Lavie replaced Beavers Natcho. Then you brought in Sean Weissman, who is a striker, replacing left defender Maor Kandil who is actually a right defender. These three changed the face of the game, attacked, stumbled and let the best side of the team stand out and show what they know. Eli Desa, Weissman, Lavie, Manor Solomon, Eyal Golsa, Moanes Dabour and Zahavi.

Willie will see how many options there are on offense so the team won, because suddenly you were not afraid, because it is a game that does not determine anything. Where have you been against Scotland? How unfortunate that you did not understand this in Scotland. And this is where the biggest problem of the Israeli team since 1970 begins – it can be good in unimportant games. It’s time to dump her and move on. So, maybe, with the change of perception, there really is a chance to get to a big tournament. With fear failing, with risk yes. 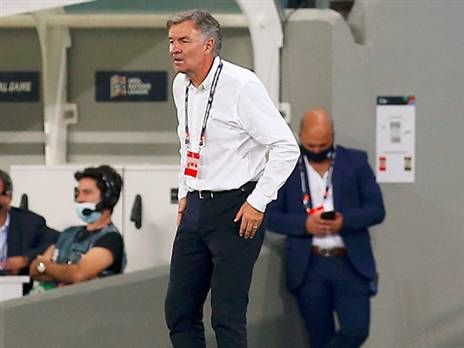 I know that every victory of the Israeli team makes the football fans land. True, yesterday and against the Czech Republic a little less, because we got wind of the sails after the loss on penalties to Scotland. One thing is for sure, although there are many fans and commentators who have long lost confidence in our football team, any tournament that starts will cause great excitement in the others. Like me for example. The Israeli team will remain in the hearts of many who will want and pray to see it succeed. It will be difficult, and sometimes impossible, but it is the Israeli team and one should always strive.

Even in the World Cup qualifiers for Qatar 2022, there will be those who will be disqualified. But when I see what material the Israeli team has, especially in the link and attack, players at a European level who do not fall short of any player from Slovakia, who was last night considered a “favorite” probably in her home, I am optimistic. Eli Desa, Taleb Twataha, Hatem ‘Abd al-Hamid, Nir Bitton, Ofri Arad, Idan Nachmias, Eyal Golsa, Muhammad Abu Fani, Dan Glazer, Dor Peretz, Manor Solomon, Yonatan Cohen, Elon Almog, Sean Weissman, Dia Seba, Moanes Davor and Yesh Vish More excellent youngsters knocking on team doors. Definitely have something to work with, I definitely have hope.

And now for the half-time incident between Zehavi and Davor. I watched an incident that the Hoffenheim striker tried to attack it from Eindhoven on the way down to the locker room. It seemed from the photo that maybe Zahavi threw a word to Davor who started raging. I also saw Zehavi’s tweet “Lucky we completed in half” as they smiled at the camera. Opinions of course will be here and there. There are those who will pass it on and say “emotions of football players”. There are indeed emotions, we are not dealing with a ballet class. In my opinion, quite a few places the two would not return to play in the second half.

Both Zahavi and Dabour have star-studded manners, this is very noticeable. In my opinion, the two feel too good on the team and have had incidents in the past, the most famous of which is the captain’s armband shot by Zehavi. To all those who think that nothing happened and the fact that Zahavi came back from the half and scored a hat-trick, I ask only one question: Would they have returned to play with Vladimir Ivitch, Dror Kashtan and Shlomo Sharaf? The answer is clear. The Israeli team is not a neighborhood. 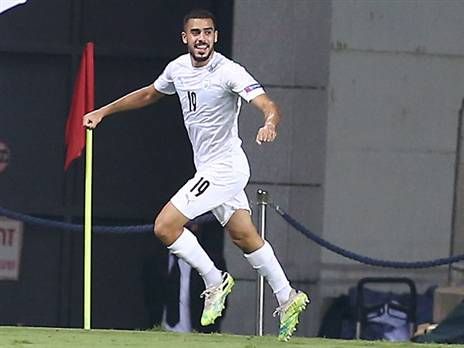 Eran Zehavi is one of the greatest players in Israel of all time. All the superlatives about him are true: giant, winner, “one of the best goalies in the world today,” which is a quote from Moshe Celebrating. It is impossible without it, etc., etc. Everything is true and I do not argue. I’ll tell you a secret, after Eran Zehavi’s first game at PSV Eindhoven, I sent him a WhatsApp message in this language: “You’re just a phenomenon, you can’t describe your ability as a striker.” I sign every word and we will also mention what he did in Israel with Maccabi Tel Aviv and during his time in China. An unusual striker.

Everything is right, until we get to the team games. The Israeli team must change its attitude. Players who play a number of terms and have not brought us anything, need to replace them. Quite a few people, including my colleagues and friends, will rightly say that “he is the only one who gives exiles on the team.” Right, but have we tried other options? Maybe without Eran Zahavi, the other attacking players will feel more comfortable and more relaxed, and his number of expatriates will be divided with three or four players? There is no answer for anyone – because we have not tried. In my opinion, the dependence on Eran Zahavi is extreme, and other options should be tried.

There is no problem at all that the star will continue in the Israeli team and continue to win in bundles, and I hope that he will also bring us to a big tournament like in his “Atref” speech before Scotland. My opinion, after not getting to a big tournament with big players who were no less good than Zahavi, is that we should try something different. Not sure it will work, but if we do not try, how will we know?

I received quite a few comments in the last few days and especially yesterday on WhatsApp and Twitter, and I promised to reply in the column today. What’s more, I also received a WhatsApp message from a senior member of the Football Association. I promised an answer and kept it. Just one thing do not ask me more: should Messi in Argentina and Ronaldo in Portugal be given up? These teams also depend on both phenomena. My answer to you is: as soon as Zahavi will lead us to the World Cup and World Cup final every four years like Messi and will lead us every four years to the Euros and to winning the Euros like Ronaldo, who will remain on the team until the age of 50 on my part. After all, Zehavi himself said after the film was shot: “We will not get anywhere for another 50 years.” So let’s try something else. 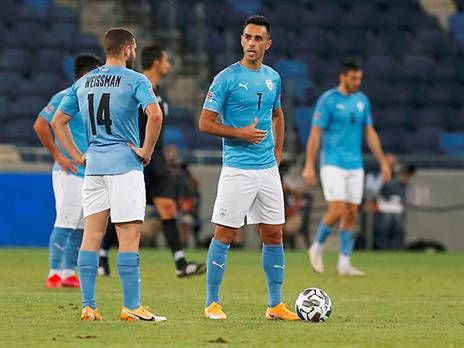 An unusual striker, but everyone has a replacement. Golden (Alan Schieber)

*The article has been translated based on the content of Source link by https://www.sport5.co.il/articles.aspx?FolderID=285&docID=351676
. If there is any problem regarding the content, copyright, please leave a report below the article. We will try to process as quickly as possible to protect the rights of the author. Thank you very much!

These were the details of the news Do you think it makes sense? On the team’s excessive... for this day. We hope that we have succeeded by giving you the full details and information. To follow all our news, you can subscribe to the alerts system or to one of our different systems to provide you with all that is new.