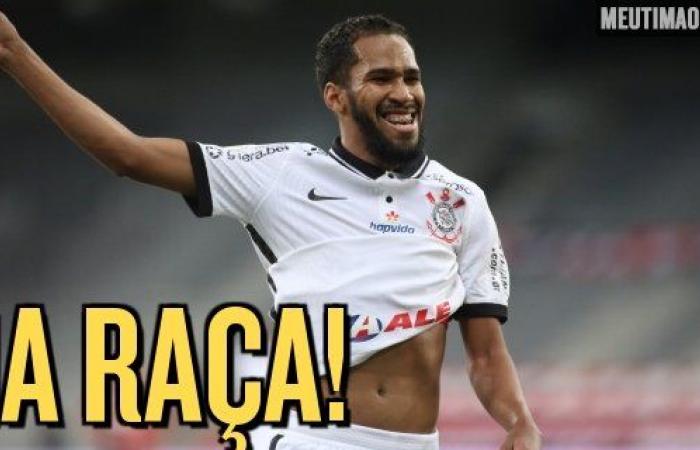 On Wednesday night, Corinthians went to the field to try to recover in the Brazilian Championship. In a duel that marked the debut of coach Vagner Mancini, the alvinegra team beat Athletico Paranaense 1-0, with a goal by Everaldo.

With the result, won thanks to Walter’s gala performance, Corinthians goes to 18 points and leaves the relegation zone.

Agenda – Now, Corinthians turns its attention to Flamengo, their next opponent. The match against Cariocas is scheduled for Sunday, at 16h, at Neo Química Arena.

In his debut, Vagner Mancini resumed the scheme with a reference striker, climbing Jô among the starters. In addition to him, Xavier also gained space in the team, which started the game with Walter; Fagner, Gil, Méndez and Lucas Piton; Xavier and Éderson; Ramiro, Léo Natel and Mateus Vital; Jo – Cassio, it is worth remembering, was suspended.

After three minutes, Corinthians arrived in danger. In a good cross from Piton, the ball was left for Mateus Vital inside the area. The midfielder finished on top of the goalkeeper and wasted the chance to open the scoring in Curitiba.

Even with the first opportunity, Timão saw the home owners take the initiative. It didn’t take long, then, for Walter to start working: at eight minutes, he sought Geuvânio’s submission in the corner to avoid the goal.

On 11 minutes, Ramiro took advantage of another splashed ball and almost scored in the head, stopping again in good defense from Jandrei. After the hectic start, the game was balanced and the teams started to dispute the ball in the midfield sector without creating great chances.

Walter went back to work after 30 minutes. After deviation on the first stick, Walter inserted a difficult ball without giving Athletico Paranaense a chance on the rebound. After the chance, Corinthians improved and launched more attack.

At 37 minutes, Piton crossed for Mateus Vital to head with danger over the goal defended by Jandrei. On the next move, the archer landed a kick from outside Ederson without frightening.

Timão continued to create. At 44, the white team mounted a good counterattack and Lucas Piton crossed. Jandrei threatened to rebound, but it fit and prevented Ramiro from arriving to check. Athletico responded with danger, but Walter made a great save.

After two minutes of the final stage, Walter reappeared. In a very strong shot by Geuvânio, the black-and-white archer cleared with good defense in his counterpoint. In the sequence, Renato Kayzer crossed, but this time for simpler intervention of the shirt 27.

And the goalkeeper remained the name of the second stage. In Ravanelli’s submission at the edge of the area, Walter went to pick up the corner and slapped the bottom line. Shortly after, the goalkeeper fitted another one without great scares.

Barely after the break, Corinthians only created their first chance in the 12th minute, in a poor finish from Ramiro who caught on the net from the outside. Ready for a possible rebound in the move, Joe fell in pain and had to leave the game. Boselli took his place.

Even before the Argentine came to the field, Walter showed up again. The archer found himself face to face with Renato Kayzer and did a miracle to prevent Athletico’s goal. Following, Léo Natel left and Everaldo joined Timão.

Mancini continued to tinker with his team in search of the goal. Ramiro and Éderson left for Camacho and Cazares. The shirt appeared well on his first shot and placed the ball on Fagner’s head. With no mark, the full-back headed out, wasting the best chance of the game.

At 30 minutes, Corinthians got complicated in the game. With the ball already out of bounds, Bruno Méndez attacked his opponent with an elbow attempt and was sent off with the help of VAR. In response, Mancini put Marllon in place of Mateus Vital.

With one less, it didn’t take long for Timão to see Athletico going up. On 36 minutes, Walter made another great save by kicking Geuvânio in the corner. At 46, Athletico headed with danger, over the white goal.

The goalless draw seemed set when, at 49 ‘in the second half, Xavier shared with the defense and sent it to Everaldo. Face to face with the goalkeeper, the striker hit under Jandrei’s legs to score.

These were the details of the news With goal in additions, Corinthians beat Athletico in Vagner Mancini’s debut for this day. We hope that we have succeeded by giving you the full details and information. To follow all our news, you can subscribe to the alerts system or to one of our different systems to provide you with all that is new.