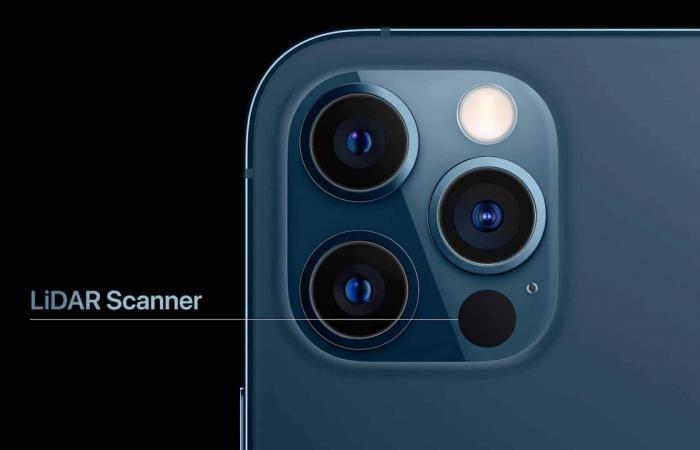 Now we know that the LiDAR Scanner (iPad ProIt works best in room size scales, but what kind of things can it do in the iPhone 12? As the two most important things for the average user are augmented reality games (WITH) And shopping (AR).

Apple has previewed some applications for the LiDAR scanner that will come conveniently later this year, and one of the most interesting applications is the game (Hot Lava), which is a first-person adventure game for iOS and PC, and will have (Hot Lava) New augmented reality (AR) mode in late 2020 that relies on Apple’s LiDAR sensor to bring its molten rivers into your living room.

So far, the demo hasn’t been quite as impressive as we had hoped – most of the objects your character hops around are in-game displays rather than your actual furniture but there’s still time to develop them.

Of course, any mention of augmented reality games brings to mind Pokemon Go, the only true AR game so far. Interestingly, game maker Niantic appears to be forging its own augmented reality pathway rather than relying on Apple technology. And recently, he announced a new feature for mixing reality in Pokemon Go – allowing characters to virtually hide behind real-world objects like trees.

This shows that next-generation augmented reality games won’t necessarily be connected to Apple’s LiDAR scanner-based technology or ARKit, but iPhone 12 should give you at least a first-row seat to watch the battle around augmented reality.

Ultimately, however, the arrival of the LiDAR scanner on the iPhone 12 Pro will dramatically increase the number of apps using this technology – and the scanner could be a game-changer for the iPhone’s camera.

What about other LiDAR sensor experiences?

So far, things seem to depend on the interior design, for example: IKEA Place lets you navigate the virtual furniture in your living room, as if you were in a real copy of The Sims.

But while the iPhone 12 Pro’s improved augmented reality mode or the ability to hide virtual objects behind real objects is helpful, it’s still a shiny new use for the LiDAR scanner.

And while the technology is currently more useful to CAD designers and healthcare professionals there is still plenty of room for creativity and surprises in the coming year.

These were the details of the news What does the LiDAR Scanner do in iPhone 12? for this day. We hope that we have succeeded by giving you the full details and information. To follow all our news, you can subscribe to the alerts system or to one of our different systems to provide you with all that is new.