Letter from Istiqlal to the President of the European Parliament 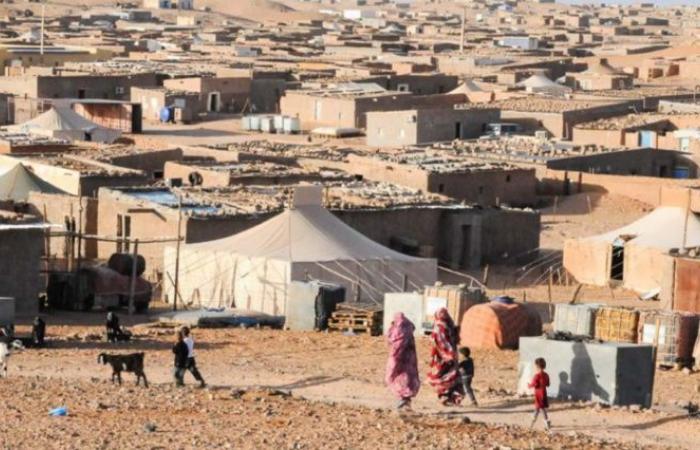 As members of the Moroccan parliament, we would like to draw your attention to the fact that a good part of the aid of the European Union, intended for the Sahrawi refugees in the Tindouf camps, is suspected of being diverted by officials. from the Polisario front, with the possible help of officers from the Algerian army, and is sold on the black market.

This suspicion was confirmed in 2015 by a report from the “European Anti-Fraud Office” and more recently through a hearing and questions from our fellow MEPs at the DEVE committee of the European Parliament in Brussels.

These revelations only confirm a pattern of aid fraud by the Polisario, with the help of Algeria, as reported by several sources in the United States and elsewhere, over the past two decades.

As parliamentarians, we are troubled by these illegal activities. Humanitarian aid is intended for a population living in very difficult conditions in the Tindouf camps, under severe control from the Polisario front and the Algerian army. The “World Food Program” provides 134,000 rations of food daily, but reports from the field and aerial images of the camps show that the number of refugees is unlikely to exceed 60,000 or 70,000. The only way to verify this is Algeria would assume its responsibilities under the Geneva Convention (1952) and proceed with the identification and census of the refugee population, as solemnly requested by the UN Security Council in its annual report ( today biannual) concerning the Sahara. The “High Commissioner for Refugees” and other international entities have also requested that the Sahrawi refugees be counted and identified, but to no avail.

Algeria is the only party responsible for the welfare of Sahrawi refugees on its soil. The delegation of camp management to a so-called liberation movement is illegal and unacceptable under international law. The latter, through the Geneva Convention, is clear regarding the right of refugees to be identified, free to move around the host country, to engage in gainful activity, and to be able to settle in a third party. country if they wish (including Morocco, their native country). All these rights are denied to Sahrawi refugees by Algeria in a flagrant violation of international law.

Therefore, as parliamentarians, as concerned as you are for the well-being of refugees and their rights, but also for the fate of scarce humanitarian aid, we ask you to take the measures you deem necessary, by virtue of your internal regulations and your role as a European parliament, to encourage Algeria to assume its responsibilities and apply the Geneva Convention to the Sahrawi refugee camps, namely, to cease the delegation of the management of the camps to the Polisario front, to identify refugees and stop storing them, allowing them free movement and the freedom to settle anywhere in Algeria or in another country. The Algerian government should also allow an independent investigation into allegations of humanitarian aid fraud and take the necessary steps to return the stolen humanitarian aid, and punish those responsible.

Trafficking in humanitarian aid and weapons of war, as well as the circulation of money between different groups active in the greater Sahara and the Sahel (including elements of the Polisario) engaged in illegal immigration and trafficking in narcotics, kidnapping , acts of terrorism, and ethnic conflicts, should be serious concerns for all of us.

You will agree Mr. President, that Europe and North African countries cannot stand idly by, and see yet another destabilizing factor (namely the theft of humanitarian aid) added to the situation. explosive in the great Sahara and the Sahel region.

We are confident, as colleagues from Morocco, a country engaged in a political dialogue with the European Union, and linked with Europe by a multitude of instruments of diversified partnerships, and concerned about security and well-being. of the Mediterranean basin and the Sahel region, that you will understand our concerns, and take the necessary measures to establish the truth and do justice on this matter.

We look forward to your comments on this important issue, as well as the steps you will take to address it. We also express our willingness to work with you to help shed light on the matter and take the right steps to resolve it.

These were the details of the news Letter from Istiqlal to the President of the European Parliament for this day. We hope that we have succeeded by giving you the full details and information. To follow all our news, you can subscribe to the alerts system or to one of our different systems to provide you with all that is new.