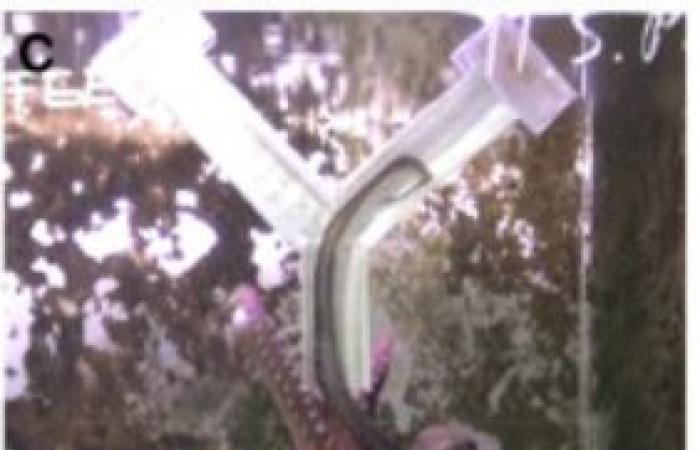 A study, led by researchers from the Hebrew University, provides the first proof that the octopus’ brain receives information from the arms about its location or movement. It also shows for the first time that there is control between the brain and the arm in real time, that is, the exchange of sensory information from the arm to the brain at a relatively high speed in order to make a decision about its continued movement.

The collection of sensory information and the ability to learn, process it and respond accordingly, is an essential aspect of animal behavior. Octopuses, which are considered the most intelligent of the invertebrates even though the exact nature of their intelligence is still unclear, provide us with a unique system for studying the relationship between sensory information, neural processing and motor activity. It is now known that octopuses have the largest nervous system among invertebrates, larger than some vertebrates (such as in mice), with more than half of the nerve cells located outside the brain, body and flexible arms.

Until now, it was accepted that the movement and processing of sensory information was done in the arms

Does the octopus have multiple brains? Many researchers are still struggling with this question. Evidence has been presented in the past that each of the octopus’ arms sometimes functions independently, without exchanging information between them and without central brain intervention, while in other cases a single control factor is presented that correlates the activity of the arms. In any case, in each of the eight octopus arms there are hundreds of snap buttons with thousands of sense cells for taste and touch (this can be likened to eight arms with hundreds of tongues). In the brain, humans and vertebrates have a representation of the body, and the greater the amount of sensory cells in a particular organ (such as the tongue or finger), the larger the area of ​​the brain that represents it. In octopuses in the upper parts of the brain, no evidence of body mapping has yet been found. This is one of the reasons why many researchers believed that the octopus brain receives very limited information from the arms, And that most of the movement and processing of sensory information is done in the arms themselves.

Many studies conducted in recent years in the research group of Prof. Benny Hochner at the Hebrew University support the idea that during evolution octopuses have adapted to the “strange” structure of their bodies, and the unique organization of their nervous system to allow octopuses to function effectively even in the central nervous system. “It is important to understand that unlike our body, where the number of joints is relatively small, a representation of a flexible body such as that of the octopus (which can be imagined as consisting of infinite joints) will require an unrealistic nervous system of complexity. In other words ’embodied organization’ It is the mutual and complex match between the octopus ‘body and the brain that underlies the octopus’ adaptation to its environment, “explains Prof. Hochner.

In a new study conducted by Prof. Hochner, Dr. Michael Kuba and Dr. Tamar Gutnik from the Department of Neurobiology at the Institute of Life Sciences at the Hebrew University, in collaboration with a researcher from Italy – Letizia Zulu, from the Center for Biorobotics at the Italian Institute of Technology, published in the current journal The octopus’ learning abilities were tested and the level of information received from the arms was examined. The researchers built two Y-shaped ‘dungeons’ inside the aquariums where the octopuses were found, allowing them to use only one arm to find the right side where their food source is located. The octopuses could not see the arm or the food inside the maze, but learned that in order to get the food they had to put an arm into the maze and rely solely on sensory information from the arm moving in the ‘maze’.

How does the octopus feel its body?

“The study focused on two senses. The first, proprioception, self-sensation of the body, that is, the ability to” know “where my arm is or what it does even when I do not see it, because octopuses are unable to see their arms inside the maze. Relies on sensory cells between the skeletal muscles and joints, which of course are not found in octopuses. In this experiment the octopuses learned to insert an arm into the maze and always send it in the same direction. The second sense tested was the sense of touch. We noticed that they learned to put an arm in the maze, to ‘feel’ the area and then decide if they chose the right side or needed to change sides. It is worth noting that in this case the octopuses eventually opted for slower search movements, which included exploring the inside of the maze. Significantly different from those found in previous studies, “Dr. Gutnick noted.

The results of the study prove for the first time that the octopus’ brain does receive sensory information from the arms and that from this information the octopus can draw conclusions about the position and movement of the arms. The study also shows for the first time that the brain can control arm movement in real time even without the sense of sight, meaning that there is an exchange of sensory information from the arm to the brain at a high enough speed to make a decision about continued movement. In addition, one of the important findings found in the study is that octopuses do not always use the same arm, meaning information learned with one arm is available for use by another arm. From this it can be concluded that the information itself is not processed or stored at the arm level but in the central brain.

Dr. Gutnick concludes: “Our study makes it clear that although octopus arms have many autonomous movement and sense abilities they are still an integral part of the octopus’ ability as an organism to understand and function in its environment, and when needed they are under central nervous system control. In addition, the study shows us that this is not an animal with nine brains, but an animal with one large brain and eight smart arms. “

To the scientific paper

These were the details of the news The myth is broken: the octopus does not have an independent... for this day. We hope that we have succeeded by giving you the full details and information. To follow all our news, you can subscribe to the alerts system or to one of our different systems to provide you with all that is new.