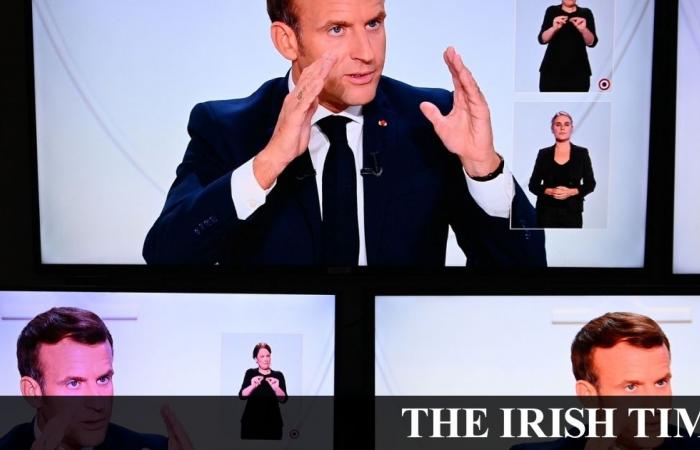 France will impose a curfew from 9 p.m. to 6 a.m. from Saturday in nine zones on high alert against the Covid-19 virus, President Emmanuel Macron announced on Thursday evening.

The curfew applies at least until December 1st.

Earlier, Mr Macron had presented a decree in the cabinet to restore a state of medical emergency, which was declared on March 23 and lifted on July 9.

Public transportation and taxis work during curfew, and people are allowed to work at night if necessary. People who are outside after 9 p.m. for no reason will be fined € 135 for the first offense and € 1,500 for subsequent offenses.

“We are in the second wave,” said Mr. Macron. “The virus is circulating all over Europe. Germany is taking action. The situation in Spain and the Netherlands is worse than here. “

Some victims experience long-term cardiac, digestive, or other effects, said Macron. “We don’t fully understand the virus. It is dangerous and serious for everyone. We are currently seeing 20,000 new cases every day. Another 200 citizens enter the intensive care units every day. “

A third of beds in French intensive care units are now occupied by Covid patients, which creates unbearable pressure, Macron said. Last spring, the virus was geographically limited and patients could be transported to less affected areas, he said.

“Today the virus is everywhere in France. There are no hidden reserves, ”said Macron. “Our medical staff are exhausted. We don’t have any beds in reserve. That is why we have to take the toughest measures. . . We hear people say, “Don’t take my liberty.” We are a nation of citizens. If I don’t brake, I’ll endanger my father, mother and siblings. “

Macron said remote working was comfortable for people with country houses but difficult for people in small apartments with children. Ideally, employees should work remotely two or three days a week to reduce traffic and pressure on public transportation.

Mr Macron defended himself against allegations that his strategy had infantilized citizens. “We are all actors in this fight against the virus,” he said. “We need common rules. This is not infantilization. All of our neighbors do that. “

In the run-up to All Saints’ Day in November, there were concerns that travel within France might be restricted. It will not.

“Asking people to stay home and not go on vacation would be disproportionate,” Macron said, urging citizens to follow the same precautions – face masks, social distancing and no gestures of affection – when visiting relatives . He also advised them to ventilate closed rooms for 10 minutes three times a day and to adhere to the “rule of six”.

Mr. Macron expressed his condolences to the French youth. “It’s hard to be 20 years old in 2020,” he said. The boys’ exams have been canceled. They are concerned about training, about finding their first jobs. “It’s normal to party with friends when you are young. For a few weeks or months we ask them to see less of each other. “

According to Macron, France is currently performing between 1.2 and 1.4 million Covid-19 tests every day. He admitted the wait for tests and results was long, but said that will soon change as new tests will give results in less than half an hour and eventually there will be home test kits similar to those used for pregnancy.

On October 22nd, France will also release a new version of its failed stop-covid tracing application.

These were the details of the news France is imposing a coronavirus curfew from 9:00 p.m. to 6:00... for this day. We hope that we have succeeded by giving you the full details and information. To follow all our news, you can subscribe to the alerts system or to one of our different systems to provide you with all that is new.