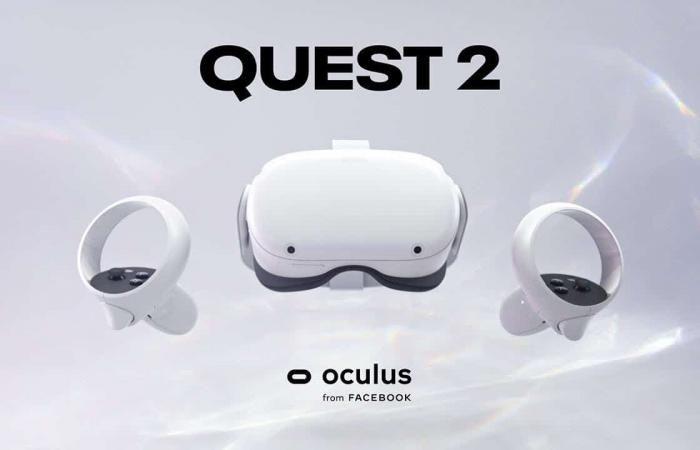 Facebook announced on Tuesday that it will start shipping its new Oculus Quest 2 virtual reality glasses, which it announced in mid-September.

“The Coast 2 Quest 2 is smaller and lighter than the original Coast glasses, offering faster performance and the highest resolution screen ever – and it starts at just $ 299,” Facebook said in a blog post.

Last month, Facebook said: “Oculus Coast glasses have changed the rules of the game in the wireless virtual reality glasses market, providing new experiences for enthusiasts and new opportunities for developers, all while introducing immersive games to newcomers to the field of virtual reality around the world.”

The new Oculus Quest 2 glasses feature a powerful processor (Snapdragon XR2) from Qualcomm, the American company, that provides the glasses with artificial intelligence capabilities, and the glasses also contain a random access memory (RAM) of 6 GB.

The new glasses from Facebook come with two screens, each with a resolution of 1920 x 1832 pixels, 50 percent higher than the Oculus Quest sunglasses. The screen also supports a high refresh rate of 90 Hz.

Facebook said: The new Oculus Quest 2 glasses give the user access to many video games, such as: Star Wars: Tales from the Galaxy’s Edge, Myst, Jurassic World Aftermath, Warhammer 40,000 Battle Sister, Pistol Whip: 2089, and The Climb 2, and Rez Infinite.

Facebook has warned that its new glasses are compatible with the Oculus Link service, allowing the user to access virtual reality games for personal computers, such as: Asgard’s Wrath, Stormland, Lone Echo, and upcoming games, such as: Lone Echo II, and Medal of Honor: Above and Beyond.

These were the details of the news Facebook starts selling its new Oculus Quest 2 glasses for this day. We hope that we have succeeded by giving you the full details and information. To follow all our news, you can subscribe to the alerts system or to one of our different systems to provide you with all that is new.