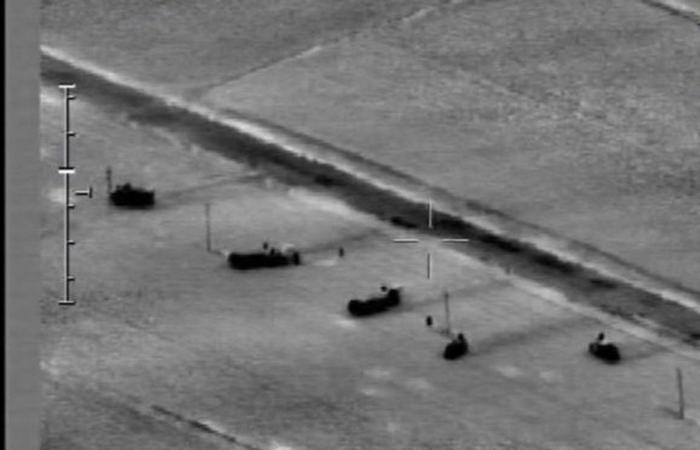 The two nations are in conflict since the end of September because of Nagorno-Karabakh, a separatist region that is in Azerbaijan, but is of ethnic Armenian majority (see below).

According to the Armenian authorities, the equipment hit was in their territory, not in the Nagorno-Karabakh conflict zone.

In a statement, the Armenian Ministry of Defense accused Azerbaijan of “increasing the geography of the conflict by attacking the sovereign territory of Armenia”. Armenians have stated that they consider have the right to attack troops and military objects from the opposing country.

It was the fifth consecutive day of conflict after a negotiated ceasefire in Russia that, theoretically, should have taken effect on Saturday.

Azerbaijan also accused Armenia on Wednesday of trying to attack its oil and gas pipelines, warning of a “severe” reaction.

Armenia responded by saying that Azeri forces want to take control of Nagorno-Karabakh and accused Azerbaijan and its ally Turkey of “aggression”, despite Saturday’s ceasefire agreement.

Fiery rhetoric led Russia to appeal again for both sides comply with the humanitarian truce. But Moscow and Ankara also exchanged accusations over the conflict, which has killed more than 500 people since September 27.

Fears are growing that two regional powers are drawn into conflict being locked close to the Azeris pipelines, which transport oil and gas to international markets.

“Armenia is trying to attack and take control of our pipelines,” Azeri President Ilham Aliyev said in an interview with Turkish broadcaster Haberturk.

“If Armenia tries to take control of those pipelines, I can say that the outcome will be severe for them.”

The Azerbaijani Ministry of Defense has said that it will destroy all Armenian military installations that target Azerbaijan civilian locations.

On October 11, rescuers and dogs seek survivors in the rocket blast during the conflict in the separatist region of Nagorno-Karabakh, in the city of Ganja, Azerbaijan. – Photo: Umit Bektas / Reuters

The Armenian Defense Ministry has denied shooting at civilian targets, but said it reserves the right to target any military installation and fight movements in Azerbaijan.

Nagorno-Karabakh is a territory populated mainly by Armenians. The region declared independence from Azerbaijan just before the fall of the Soviet Union. This movement sparked a war that caused 30,000 deaths and hundreds of thousands of refugees from both sides in the 1990s.

Since then, Baku has accused Armenia of occupying its territory and armed clashes are recurrent.

The ongoing hostilities have been the most serious since 1994. After nearly 30 years of diplomatic stalemate, Azerbaijan’s president, Ilham Alyev, promised to retake control of this territory, including by force, if necessary.

Countries blame each other for this year’s conflicts, which have already caused more than 600 deaths – the real number is higher; Azerbaijan does not report military casualties.

These were the details of the news Azerbaijan attacks missile launcher system in Armenian territory | World for this day. We hope that we have succeeded by giving you the full details and information. To follow all our news, you can subscribe to the alerts system or to one of our different systems to provide you with all that is new.