A special message to the world .. Getafe changes his name... 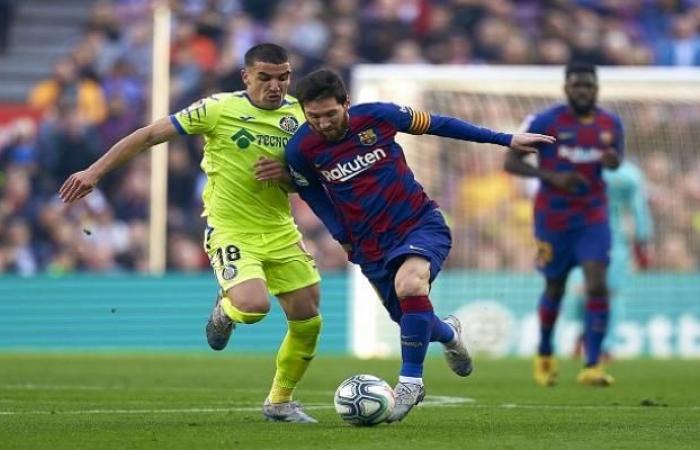 In an unusual gesture, Getafe has decided to change its name in the next match in which he faces his guest BarcelonaWithin the sixth round matches of La Liga.

Barcelona will be a heavy guest on Getafe next Saturday night in the sixth round of La Liga at the “Coliseum Alfonso Perez” stadium.

Getafe decided to remove the first part of his name “Geta” to become his name in “Fe”, which means faith in the Spanish language, and the temporary change will be until the end of the Barcelona match.

Getafe added in his statement: “The club has decided to send a positive message to the world, because if history proves anything, it is that we are able to conquer any adversity, and for this reason the club wants to ask the world not to lose hope, because it is capable of doing great things that cannot be imagined.” “.

It is noteworthy that Getafe was founded in 1983 in one of the regions of the capital, Madrid, with the same name, and appeared in the First Division for the first time in its history during the 2004-2005 season, and is currently playing its fourth consecutive season among adults.

Getafe played 4 games in the current season of the Spanish League, during which he collected 7 points to occupy the seventh place, behind Barcelona, ​​who played 3 games and ranks fifth in the table.

These were the details of the news A special message to the world .. Getafe changes his name... for this day. We hope that we have succeeded by giving you the full details and information. To follow all our news, you can subscribe to the alerts system or to one of our different systems to provide you with all that is new.