The latest Corona disasters … Hearing is in danger 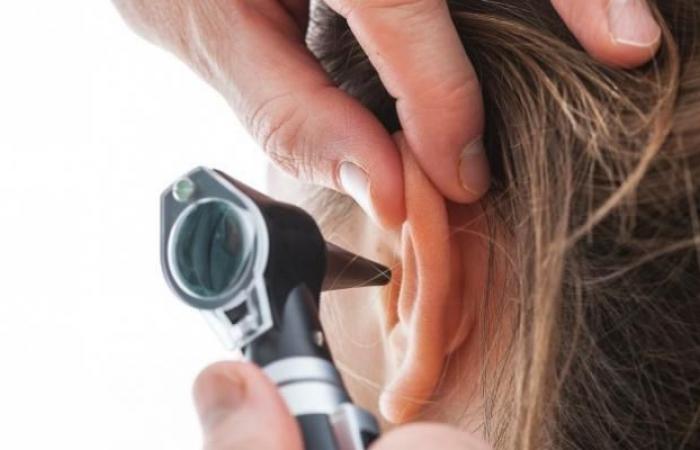 Doctors have warned that sudden and permanent hearing loss, although rare, may be related to the emerging corona virus (Covid-19) epidemic in some people, as the British “first case” was reported in the BMG medical magazine.

This possible side effect of Covid-19 infection has been added to the multiple symptoms of the epidemic, according to the journal.

The specialists said that “despite the extensive literature on Covid-19 and the various symptoms associated with the virus, there is a lack of discussion about the relationship between Covid-19 and hearing.”

They called for a hearing loss screening in the hospital, including intensive care as it is easily bypassed, to allow for prompt treatment with steroids that provide the best chance of restoring hearing.

So far, few other cases related to Covid-19 have been reported, as no case has been detected in the UK, according to these specialists.

Ear, nose, and throat specialists often notice sudden hearing loss, at a rate of 5 to 160 cases per 100,000 cases each year. The reasons are not clear, except that this sensory deficiency may be due, for example, to a blockage of blood vessels, but also after a viral infection, such as influenza, herpes viruses, or cytomegalovirus.

The authors of the report described the case of a 45-year-old man with asthma being treated for the Covid-19 epidemic in their hospitals.

He was tied to a ventilator in the intensive care unit because he was suffering from difficulty breathing, and he began to improve after receiving treatment (remdesivir, intravenous steroids, blood plasma …).

A week after his breathing tube was removed and he was discharged from resuscitation, he felt an abnormal ringing in his left ear, followed by sudden hearing loss.

After the examination, it was found that his ear canals were not blocked and not inflamed, and his eardrum was healthy. A hearing test confirmed hearing loss in his left ear from which he only partially recovered after treatment with a corticosteroid.

Other possible causes, such as influenza, HIV or rheumatoid arthritis, were ruled out, and doctors concluded that his hearing loss was associated with the epidemic.

In Thailand, the first case of hearing loss reporting COVID-19 alone was reported in April 2020.

The SARS-Cove-2 virus, which is responsible for Covid-19 infection, and is associated with a specific type of cells lining the lungs, has been detected in similar cells in the ear.

This virus also leads to inflammation and an increase in the substances (cytokines) that lead to hearing loss, according to the authors.

These were the details of the news The latest Corona disasters … Hearing is in danger for this day. We hope that we have succeeded by giving you the full details and information. To follow all our news, you can subscribe to the alerts system or to one of our different systems to provide you with all that is new.