Honors for Tradie who died in the Curtin University canopy 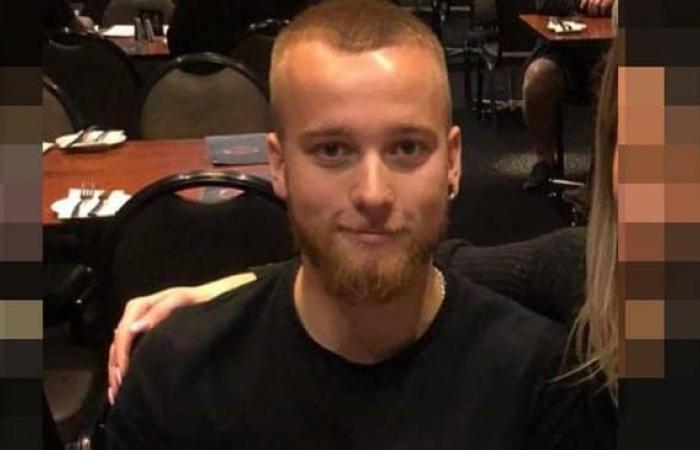 The girlfriend of an apprentice who was killed after a glass roof collapsed on a building site at Curtin University in Perth has described him as a “handsome man” and her soulmate.

The 23-year-old Jonnie Hartshorn fell more than 20 meters through a glass roof of the university shortly after noon on Tuesday.

Two of his colleagues, both over 20 years old, were also injured – one seriously.


“The moment our eyes met, we both knew… you are my other half. The missing piece of me, ”she wrote.

“I’ll miss your karaoke singing in the car. I will miss your voices and the faces you draw.

“I’ll be missing your good morning news and random check-ins throughout the day every morning to see if I’m okay.

“I will miss you and always make sure I knew you felt happy to be with me, but I know how really blessed and happy I was to have you in my life.

“Last week I told my best friend that I was in love with this guy, I almost told you. But I didn’t do it. This is my only regret.

“I don’t really know how life will go on now. Nobody had ever seen me as happy as when we were together.

“The world has just gotten very, very dark and gloomy. A handsome man was taken from everyone today and it shouldn’t have happened.

“I knew some time ago that I had found the ying for my yang. My soulmate, my best friend, everything I could have ever wanted in life was right there with him and I knew he would take care of me forever. ”

Mr. Hartshorn’s aunt described him as “the most beautiful soul”.

Another loved one wrote: “We all adored him so much and will miss him terribly.”

Firefighters previously freed the other two men, who had suffered multiple injuries and were trapped in the rubble.

Paramedics took the couple to the Royal Perth Hospital, where they underwent surgery and are still fighting for life.

The other, who worked on a lower level and fell 10 meters, is in stable condition.

The collapse occurred in Building 418, which is under construction at the north end of the campus. The project is operated by Lendlease.

All three men were subcontractors and, according to Mr Hartshorn’s Facebook page, he was employed by ABS Facade, a company that specializes in the design, manufacture and installation of commercial facades.

The company declined to comment on NCA NewsWire on Wednesday.

“We are deeply saddened by this tragic incident and our immediate priority is to support the families, friends and colleagues of the workers,” he said in a statement.

“The website remains closed and the Curtin University team is supported during this difficult time.”

The cause of the collapse has yet to be determined, but CFMEU Secretary of State Mick Buchan alleged safety concerns had recently been raised about the deflection of the structural steel.

A WorkSafe spokeswoman told NCA NewsWire there was no record of concerns dating back to January last year.

Meanwhile, Washington Secretary of Labor Relations Bill Johnston is deeply disappointed that Parliament has not yet passed the Health and Safety at Work Act, which aims to tighten penalties for companies that fail to ensure the safety of workers Has.

“The bill came into parliament last year, was the subject of two inquiries that support its passage, and was debated in the Legislative Council for several weeks,” he said in a statement on Wednesday.

“In view of the tragic death yesterday, I demand that there are no more unnecessary delays.”

Mr Johnston said he expected the bill to pass the House of Lords this week.

“I was devastated when I heard about the tragic death at Curtin University,” he said.

“As I have said many times, the death of a worker is one too many.”

Electrical Trades Union official Damian Clancey said workers had closed gaps between the panels and put lightning bolts on them.

“(There was a) massive crash as I passed the front of the building,” he told reporters.

Mr Clancey said if the incident had happened five minutes earlier – before many took their lunch break – at least 20 other people would have been busy on the site.

A Curtin University spokesman said there were no staff or students in the area.

“Curtin University would like to express its sincere condolences, thoughts and support to everyone affected by the tragic incident on campus today,” the spokesman said.

WA Prime Minister Mark McGowan also recognized the “terrible tragedy” in Parliament and passed his thoughts on to those involved.

The police will prepare a report for the coroner and WorkSafe will conduct its own investigation.

These were the details of the news Honors for Tradie who died in the Curtin University canopy for this day. We hope that we have succeeded by giving you the full details and information. To follow all our news, you can subscribe to the alerts system or to one of our different systems to provide you with all that is new.