The space station’s solar panels and the windows show traces of... 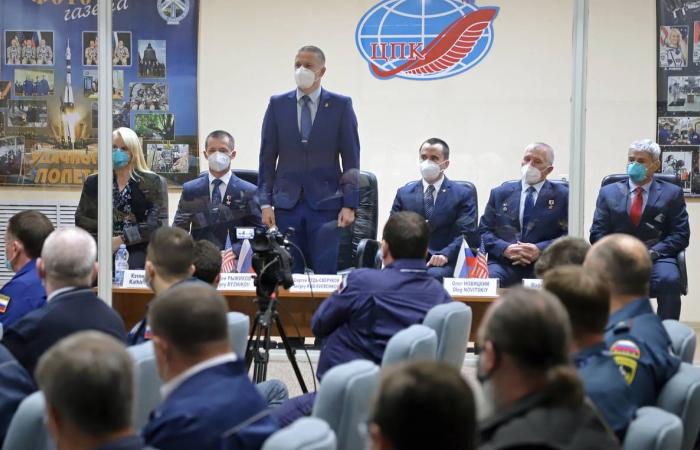 “Of course, the elements on the outside of the station are slightly damaged: micro-canyons [from micrometeorites] can be seen on solar panels and windows, “said the cosmonaut.

These effects are projected and the space station has an increased margin of safety, he said.

“The situation is constantly monitored. Both experimental and permanent equipment is supplied to register any micro-hits and additional damage. An analysis of the deterioration of the solar panels and power supply to the station is carried out. It is for this reason that the station has been in orbit for over 20 years and the degradations that exist are below the projected damage, “said the Roscosmos cosmonaut.

A Soyuz 2.1a launcher with a manned Soyuz MS-17 spacecraft is scheduled to fire at 8:45 a.m. Moscow time on October 14 from location No. 31 (Vostok launch pad) of the Baikonur spaceport in Kazakhstan to target Roscosmos cosmonauts extradite Sergei Ryzhikov and Sergei Kud-Sverchkov as well as NASA astronaut Kathleen Rubins to the orbit outpost.

The spaceship is scheduled to dock with the Rassvet module of the orbital outpost at 11:52 a.m. Moscow time that same day. Therefore, the flight will continue for the first time with the two-orbit scheme.

During the new long-term expedition, Russian cosmonauts Ryzhikov and Kud-Sverchkov will conduct 55 scientific studies and experiments, including four new probes. Three scientific experiments are carried out without crew involvement. The cosmonauts are also supposed to do two space walks. One of these will take place in November 2020 and the other in February 2021.

Both spacewalks are required to undock and dispose of the Pirs module in the next year. This is required to clear the way for Russia’s new Nauka (Science) module, which will be launched in April 2021.

Roscosmos cosmonauts Anatoly Ivanishin and Ivan Vagner and NASA astronaut Chris Cassidy are currently working on board the outpost.

These were the details of the news The space station’s solar panels and the windows show traces of... for this day. We hope that we have succeeded by giving you the full details and information. To follow all our news, you can subscribe to the alerts system or to one of our different systems to provide you with all that is new.