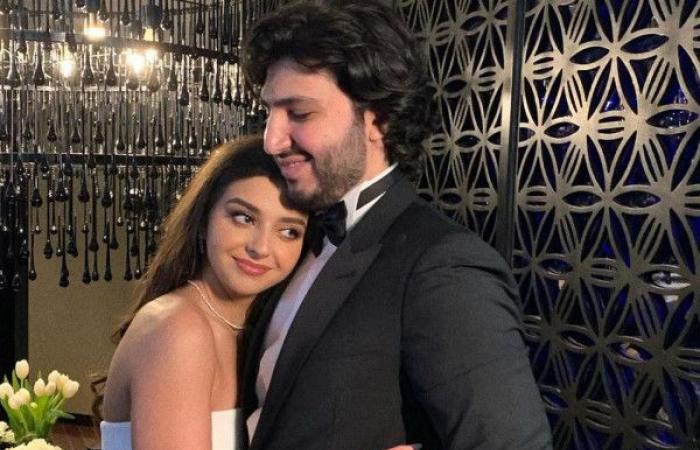 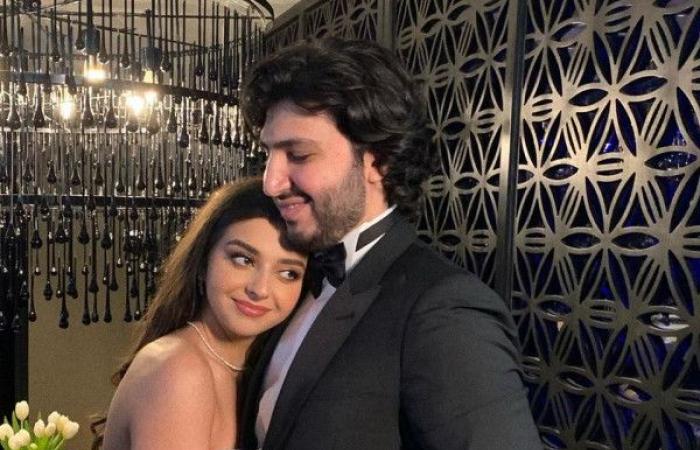 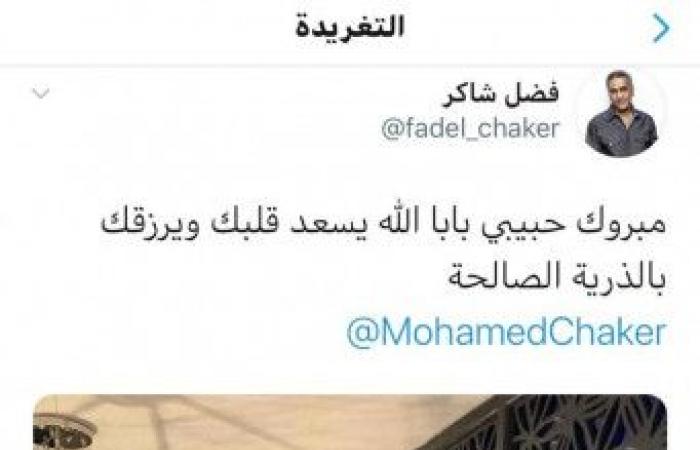 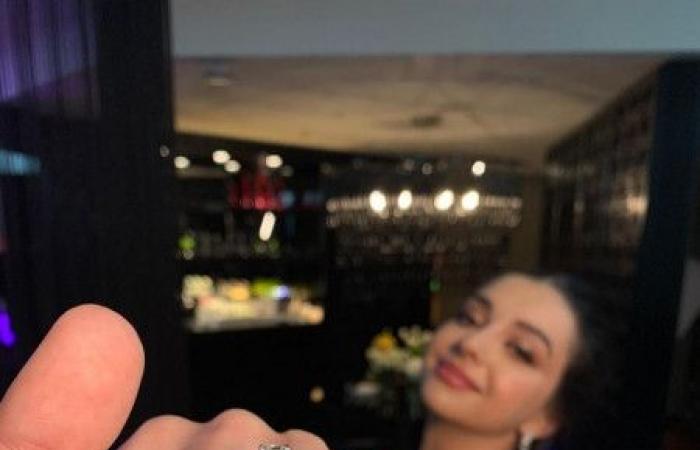 In a family party, the Lebanese artist Fadl Shaker celebrated the wedding of his son, artist Mohamed Fadl Shaker, on Katrina Mourad.The ceremony took place in a family atmosphere and in the presence of a number of close friends only, in compliance with the precautionary measures related to the emerging (Corona) virus. 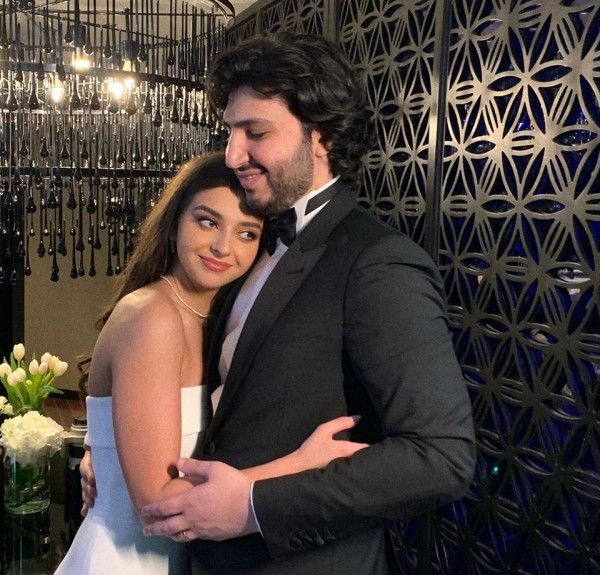 Fadel Shaker congratulates his son on his wedding

According to (Layalina), Fadl Shaker was keen to congratulate his son on the wedding by posting a picture on his account on the social networking site “Twitter” that gathered Muhammad wearing a suit, whether embracing his bride, who wore a white dress, and attached it to the comment, “Congratulations Habib Baba God makes your heart happy and blesses you with good offspring.” 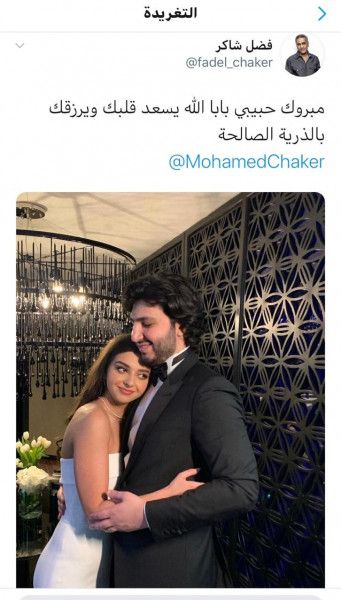 And a large number of Twitter pioneers expressed their admiration for the look of the bride, Katrina, praising her beauty. And one of the admirers commented, saying: “Oh God, I did you marry your son with a complex” and commented again: “His wife is sweet.”

A number of art stars were keen to congratulate Fadl Shaker on his son’s wedding.

Fadl Shaker fans are asking for a new song

The comments of social media pioneers congratulated Fadl Shaker on the wedding of his son Muhammad, while a number of him asked him to put forth a new song for this occasion, expressing their desire to hear his voice as soon as possible.

And in November of 2017, Muhammad Fadl Shaker announced his engagement to Katrina Murad, through a photo he posted on his official Instagram page, showing his hand next to a girl’s hand and putting the sermon rings, and I attached the photo with a comment: A very rare soul. 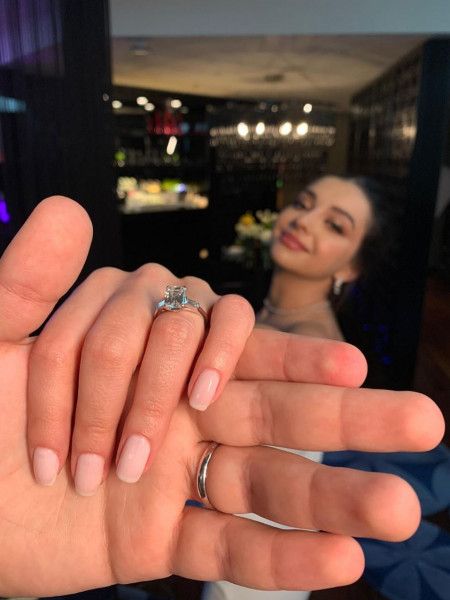 Who is Katrina Murad?

She is a Lebanese girl named Katrina Ayman Mourad, a young woman at the age of 22, from the Shihim district of the Chouf district. Her father is an engineer. She is an engineering student specializing in jewelry design and her husband is three years younger.

The last work of Muhammad Fadl Shaker, who inherited from his singing father, my song “Khulat Al Qisaa”, which was presented on social networking sites, from the words of Ziad Jadid and composed by Shady Jarour, and the distribution of Rawad Hamder, and “Habibi Qalbi”, which was presented by Kadio with the singer Rima Youssef, who is from Words and composed by Rima Youssef, and distributed by Abbas Sabah, and were filmed during the coronavirus quarantine period.

The Lebanese singer is currently collaborating with composer Tiam Ali on a new song in the Egyptian dialect entitled “I Am Tayyip”, which is written by Muhammad Jeshm, distributed by Ali Abaza, and it is scheduled to be recorded in the coming days.

Among the most prominent works presented by singer Muhammad Shaker are the song “Majrouh”, “Arefinak”, “Ya Hayati” and “Lama Tahan”, in addition to many artistic works.

These were the details of the news Witness: Muhammad Fadl Shaker enters the golden cage with Katrina …... for this day. We hope that we have succeeded by giving you the full details and information. To follow all our news, you can subscribe to the alerts system or to one of our different systems to provide you with all that is new.