The earth’s space debris problem is getting worse and there is... 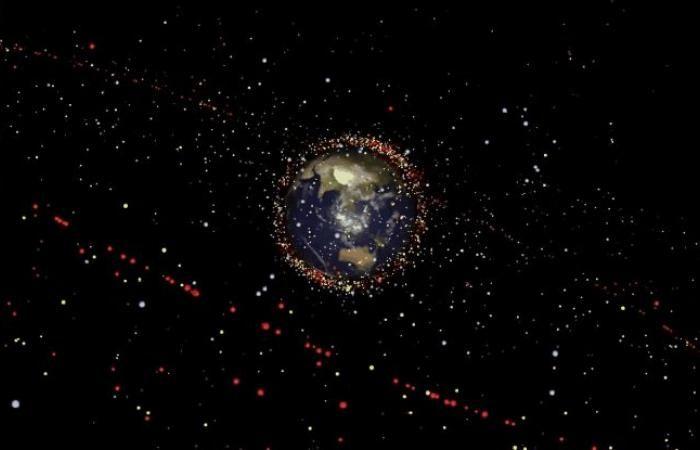 Before humans began to orbit objects, the pocket of space around our planet was clear and clean. But the launch of Sputnik 1 in October 1957 changed everything. Since then, the debris from space has accumulated and the number of useless satellites that no longer exist is far superior to the operational objects in our orbit.
A new annual report from the European Space Agency (ESA) stated that we are aware of the problem and have taken steps in recent years to mitigate it. However, these steps are currently not keeping up with the volume of space debris.

All space travel nations have contributed to the problem that matters: As more and more non-existent objects populate near-Earth space, the risk of collision increases – which creates even more space debris when objects crash and break.

The dangers were particularly pronounced last year. Not only did we watch two large dead satellites almost collide, but the International Space Station had to perform emergency maneuvers three times to avoid colliding with space debris.

However, according to the ESA report, collisions are nowhere near the biggest problem. In the past 10 years, collisions were responsible for only 0.83 percent of all fragmentation events.

“The biggest contribution to the current problem of space debris is orbit explosions caused by residual energy – fuel and batteries – on board spacecraft and rockets,” said Holger Krag, head of ESA’s space security program.

“Although steps have been taken to prevent this for years, we are not seeing a decrease in the number of such events. End-of-mission disposal trends are improving, but only slowly. ”

The causes of fragmentation events over the past decade. (ESA)

The problem of space debris was first raised in the 1960s, but it took a long time to identify and implement mitigation measures. Space nations can now plan much better what will happen to satellites and rockets at the end of their missions.

Reusable missiles are a big deal even though the technology is still in its infancy. For decades, rocket boosters simply had to drift away after putting their payloads into low-Earth orbit. Some of these discarded boosters have been around for decades.

Other mitigation measures include designing and building spacecraft that can better withstand the harsh environment of outer space without disintegrating. Release of stored energy and fuel to reduce the risk of a broken spacecraft exploding; and once a spacecraft’s mission is over, move it into safer orbit.

This would either mean a “cemetery orbit” high above near-Earth space that would be used for operational spacecraft, or would bring them into Earth’s atmosphere to be incinerated as a convenient disposal system upon reentry.

According to ESA’s statistical model, there are over 130 million anthropogenic space debris that is smaller than a millimeter. We can only hope to do something about the problem together.

The good news is that over the past decade, the number of space nations adhering to international guidelines has increased. Those who do not adhere to orbit guidelines are increasingly adhering to space debris mitigation measures.

But how we use the space changes. Satellite swarms, smallsats and “constellations” are becoming more and more common. SpaceX’s StarLink alone has put hundreds of satellites into low-earth orbit. According to ESA, it’s more important than ever that everyone works together to keep our little corner of the room as clean as possible.

“The accelerated increase in the number of satellites being put into low-earth orbit is clearly visible in our latest report,” said Tim Florer, director of ESA’s space debris office.

“In order to continue to benefit from the science, technology and data associated with operations in space, it is important that we better adhere to existing guidelines to reduce debris in the design and operation of spacecraft. This cannot be emphasized enough – it is essential for sustainable use. “Place.”

ESA is actively working on solutions. It has commissioned a project to try to collect space debris. The proof of concept should begin in 2025. They are also trying to develop technologies to automate collision avoidance maneuvers so that human controllers don’t have to track and control every device or decommissioned satellite in near-earth space.

And measures like a space sustainability rating can help nations develop space technologies by providing a regulatory compliance foundation.

“Space debris is a global problem for the near-earth environment, to which all space travel nations have contributed and for which only a globally supported solution can be the answer,” wrote the ESA in its report.

You can read the full report here.

These were the details of the news that the space debris problem is getting worse and there is one … for the day. We hope that we managed to give you all the details and information. To keep up with all of our news, you can subscribe to the notification system or one of our various systems to receive everything new.

These were the details of the news The earth’s space debris problem is getting worse and there is... for this day. We hope that we have succeeded by giving you the full details and information. To follow all our news, you can subscribe to the alerts system or to one of our different systems to provide you with all that is new.