The 19-year-old woman discovers that her stepfather secretly filmed her in... 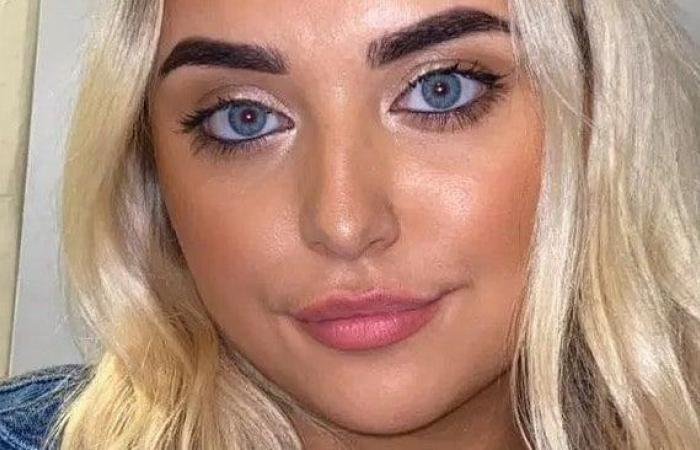 Two years ago, Welsh teenager Lauren Brightwood had been a happy girl with a supportive family – including her stepfather Thomas ‘Craig’ Lewis.

But on November 27, 2018, as Lauren took a bath and pampered herself before her 18th birthday celebrations the next day, she noticed something strange behind the glass window above her bathroom door.

It was Lewis’ phone, the man who had been a father figure to her since she was four.

RELATED: Mother Dies After Baby Is “Stolen” From Womb

Lewis initially declined to film Lauren after she and her mom Michelle confronted him, telling them that he was looking for the teenager when he thought she was crying and that it was the vacuum cleaner, not his phone that she had discovered.

But he eventually gave in and admitted that he was spying on them and they reported him to the police.

Since the incident, Lauren says her life has “completely changed” and that she will “never fully trust people again.”

“I’ve never had anxiety before, but now I’ve suffered from anxiety, depression, and thoughts of suicide. I am a different person. I’m more careful going into a house I’ve never been before looking around the room to see if there are cameras sometimes, ”she said Wales Online.

Lauren said Lewis “basically raised me” and they had “any normal father-daughter relationship,” and her mother now struggles with guilt for marrying him.

“I was traumatized. I can’t look back on our family photos together, I can’t think about our vacation because I see everything differently, but I trusted him completely, it’s what you do in a relationship – I always let him bathe you “, said Michelle.

Michelle and Lauren had lost all contact with Lewis’ family and had financial problems.

But Lauren says that even though it’s been a struggle, she hopes to share her experience with others, and has launched an Instagram page and YouTube channel.

“It was hard, but I’ve never regretted telling my mother or the police,” she said.

Andrea Taylor, a Northhamptonshire police officer, said in a statement that Lewis’ actions were “very predatory” and praised Lauren for her bravery.

“It took a long time to close this case, and I would like to commend the victim for their determination and courage during this time to see it through to the end,” she said.

“I hope that the fact that Lewis is guilty of the crime offers her some comfort and allows her to get on with her life.

“Lewis’ behavior was very predatory – he completely violated this girl’s privacy and I’m glad he was convicted. What he did was utterly shameful and I hope he will think about these terrible incidents for a long time. ”

Lewis will be sentenced on Friday at Northampton Crown Court.

These were the details of the news The 19-year-old woman discovers that her stepfather secretly filmed her in... for this day. We hope that we have succeeded by giving you the full details and information. To follow all our news, you can subscribe to the alerts system or to one of our different systems to provide you with all that is new.