Jumblatt reveals the name of the Minister of Education in Adib’s... 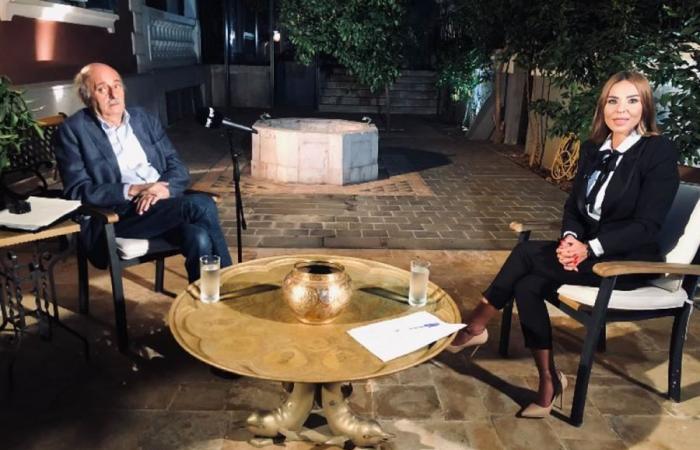 The head of the Progressive Socialist Party, Walid Jumblatt, indicated that “the constitutional norms have changed according to the constitution, if there is still a constitution to name the blocs from Baabda and according to the votes it assigns a prime minister and today there is a new custom and self-assignment.”In an interview with Al-Jadeed TV, Jumblatt said: “Specifications change and Hariri says he wants a government of specialists without politicians, but we ask, is he not a politician?”

He added, “In favor of Saad Hariri, I told him it is better to name someone as I said to President Macron. It is better to be a second person, and at that time the name was Nawaf Salam.”

Jumblatt stressed that Hezbollah had reservations about the way Macron spoke when he said we want this government, but I do not know what the party’s background is, and Macron made it clear that they are recommendations, not instructions.He also revealed that “President Najib Mikati called MP Wael Abu Faour and informed us that the Druze will be represented by Abbas Al-Halabi as Minister of Education in Mustafa Adib’s government, which did not see the light.”

On the other hand, Jumblatt said, “The French reached an impasse and I contacted Hariri, and the call was unfriendly, but I did not tell him to give the money to the Shiites forever and ever.”

He stressed that “Hezbollah and the Amal movement will name ministers with a political affiliation, and Hariri visited Aoun, and the latter might have told him,” You want to see Gibran’s sake.

He told Hariri: “You, Sheikh Saad, a virgin politician, do you want to answer the angels of ministers? And Amal, will they answer the astronauts and ministers?”

He continued: “I speak from an absolute national and ask the Finance and Interior ministries that are forbidden to the Druze, and we received health, so did we fail in it? Do we have the right to name? My name is Bilal Abdullah, Minister of Health, or Walid Ammar and Energy.

These were the details of the news Jumblatt reveals the name of the Minister of Education in Adib’s... for this day. We hope that we have succeeded by giving you the full details and information. To follow all our news, you can subscribe to the alerts system or to one of our different systems to provide you with all that is new.